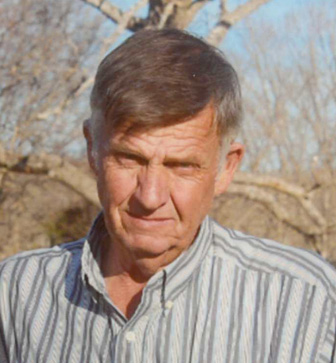 Gary Max Harvill, 68 years, 1 month, 14 days old, of Oldfield, Missouri, passed on to Heaven on February 2, 2019 at Mercy Hospital with his wife, Sandra and his family by his side.

Gary worked hard at various jobs throughout his life. He started at the cheese plant in Bradleyville in the early 70’s. Even as a little boy, Gary always loved farming. His farming endeavors were raising hogs, milking cows for 35 years and later years went to an all beef cattle operation. Gary especially enjoyed the spring time calving season. In his spare time Gary enjoyed driving the Ava School Bus for others and then purchased his own route, driving for over 40 years. Along the way he acquired many special friends and always found plenty of time to stop and talk.

On December 19, 1971, Gary and Sandra Bruffett were united in marriage at Ava, MO and were blessed with two daughters, Shellie and Kimberly.

Gary was a Christian and member of the Mt. Olive Missionary Baptist Church at Highlonesome. Gary’s joy was spending time with his family. The light of his life was his grandchildren and being able to share time with them on the farm.

He was preceded in death by his parents, Oren and Sybil. Gary is survived by his wife, Sandra of the home, two daughters and their spouses, Shellie & Clint Marler, and Kimberly & Casey Ewing, four grandchildren, Colton & Wyatt Marler and Garrett & Reagan (his little Princess) Ewing, two brothers and their spouses, Bobby & Gerty Harvill, Mickey & Debbie Harvill, one sister, Shirley & Steve Clark, special cousin, Phyllis, many nieces, nephews, cousins, and other relatives and many friends.

Funeral services for Gary were held on Tuesday, February 5, 2019 at 10:00 a.m. in  Clinkingbeard Funeral Home, Ava, MO with burial following in the Mt. Olive Cemetery at Highlonesome. Visitation was Monday, February 4th from 6:00 p.m. to 7:30 p.m. in the funeral home. Officiating was Pastor Jerry Loveland. Memorials may be made to Mt. Olive Cemetery at Highlonesome or St. Jude Children’s Research Hospital.  On line condolences may be made to www.clinkingbeardfuneralhome.com.