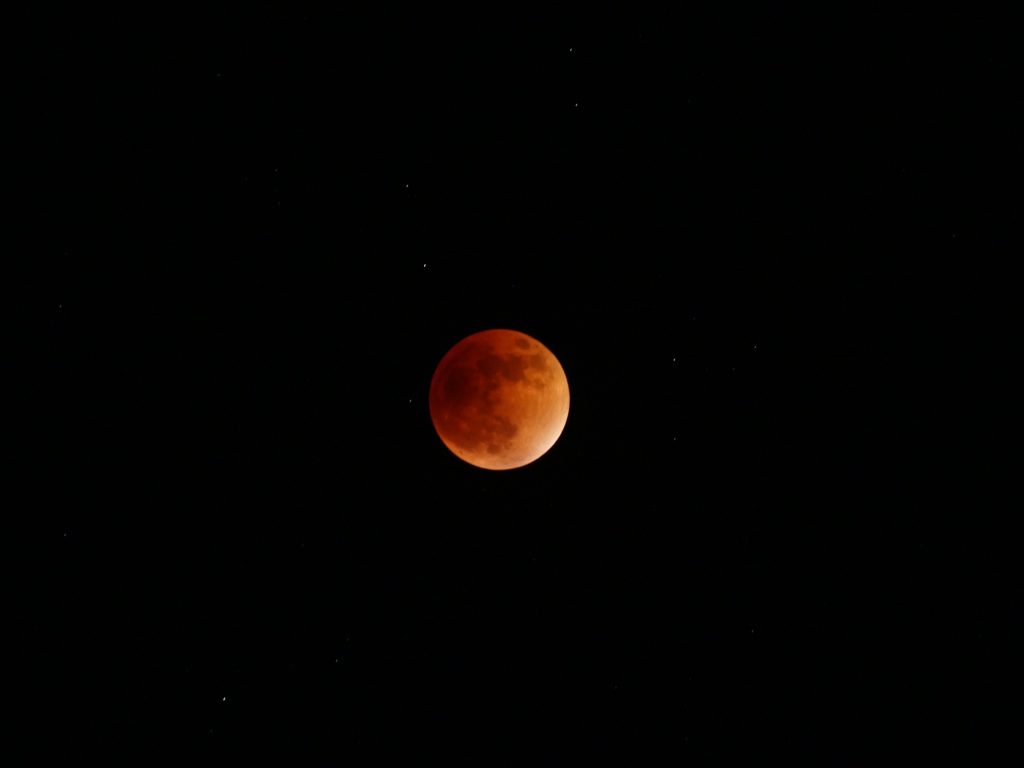 2019’s only total lunar eclipse will happen this Sunday night. The edge of the moon will first enter the shadow of the Earth at 8:36 p.m.

The moon will be completely within the Earth’s shadow by 10:41 p.m., with the moment of greatest eclipse happening at 11:12 p.m.

So much for the basics. What’s with the big fancy name?

It’s a “Super” moon because it will be closest to the Earth in its monthly orbit. Super moons can appear slightly larger than normal in the night sky.

It’s a “Blood” moon because it appears tinted red or orange as it moves into the Earth’s shadow.

And it’s a “Wolf” moon because it’s happening in January. January full moons are often referred to as a Wolf moon. Other months have different names. February has Snow moons, March has Worm moons, and April has Pink moons, etc.

The current weather forecast for Sunday night is clear and cold, so area residents should be able to bundle up and enjoy the show outdoors.

If the weather changes before then you can watch a live stream of the eclipse online at www.timeanddate.com.

Either way, don’t miss this one. The next total lunar eclipse won’t happen until May 26, 2021.

And that one probably won’t have such a cool name, either.