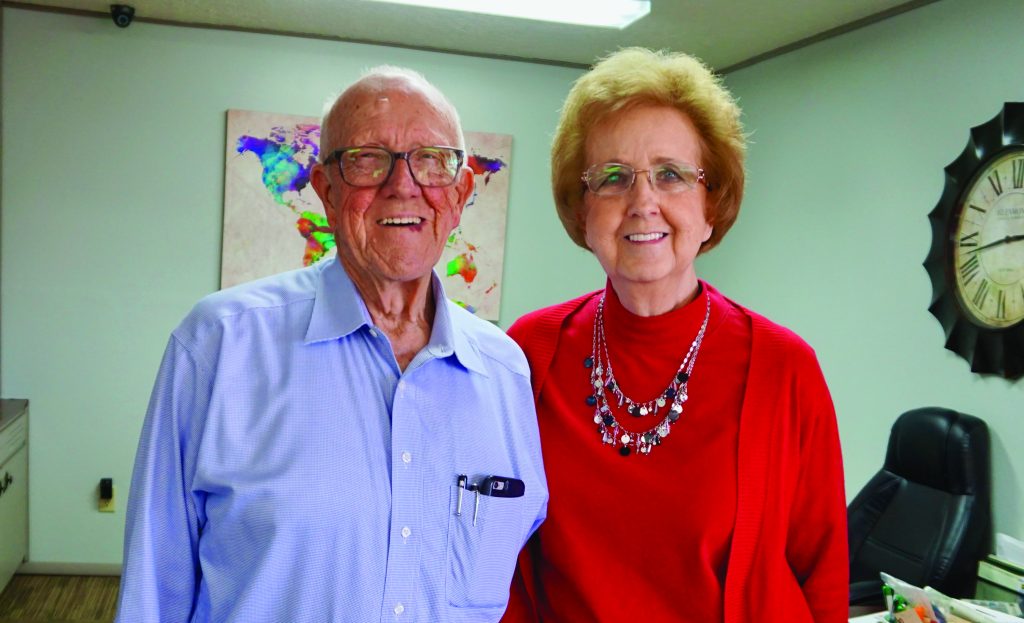 A new $2,527 Ford Pinto sits in the driveway, Consumer Guide recently assured readers that the car “has not been involved in any serious callback campaigns.”

Switch on the 12” black and white television set you could buy at “Wal-Mart Discount City” here in Ava for $69.99, and the national news isn’t pretty. 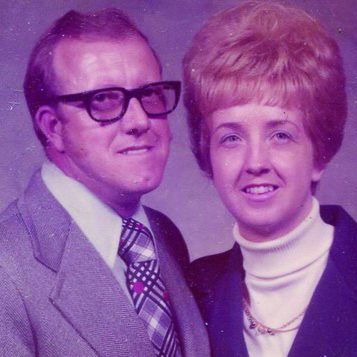 Ava teachers attend a workshop on the Metric System.

Citizens Bank adds a drive-through to their building. A “Pneu-Vista Drive-In unit delivers the transaction carrier practically into your waiting hand.”

And Max and Wanda Murphy get into the real estate business.

But Max and Wanda?

They began by selling insurance while Max was teaching school. A friend suggested they get their realtor’s licenses. “I didn’t have a clue what I was getting into,” Wanda says with a laugh.

They purchased the existing Strout Realty and began learning. Wanda first, then Max. He kept teaching for a while before leaving to take the business on full time.

It hasn’t always been easy. “When interest rates were 20% it was hard to make a sale,” Max says. “And when the factories closed, you couldn’t give a house away.”

Having both the insurance and realty businesses helped keep them afloat in the lean years. They’ve also maintained a cattle farm all this time. “You have to have more than one pot to stir in to make it all go,” says Wanda.

Technology has helped make parts of the job better – like the turnaround time on a listing. “It used to take 30 days from the time we listed a property until anyone had a chance to look at it,” says Wanda. “We had to take photos on film and send them off to get developed.”

Once the photos were ready, they had to be sent to another company who compiled them and the listing details into property catalogs for potential buyers.

“Everyone used to walk in carrying a catalog full of listings,” Max says, “We haven’t had anyone do that in 3-4 years. The catalogs are still available, but people shop on the internet.”

“Now we put a new listing on the internet and get a call on it the same day,” says Wanda.

Those calls often come in on cell phones – another change the Murphys have experienced. “We first went from desk phones to private two-way radios in the 1970’s,” Max says. “We rented space on the city water tower to get good reception. Now we have cell phones like everyone else.”

Many of those calls are from people they know. “We’ve sold to people we went to school with,” says Wanda “And their kids. And even their grandkids.”

Those grandkids would probably prefer the prices their grandparents were paying. “When we first started we’d see land for $100 an acre,” Wanda says. “We decided to start buying anything at that price, but then it jumped to $300 an acre and stayed there a while. Now it’s all at least $1200 an acre.”

After all these years, Max and Wanda still find the work rewarding. “We wake up every morning and hope someone puts us back to work,” Max laughs. “I love what I do,” says Wanda.

And it shows. The couple and their two additional in-house agents closed on 62 properties last year. “For a small office in Ava, Missouri that’s pretty good,” says Wanda. “We work just as hard on a $50,000 sale as on a $500,000 sale. That’s what’s kept us in business.”

They currently have no plans to retire. Completely, anyway.

“We’ve got the young blood over there,” Wanda grins, pointing to agents Nikki Stanifer and Brad Lohuis. “So maybe once they’re fully trained we’ll back off a little. We do love to travel.”

Don’t expect that any time soon, however. “I’m still looking for that million dollar sale,” Wanda says with a chuckle.

Visit with Max and Wanda Murphy in person at the United Country Area Land Realty office at 810 Collins Ave in Ava, on the phone at (417) 683-2840, or online at http://www.arealandrealty.com.