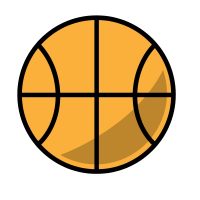 An area high school is in hot water after videos surfaced on social media indicating that triplets on the Dora High School basketball team were swapped-out opportunistically during free throws.

Auston, Bryson and Mason Luna are triplet high school students who are also the three sons of the basketball coach and school principal Rick Luna.

The video surfaced after parents saw the swap after one of the boys was fouled near the key.

The fouled triplet then swaps with a brother, who goes to shoot from the free throw line.

The game was highly contested and ended in a 64-62 win by Dora. With just a two-point differential, free throws were a part of the game’s outcome.

The Missouri State High School Athletic Association received several complaints about the team after the video surfaced and launched an investigation into the matter.

A report by the Springfield News-Leader indicated that MSHSAA and the Dora School District are working on the matter, but could not pry details about possible punishments from the Dora superintendent.

Rick Luna has been unavailable for interviews from multiple media outlets after the video went viral and was featured on USA Today, Sports Illustrated, and the Kansas City Star.