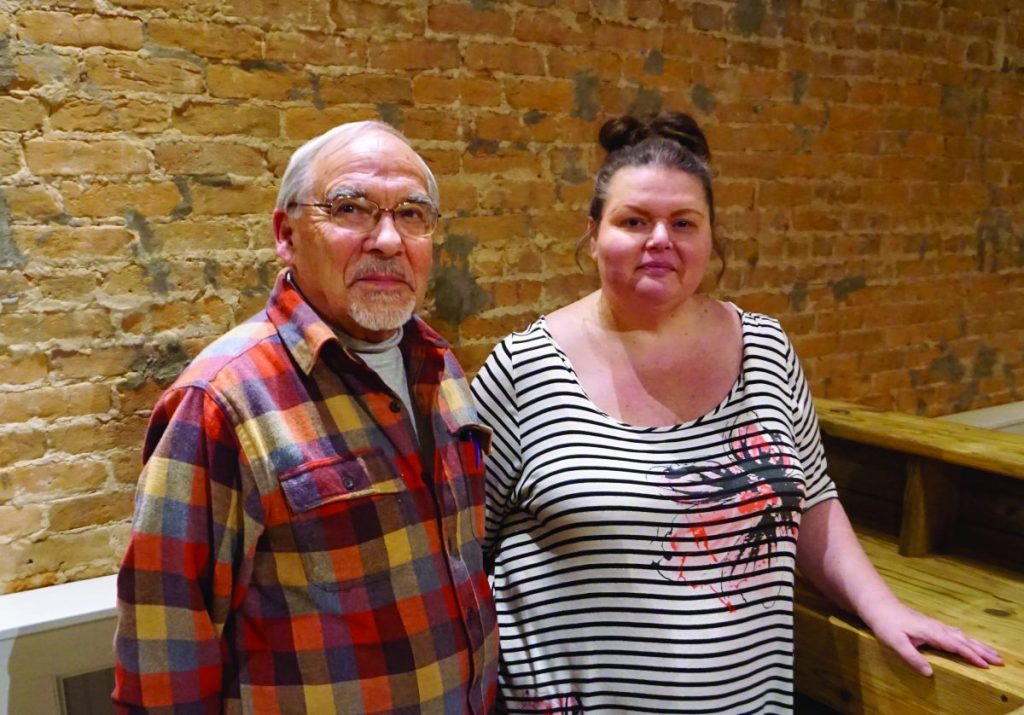 Roads intersect on the square in Ava. And sometimes, dreams do too.

Jerrie Mason dreamt of a new business – one that made good on an old dream. That old dream was one Jerrie shared with her daughter, Afton, who passed away in 2015.

Salgado brought his dream to fruition by first moving into the city of Ava from nearby Squires. He then joined the Chamber of Commerce, became Chairman of the Economic Development committee, and, in 2016, founded the non-profit Ava Citizen’s Action League (ACAL).

In 2017, Salgado decided to jump in deeper yet. He purchased the building at 109 East Lincoln (on the south side of the Ava square) to restore and rent out.

His records show the building was first occupied in 1871, and he’s the 20th owner since then. Over the years the building has been home to four different restaurants, a donut shop, and an antiques reseller.

But before Salgado could offer it to a new tenant, it needed work.

“It had five layers of flooring, and three layers on the walls.” Salgado says, “It had hanging ceilings. We tried to save what we could. We ended up completely gutting it, putting in a new floor, and redoing a back wall.”

Even before the building was done, Salgado had a vision for the type of business he wanted in it.

“I had two other businesses inquire about the building, but they were service-oriented.” Salgado explains, “I felt we needed more retail down here, so I turned them down.”

The idea he didn’t turn down came from Jerrie Mason.

Years ago, Jerrie and her daughter Afton Nash had talked about opening a boutique in Ava. Their store would specialize in the plus-size fashions that existing retailers ignored.

At the time, they couldn’t make the numbers work. They put the dream on hold, and Afton took steps to ensure the business was a success when it did finally happen.

After graduating from Ava High School, she enrolled at the College of the Ozarks in Point Lookout, Missouri to study Business Management.

During college, she also gained on-the-floor experience by working at local clothing retailers.

Then, just 60 days from graduating, Afton passed away in her college dorm room.

Rather than let go of the dream she shared with her daughter, Jerrie Mason held onto it.

“It’s been a rough four years, but I believe in God. I knew one day He’d open the door and it would be time again.” Jerrie said through tears, “Then over the last six months, things started unfolding quickly. Every door opened. Everything you can imagine fell right into place.”

More than just filling an unmet need in Ava, the store became an opportunity for Mason to create a memorial to Afton.

“Blondie was the nickname her brother had for her, so we named the store Blondie’s Boutique.” Jerrie says, “We’ll also have large portraits of her hanging throughout the store.”

In addition to plus-sized clothing, Blondie’s Boutique will carry “head to toe” accessories and health products including organic, chemical-free makeup.

The grand opening is scheduled for 10 a.m. to 6 p.m. on February 1st. Customers will receive a 25% discount, and there will be drawings, door prizes and giveaways.

It will be a special night for Jerrie Mason. “I wanted to do this with my daughter,” she says, “and I can, but she’ll just have to be here in spirit.”