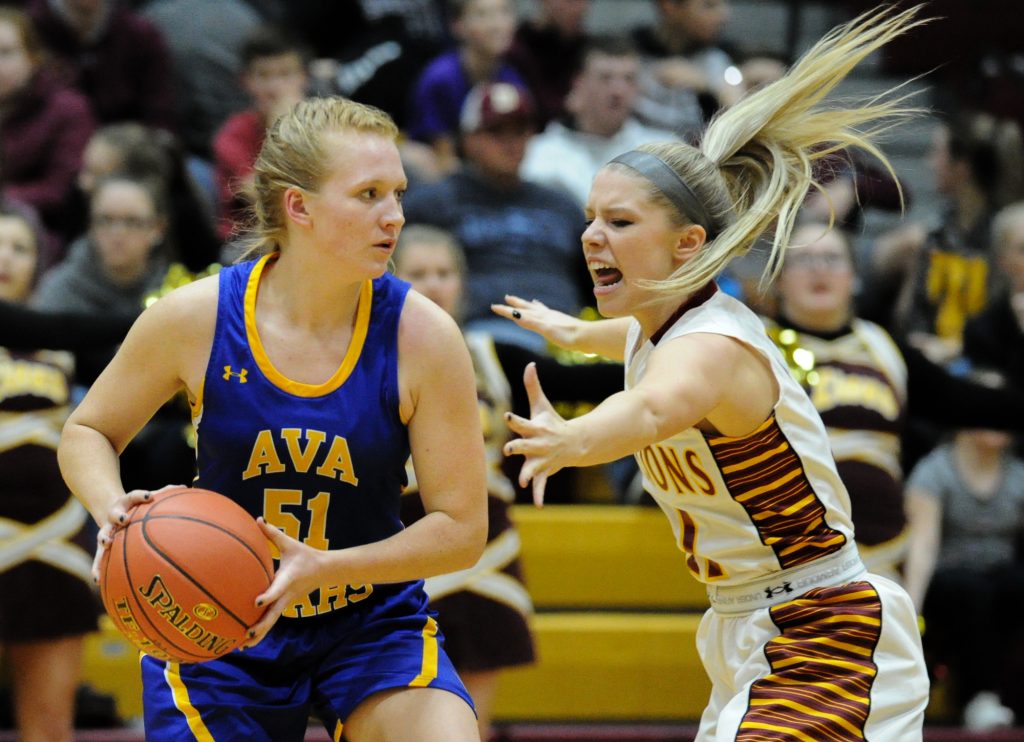 By Jason HoekemaMANSFIELD – After nearly two weeks off on the holiday break, the Lady Bears ushered in the new year with a 7-3 record and the daunting task of playing away from the comforts of the home court until Jan. 28.

Before the holiday break, the Lady Bears took-on a narrow 50-45 loss to Forsyth, preceded by a 57-27 win in Mountain Grove.

The Herald was unable to attend the game in Forsyth, but did cover the Lady Bears on Dec. 17.

In Mountain Grove, Hanna Evans shot for 16 that night with seven buckets and two singles from the stripe.

In that same game, Ashton Bewley shot for 15 points, shooting 36-percent from the charity stripe.

Lauren Mendel, the Lady Bears’ player in the post, was well-matched against Mountain Grove’s Aisha Condos who chilled Mendel and shot for 15 of her team’s 27 game points.

On the same day school resumed, so did the basketball season with the Lady Bears driving up the road for a match against Mansfield High School.

Without the results from the Mountain Grove Holiday tournament available online, the Lady Tigers appeared to enter the new year at 5-1.

Mansfield’s only recorded loss went to Chadwick High, where the Lady Tigers dropped the game 51-44.

Chadwick is the only common opponent both teams have faced this season and Ava won that match 62-32 on Dec. 10.

That being said, one might think the Lady Bears had last Thursday’s game in the bag, but missed opportunities spelled-out a 52-46 loss for Ava.

It started with Lauren Mendel, who is healing from a knee injury. Usually the 5’ 11” senior puts up double digits, scoring 15 against Hollister on Nov. 20, 11 over Conway on Nov. 26, and a spectacular third quarter performance for 20 game points against Seymour on Nov. 29, and another 21 points on the Fordland defense on Dec. 13. 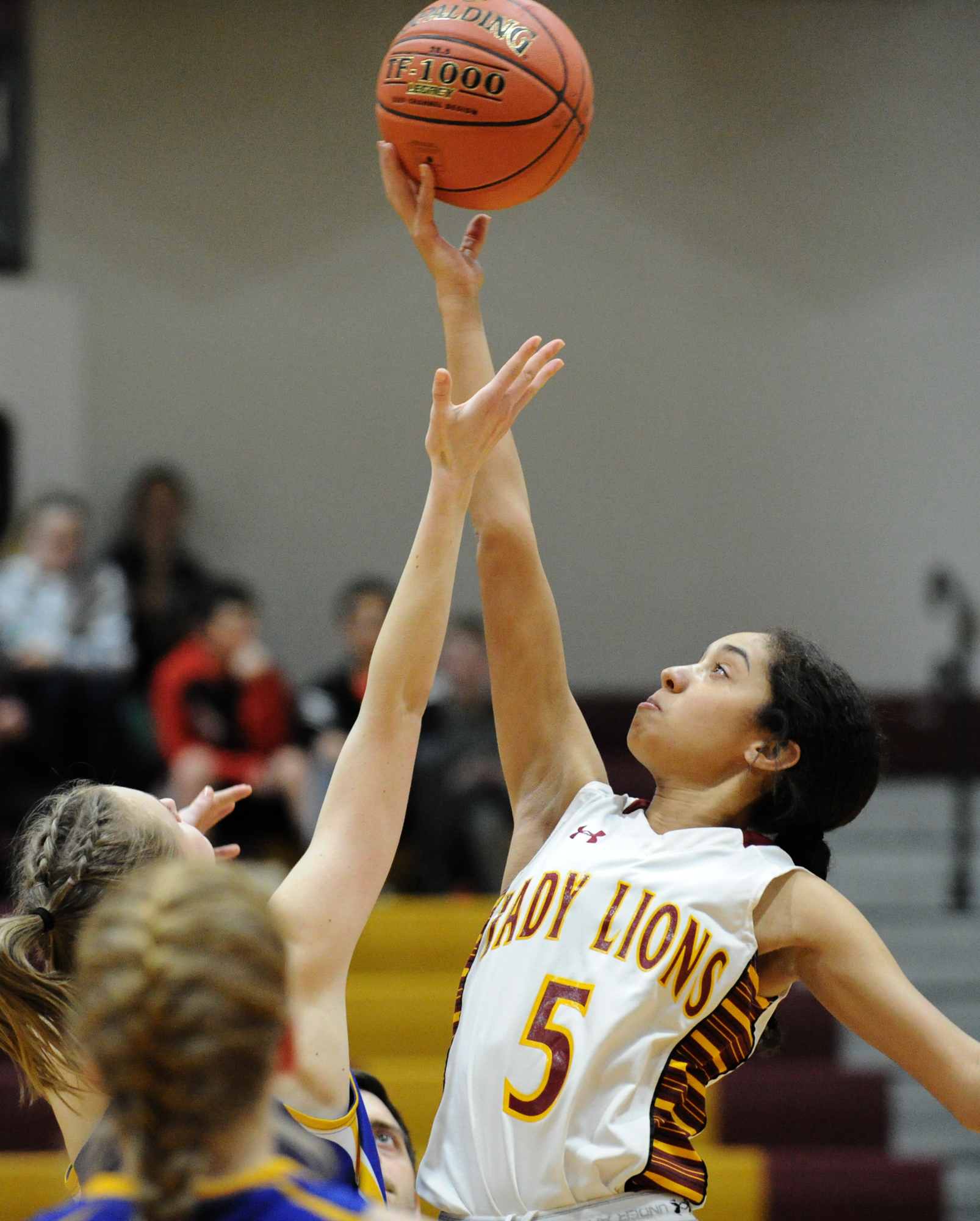 “She had tweaked her knee against Fordland, she was really banged up against Forsyth,” said coach Nathan Houk. “She is getting back into shape and back to where she was at the beginning of the season.”

Without Mendel in the post putting-up buckets, the Lady Bears missed opportunities to pull a lead, something they struggled to attain in the game.

“(Mendel) didn’t score tonight because she didn’t get enough touches,” said Houk. “That’s what it boiled down to.”

Yet, Mendel is not the reason for Thursday’s dropped game.

The Lady Bears found themselves dribbling a lot Thursday evening as the Lady Lions put up a formidable defense. The Ava bench also found themselves staring at rebounds instead of making them.

The Mansfield offense took advantage of the offensive rebounds, which are likened to second chances for a team to score right under the bucket.

The bustle under the net does not favor the defense as several arms and little space to maneuver usually prompts a whistle and foul trouble.

Overall, the Lady Bears would give up 20 fouls through the game for sixteen attempts from the stripe for Mansfield.

The Lady Lions shot about 44-percent from the free throw line, earning just seven points from fouls given by the Lady Bears.

Mansfield opened up the lead with a first quarter run of 8 points, topping the Bears 17-12 at the end of the period.

Claire Fossett and Ashton Bewley led in overall scoring for two-thirds of the Ava count with 15 points each.

Fossett would do most of her damage in the first quarter, where she dropped buckets for 8 points, followed by one each from Bewley and Hanna Evans.

Mansfield’s Raine Roy scored just six, but was able to match that with another half-dozen before the break. Aided by six more from Karsyn Brooke in the first, the Lady Lions took to the locker rooms with a 29-23 lead.

The 6-point deficit would stick to the Lady Bears like a burr in fur through the second half.

A pair of back-to-back, wide-open layups were missed by Fossett, followed by Bewley who would later draw a foul but miss the two chances at the stripe.

Those six points and lack of rebounds were the two last nails in the coffin for the Lady Bears.

Mansfield would go on to outscore the Lady Bears 15-10 in the third and leave Ava 11 points in debt.

The girls bench also ran into foul trouble in the second half with Bewley and Mendel stacking up four fouls each. Araina Evans, Eden Little, and Fossett each gave up three.

With Bewley and Mendel in careful rotation, Houk sent in the subs to keep his starters from getting benched.

“We have to take them out and rely on the kids on the bench,” said Houk. “We had Megan Lakey and Araina and they came in and did a nice job for us.”

The Lady Bears saw a change in luck in the fourth and outpaced the Lady Lions toward the end of the game with two quick sprints for 8 points.

Little and Mendel would sink two each and hopes came alive after Hanna Evans had a pivotal steal and uncontested layup.

Despite Ava leading 12-8 in the fourth quarter, it was not enough to close the gap and eliminate the point deficit for the Lady Bears.

As the game would have it, Ava was stopped, trailing at six when the buzzer sang.

“We have to practice making more layups, making more 2-foot shots,” said Houk. “I feel like we need to take a few more perimeter shots.”

The Lady Bears move on into an away streak, playing on the road through Jan. 25.

The JV bench found success against  Mansfield, pulling away with a 53-34 win over the Lady Lions.

Leading for the JV Lady Bears was freshman Hallie Smith with 21 points, five shots from outside the arc including the Coup de grâce three-pointer to end the game.