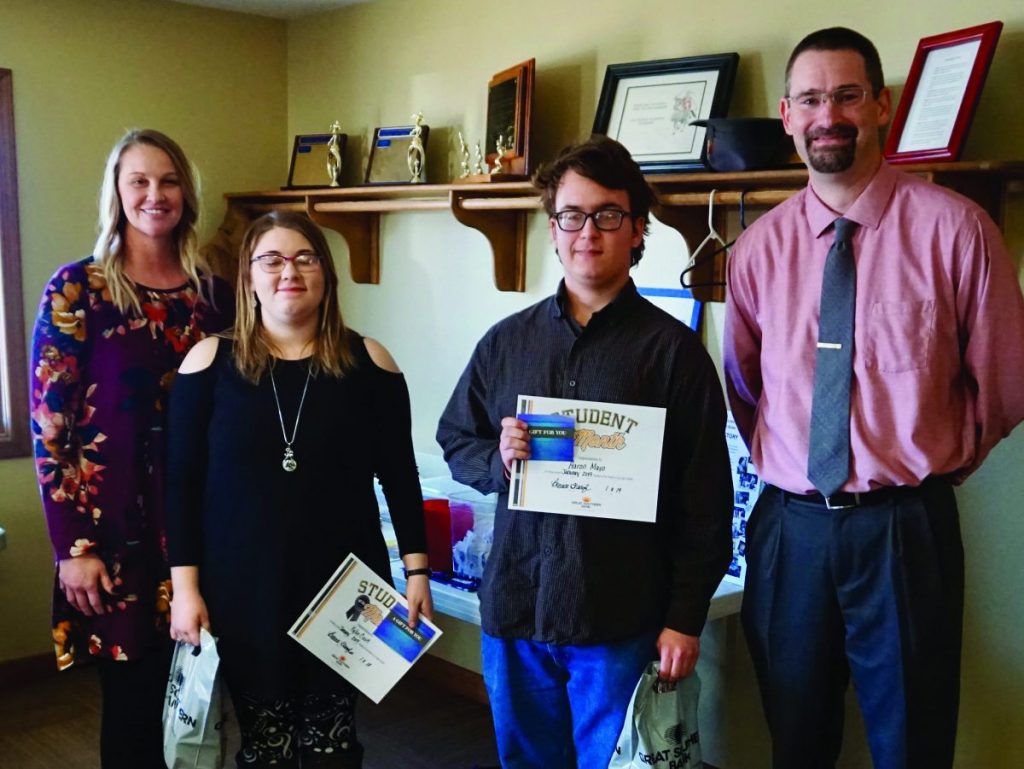 Ava High School students of the month were recognized Tuesday during the Chamber Luncheon held at the Lions Club.  Participants shown above are, from left, Brandi Stanifer, assistant manager at Great Southern Bank, the firm sponsoring the recognition; Kylie Cook and Aaron Mayo, both seniors at Ava High School; and Assistant Superintendent Aaron Dalton.

Kylie Cook and Aaron Mayo, both seniors at Ava High School, were recently recognized as students of the month during the Chamber of Commerce luncheon held on Tuesday, Jan. 8.  Each student was noted for their accomplishments, which were cited as the following.

Kylie, a senior at Ava High School is the daughter of Dan and Kelly Cook.  She is involved in many clubs and activities, such as band, concert choir, jazz band, FCA, Tri-M, and drama and theatre.

Kylie is very active and involved in community and her church.  She has organized a human trafficking awareness movie  night fundraiser for On Time Ministries.

Aaron Mayo is a senior at Ava High School, and the son of Virginia Dunbaugh and Vincent Mayo.

Aaron is involved in many clubs and activities at Ava, which includes concert band, marching band, jazz band, Tri-M, and honors society.  He has been selected as the first alternate for district band trumpet, and he also participates in the MSU Taps project.

Upon graduating from Ava, Aason plans to attend the University of Missouri.  He is currently undecided on a career path, however, he is interested in pursing a minor in music.