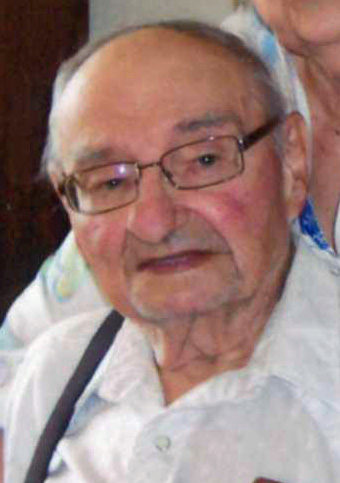 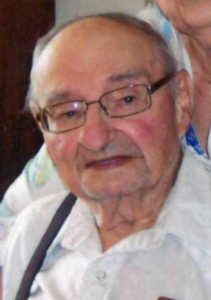 William Frank Kratky Sr., 89 years of age, Ava, Missouri, passed away peacefully on December 9, 2018 at Springfield Rehabilitation Health Care Center in Springfield, MO with his family by his side.

William was born February 26, 1929 in Cicero, IL to Frank and Sylvia (Kristofik) Kratky.

William enlisted in the U.S. Army in January 1951  and served during the Korean War where he was awarded the Korean Service medal with two bronze campaign stars, the United Nations Service Medal and one over-seas bar.  He was honorably discharged in January 1953.

On April 24, 1954, William and Florence Stille were united in marriage at Our Lady of Holy Mount Church in Berwyn, Il.  They were blessed with six children and recently celebrated their 64th wedding anniversary.

William was a dedicated railroad man, working for Illinois Central Railroad  from 1949 to 1978. After retiring in 1981, they moved to Ava Mo.  William loved working with his hands, a trade he learned from his father at a young age. If William needed a project completed, he would read and study about it so he could make it himself. He dearly loved spending time on his tractor and working his cattle so much to the point he gave each one a name.

During his later years he took on creating beautiful stain glass designs.

William’s compassion for animals was evident by the love he showed for his faithful canine companions Shadow and Scarlet.

William was preceded in death by his parents Frank and Sylvia, his son Billy and his brother, Joseph Kratky of Oregon.

Memorial services for William will be Monday, Jan. 7, 2018 at 1:00 p.m. at Clinkingbeard Chapel, Ava, MO with military honors at the funeral home. Following the memorial service there will be a Celebration of Life at the Ava Lions Club. In lieu of flowers, memorials may be made to The Salvation Army. On line condolences may be made to www.clinkingbeardfuneralhome.com.