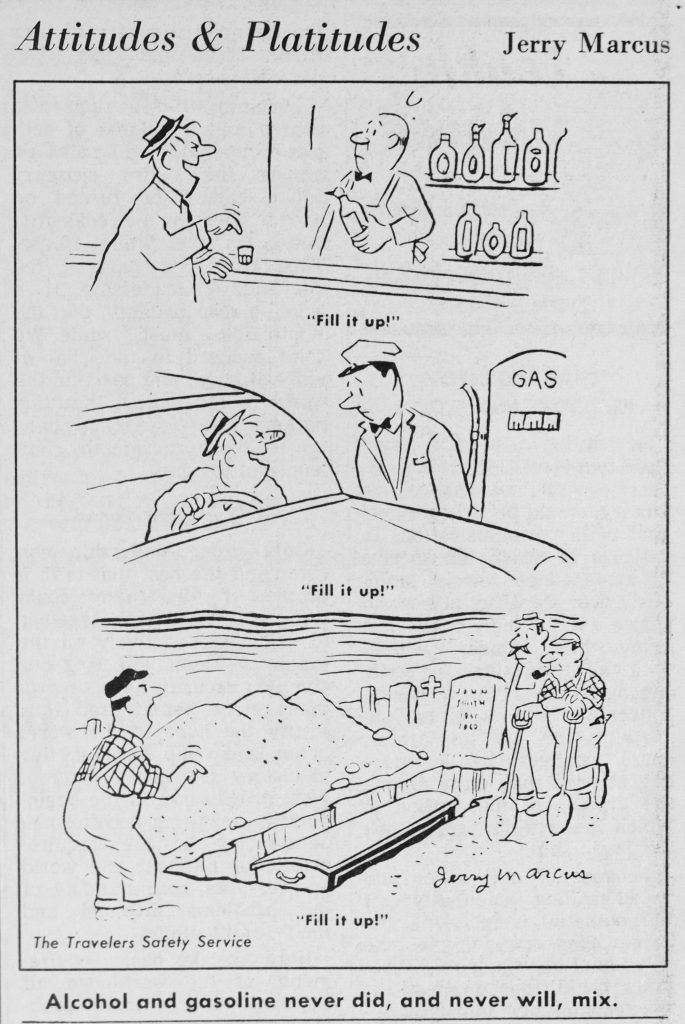 In 55 years of cutting hair, Vernon Ray has met a lot of people, seen a lot of changes, and heard millions of stories – some of them even true.  On his last day on the job Friday, Ray said he regrets that he didn’t have a tape recorder running on such days when stories were being swapped by longtime customers such as Harold “Hutch” Hutchison, Heron “Smitty” Smith, Paul Pitts, Willard Pueppke and Archie Wallace.  Ray has cut hair since 1938.

A spectacular record of wins and top showings in the last few years, combined with his popular appeal to fans and fellow drivers throughout the Midwest and Southeast, have made the 33-year-old racer [Bill Frye], Behind the Wheel’s Driver of the Year in a poll of BTW readers.

Bernard Huss, M.D. began a practice this week at Family Medical Center in Ava. Dr. Huss will be working with Drs. Rick Bonnette and Eric Anderson.

A total of 19 teams took advantage of “decent” weather on the first day of the year and participated in the 3-man scramble tournament held at the Ava Country Club.

Shelly Phillips, a 1993 graduate of Ava High School, attained a perfect 4.0 grade point average during the past semester at Northwest Missouri State University. Miss Phillips, the daughter of Bill and Shirley Phillips, of Route 2, Ava, earned a total of 17 hours during the semester.

MT. TABOR –– We got up this Monday morning with snow on the ground and very cold.

President Nixon will take over in January in a continuing national and international state of seige.

Trooper Jimmie C. Moore, 24, of Senath, a Dec. 20 graduate from the Highway Patrol Academy at Rolla, has been assigned to the Troop G area at Willow Springs and will work with Cpl. Bill Davis in Ava.

The marriage of Miss Shirley Elizabeth Addy and Floyd Fredrick Bouse was solemnized in a double-ring ceremony at 2 o’clock Sunday afternoon, in the Ava United Methodist Church.

Mr. and Mrs. Edwin Bacorn have their son, Eddie Bacorn, of San Diego, Calif., as a holiday guest in their home in the Rainbow Ridge subdivision.

Mr. and Mrs. Jim Collins, 308 NE 8th Avenue, will have their entire family at home to observe Christmas. Arriving in Ava Friday to be holiday guests of Mr. and Mrs. Collins and their daughter, Marla, were the couple’s daughter and family, First Lieutenant and Mrs. George Hetherington (Connie) and son, Jimmy, of Fort Devans, Mass., and arriving at the home during the weekend was the couple’s son-in-law, Lyndell King, of Fort Leonard Wood, who will be spending a holiday leave with Mrs. King (Linda) who is residing with her parents while he is in the service.

Coming to Ava Saturday to be all day guests in the home of Mrs. Fred Birchett, 407 SW 3rd Avenue, were her sisters, Mrs. C.C. Coffeen of Springfield, and Mr. and Mrs. Eben Smith of Liberty.

Sp-4 Stephen Norman, who arrived in Ava Dec. 6 to spend a holiday leave with his parents, Mr. and Mrs. Boone Norman, Jr., 609 NE 2nd Avenue is scheduled to leave tomorrow Dec. 27, to begin a tour of duty in Frankfurt, Germany.

A car owned by Ronnie House of Mansfield was one of the seven automobiles that were crushed by falling bricks at 8:30 Wednesday night when the east wall of the fire-gutted Robberson Building fell in Springfield.

EVANS –– Mr. and Mrs. Kenneth Herd (Esther) and family are visiting her parents, Mr. and Mrs. Willie Freeman and Twila, and other relatives.

The first half of 1969 may experience some moderate easing in short-term interest rates.  This will be occasioned by lessened federal demand for loans, as the budget moves from deficit to surplus and the treasury has no need to borrow. The nation is now in the days of hope . . . the honeymoon of the electorate with the new administration.

MOUND –– Mrs. Lillie Gann of Sparta spent the weekend with her son and family, the Bob Ganns.

Further German withdrawals at the southern end of the Russian front has been revealed by the Nazi radio, which announced the Germans had evacuated their bridgehead on the eastern bank of the Dnieper across from Kherson.  The Soviet forces are believed to be planning a new assault on this sector.

General Dwight D. Eisenhower will be commander in chief of an Allied invasion of western Europe which may come within 90 days, President Roosevelt announced Christmas Eve in a message to the nation.

Mr. and Mrs. J.R. Spurlock have received word that their grandson, aviation student Royce K. Waters, has been classified as a pilot at the San Antonio Aviation Cadet Center, where he was recently sent for classification.

Ensign Weldon Moore of the Naval Air Corps, met his brother, Sergeant Melvin More, for the first time in three years in Hawaii, recently, according to word received here.

Production of twenty-five million pounds of camelback in November was the largest on record and an increase of approximately 25 percent over October.  The material produced during November was enough to recap two and one-half to three million passenger tires and 500,000 heavy-duty commercial.

Rev. Howard Lewis of Warsaw was in Ava one day last week. Rev. Lewis has been employed by the Baptist state board to do missionary work in Douglas County.

Mr. and Mrs. Cecil Harley and son, Jerry, returned to Ava Sunday evening after spending Christmas day and Sunday in Springfield. During their two day stay in the city, the Harleys were guests in the home of Mrs. Harley’s parents, Mr. and Mrs. J.L. Kyle and also visited with her sister, Mrs. George Finley, Mr. Finley and son, Dennis.

Charles Adams, who is employed in the Pratt-Whitney plant in Kansas City was in Ava for the Christmas holidays and visited his mother and two sisters, Mrs. J.Q. Adams and Miss Louis and Mrs. Roy Adams.

Mrs. Jo Victor and her two sons, Bobby Joe and Donnie, went to Mansfield Saturday  morning and were Christmas weekend guests in the homes of Mr. and Mrs. S.E. Seals, Mr. and Mrs. Oral Dennis and Mrs. Stella Tarbutton. Mrs. Victor returned to Ava Sunday evening but the two boys remained in Mansfield for a longer visit with their relatives.

Pettit’s Theatres –– No show at the Star Theatre –– on account of good pictures being scarce, and fuel also being scarce, we will not operate the Star on mid-weeks, during the winter. There will always be a good mid-week show at the Avalon.

Big Bill – According to figures recently issued by the U.S. Treasury, every man, woman and child in the United States owes a debt of $1,203.71 to the federal government. When city, state, corporate and private debts are added to that amount, the total goes well over $2,500 per person.

The government is disposing of its horses and mules in training camps in this country now that the war is over and the animals are no longer needed.  These animals are being disposed of by public auction going to the highest bidder for cash.  The closest sale to this section of the country probably will be at Camp Funston, Kansas, and will be held on January 7, according to advertisements sent over the country from the Quartermaster Department at Kansas City.  At Camp Funston, approximately 800 head will sold: 150 calvary horses, 275 artillery  horses, 300 draft mules, and 32 pack mules.

When our boys were asked to sign their draft papers, it revealed the astounding fact that a vast number of them could neither read nor write. This has so aroused the nation that steps have been taken to remedy this condition.  An educational bill is now pending before Congress.  Each state has been investigating her own condition and making plans for betterment.

NEW YORK –– Thirty three states are hanging on the wall. If twenty-one vote dry, goodbye –– that’s all.  War-time prohibition will strike the nation July 1 next.  Indications are the proposed amendment to the federal constitution making the nation bone dry will be ratified by enough states to make it law within a few weeks.   The following states are wet, but dry in sections:  Missouri, California, Connecticut, Minnesota, Vermont, New York, Rhode Island, Illinois, Pennsylvania and Wisconsin.

A deal was closed on Wednesday of this week by Howard Hitchcock and Sons for three factory sites adjacent to the KCO&S Ry. track.  The lots were bought from A.P. Miller, and are located in the curve in the track near the water tank.  The canning factory will occupy the lots to the south. Next comes the broom factory site, and then the hardwood factory.

Bertha, seven-year-old daughter of Mr. and Mrs. W.F. Morris of Ava, as seriously bruised when she fell from a stairway leading to the second floor at the rear end of the Murray building on Sunday.  The little girl fell about twelve feet to the hard ground. No bones were broken but she sustained serious flesh bruises and for a time it was feared she was bruised internally.   Mr. Morris operates the second-hand store on the first floor of the building, and the family resides in the upper story.

The Home Bakery of Ava changed hands last week.  T.F. Umphenour of Toledo, Ozark County, having bought the stock and business from A.J. Heriford.  Mr. Heriford and family expect to depart soon for Kansas where they will continue in the bakery business, although they have not yet decided on a location.

In Missouri, check playing is the fad in Hannibal.

The chicken thief has become a burden in Chillicothe.

Willow Springs is especially proud of its public school.

There are 500 idle convicts in the Missouri penitentiary.  One of the convicts at the Missouri “pen” kicked because the turkey dressing on Christmas had too much sage in it.

It is said that prairie chickens have entirely disappeared from Lawrence County.

15,000 bass and croppies are to be put into the Artesian Lake at Clinton.

Every county in the state north of the Missouri River has one or more railroads.

The low stage of water in the Missouri at Jefferson City has revealed the hull of the Timour No. 2, sunk in 1855.

The Wabash now has 300 miles of its track between St. Louis and Kansas City ballasted with burnt brick clay.

Mr. Aubuchon of DeSoto, Mo., has the finest head of hair in the world. Her tresses are now seven feet three inches long.

The new Union Depot in St. Louis is one of the finest in the world. It is just as “slick” as the old one was “rocky.

Judge Melvin M. Gray of St. Louis has given Drury College $25,000 to endow a chair of geology in memory of his wife.

The Missouri cities, the schools of which received awards at the world’s fair were Kansas City, St. Louis, Lamar, Harrisonville, Mexico and Nevada.

A three-year-old Ray County boy, attempting to imitate a sleight of hand man, swallowed a pocket knife. He is running about with his knife in his stomach.

A woman has been fined $13.20 in Springfield for slapping her son-in-law.  The first case on record.

James Burchell was before Esquire Snyder on a charge of carrying a concealed weapon. A jury was empaneled for the trial and brought in a verdict of guilty and passed his punishment at a fine of $50 and costs and ten days in the county jail.

Jesse B. Roper, the murderer of Sheriff Baler of Baxter County, for whom a reward of $1,500 is offered, is, according to the Carroll Progress, thought to be in Texas. The Sheriff of Johnson County has armed himself with the necessary paper and gone after him.

Jesse G. B. Jones, who murdered his son-in-law near Bagnell some time ago and who was released on a bond of $500 was, through the untiring efforts of Pros. Attorney Swalem, located last week in Stone County Arkansas, where he had taken up a claim. 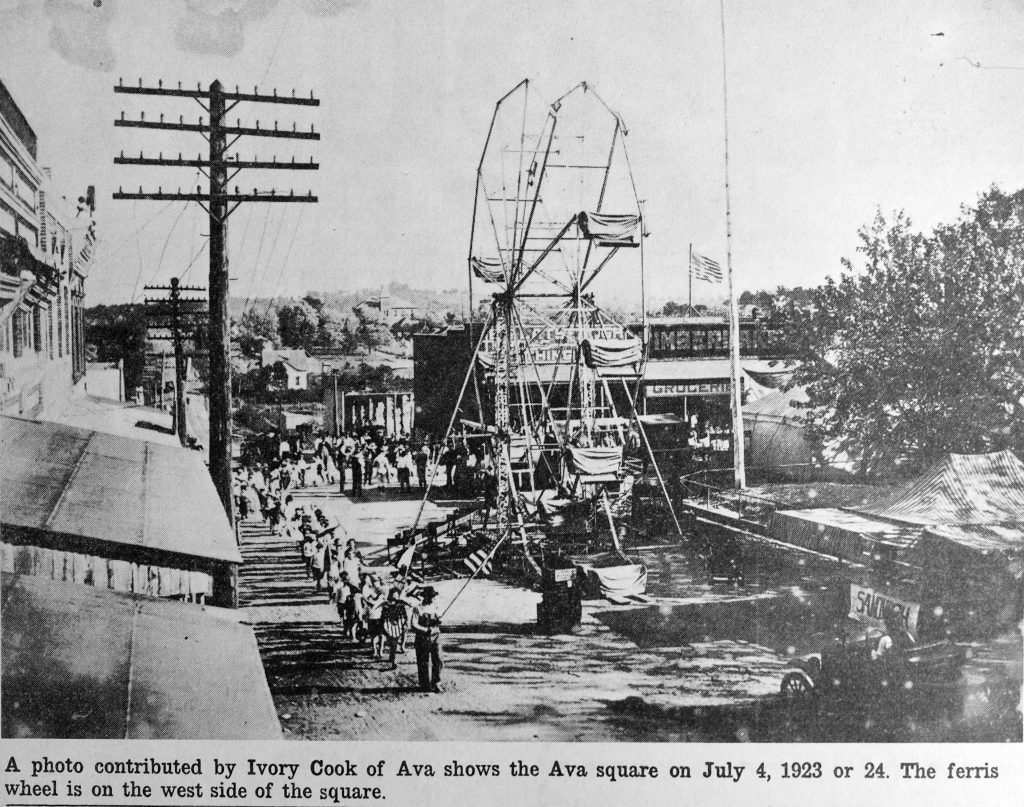 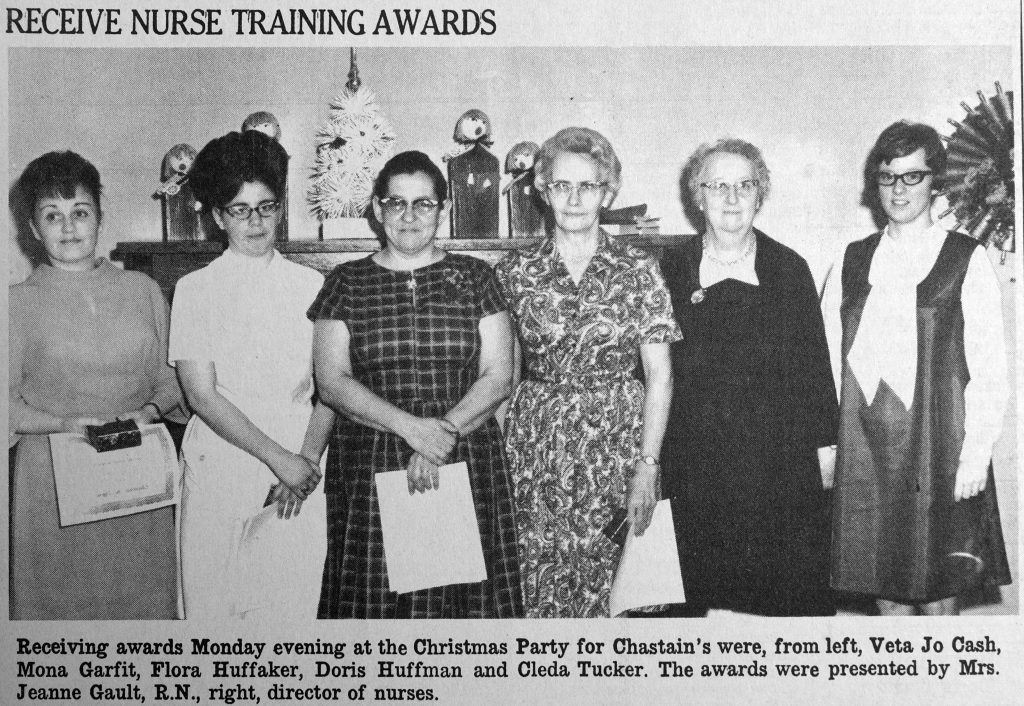