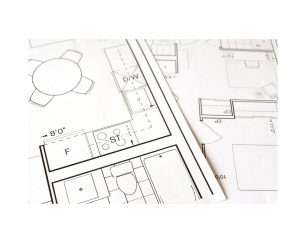 Construction employment grew in 265, or 74 percent, out of 358 metro areas between November 2017 and November 2018, declined in 45 and was unchanged in 48, according to a new analysis of federal employment data released today by the Associated General Contractors of America. Association officials cautioned that employment gains may be tapering off because contractors cannot find enough qualified workers.

“Construction employment growth remains widespread, but as unemployment hits historic lows in many metros, contractors are having ever-increasing difficulty filling positions,” said Ken Simonson, the association’s chief economist. “As a result, construction employment may level off in more areas, even while the demand for projects—and workers—continues to be strong.”

In November, Simonson noted, the number of unemployed jobseekers with recent construction experience—375,000—was the lowest yet for that month. Meanwhile, job openings in construction totaled 292,000 at the end of October, a jump of 59,000 or 25 percent from a year earlier and the highest October level in the 18 years that the Labor Department has published the series. Together, these figures suggest contractors in many metro areas cannot find experienced workers to fill vacancies, Simonson said.

Association officials said the steep increase in job openings, along with the record low availability of workers with construction experience, underscores the need for policy measures to increase the supply of workers. They urged government officials to modernize career and technical education, double the funding over the next five years and enact immigration reforms that would enable construction employers to bring in international workers when there are not enough locally available construction workers.

“The construction industry makes a major contribution to the economies of metro areas nationwide, but those gains are at risk,” said Stephen E. Sandherr, the association’s chief executive officer. “Public officials should do their part to help local economies continue growing by overhauling career and technical education to prepare more students for rewarding and high-paying careers in construction. At the same time, immigration reform can provide needed short-term relief while communities rebuild the pipeline for recruiting and preparing local workers.”