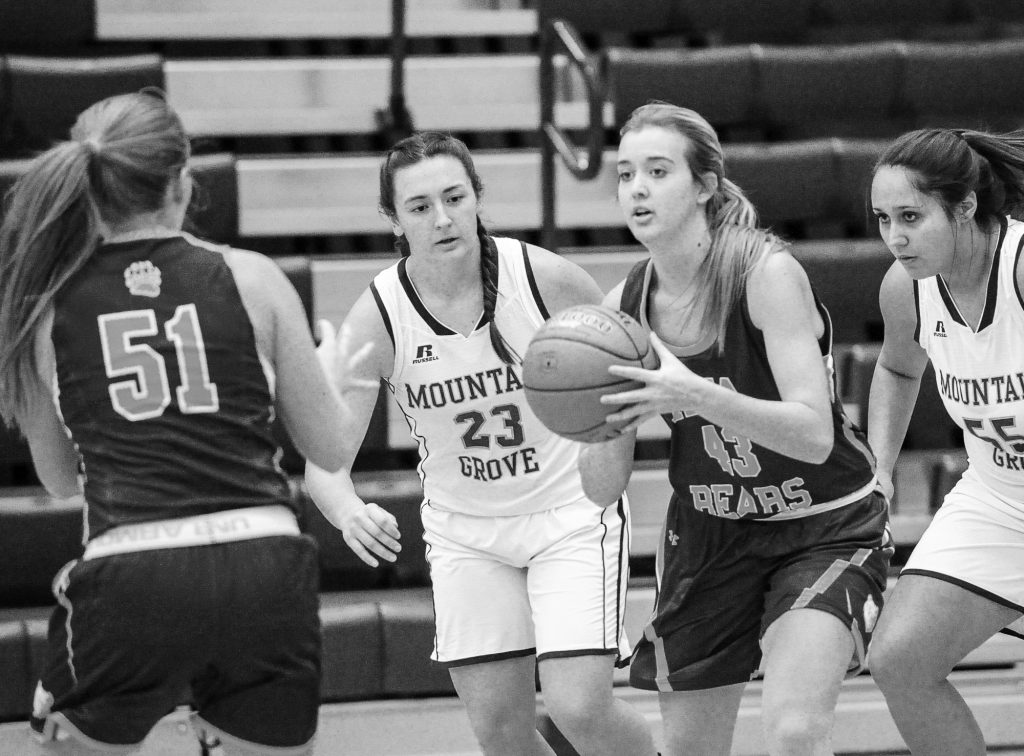 If there was a problem with the Lady Bears’ basketball game on Dec. 20, it was not because of the players on the court.

This was the issue when two younger referees took to the court last Monday to officiate over Ava’s games on the road in Mountain Grove.

Everyone has to start somewhere, but those early beginnings can create an inconvenience for players and coaches, but let’s focus on the game.

Lauren Mendel, who has shot a season-high of 21 points in the post, was forced to deal with Mountain Grove’s Aisha Condos who was able to put Mendel on ice during last Monday’s game.

While keeping Mendel on hold, Condos would put-up 15 points for the Lady Panthers as the only player to clear 10 points in the entire game.

Hanna Evans led in scoring for the Lady Bears with a game-total 16 points. Ashton Bewley would add-on with 15.

In a slow first quarter, the Lady Bears picked up only 10 points, 8 of which were on a run against Mountain Grove’s short, 2-point start.

“I felt like we were really getting something out of our press, intensity-wise, but we just weren’t getting it in the basket on the other end to start the game,” said Houk. “It was a low scoring game to start with.”

Hanna Evans found the net for four, Bewley and Claire Fossett tossing-in for two each from the stripe as fouls started to stack up.

The Lady Bears would give-up 9 fouls in the first half, but would not see the damage as Mountain Grove pulled only 3 points from the charity stripe.

Meanwhile, the poor officiating would get under the skin of the Mountain Grove coaches when a referee issued a technical foul to the Lady Panther bench in the second quarter.

Ashton Bewley would find herself at the stripe shooting one-of-five attempts for free points. Evans made one trip on the technical foul, picking up two.

Into the half, the Lady Bears led the Lady Panthers 20-11. 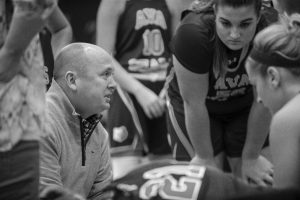 Ava girls basketball coach Nathan Houk speaks to players during a timeout call Monday, Dec. 17, during a conference game on the road against Mountain Grove.

“In the second half we stayed after it,” said Houk. “(We) got some easy buckets off of it. Then we got our offense clicking when they had to come out of the zone and play us.”

With a 41-17 lead going into the fourth quarter, coach Nathan Houk game some of his younger players time on the maple, adding to the already staggering lead over the Lady Panthers.

Lauren Hall would strike for 5 points backed from the arc with two threes by Emaly Keyes. Julia Henry and Devin Rowe pulled fouls for two more.

At the horn, the Lady Bears walked away with a 30-point lead, beating the Lady Panthers 57-27.

“That was good experience for them,” said Houk. “To get those young kids in there against good competition.”

Julia Henry was in the zone with 5 field goals and one free point for a total of 11 before the break.

Baylan Alexander and Lauren Hall would chip-in a combined 8 points plus two freebies from Devin Rowe.

Headed into the locker room with a comfortable 24-6 lead, the JV Lady Bears had no intention of letting up after the break.

Henry would be cooled to just two points in the third, but shots from Rowe, Keyes, Hall, Alexander and Megan Lakey would stack up for 21 against the JV Lady Panther’s eight for a 45-14 lead at the end of the third quarter.

With fouls stacking up against the JV Lady Panthers, the Lady Bears would shoot for 71-percent at the stripe, earning 5 free points in the second half.

Well into the lead, players swapped out to give others time on the  wax, matching Mountain Grove’s 6 points in the fourth quarter.