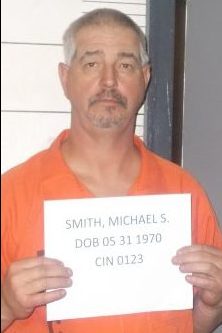 On Dec. 12, Douglas County Sheriff’s Office set up surveillance near County Road 209, where a known individual who had an active probation warrant had been frequenting.  Deputy Harley watched a vehicle fitting the description of the suspect turn on to the County Road and take off at a rapid speed. 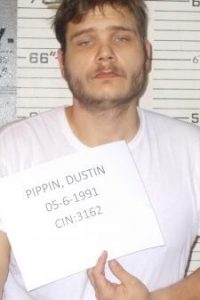 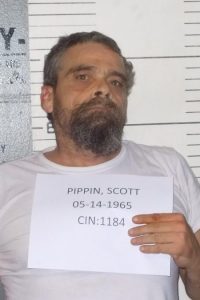 A pursuit ensued with Corporal Wallace taking the ditch after the car attempted to hit him head on.  Deputy Harley gained on the car and witnessed it hit a low water slab and turn up the slab into the creek where the car came to a stop.  Deputy Harley was quickly assisted by Corporal Wallace and Deputy Schupbach, where two individuals were helped from the car due to the severe damage received during the abrupt stop in the creek.  Scottie Pippin age 53, of Ava, and Dustin Pippin, 27, Ava, were arrested and taken into custody. During a search of the vehicle, illegal narcotics were found in the car. Dustin Pippin was arrested on his active probation warrant and Scottie Pippin was detained for 24 hours while charges were filed.   Scottie Pippin was checked by Cox Ambulance for injuries sustained in the pursuit before being transferred to the Douglas County Jail.  Monitoring the suspect’s vehicle during the pursuit was made easier by the assistance of drones.

On Dec. 15, 2018, the Douglas County Sheriff’s Office participated in the annual Shop with a Cop held at Wal-Mart.

On Dec. 16, the Douglas County Sheriff’s Office served a search warrant at 1403 Elm Street in Ava.  Illegal narcotics as well as paraphernalia was located.  Formal charges are pending.

On December 17, the Douglas County Sheriff’s Office served a search warrant at 616 Valley Street in Ava.  Illegal narcotics as well as paraphernalia was located.  Formal charges are pending on this as well. 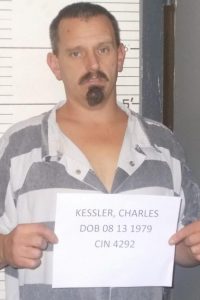 On December 21, 2018, Corporal Wallace was patrolling the Mt, Zion area when he recognized a male driver pass him with a Federal warrant.  Upon turning around, the subject disappeared into a residence just north of the Mt. Zion school.  All units were dispatched and surrounded the residence, where the subject surrendered peacefully. Charles Kessler, age 39, of Plato, was arrested on a Federal warrant for a Felon in Possession of a Firearm.  Kessler was picked up from our facility same evening.

During the night hours of December 21, 2018, Deputy Harley was patrolling the area of OO highway near Assumption Abbey when he went to make a traffic stop on a vehicle who had a passenger side tail light out.  The vehicle appeared to be pulling over in a camp area, then took off in the opposite direction it was originally traveling and down a hunting path.  Deputy Harley pursued and after a very rough 3 miles into the woods, the vehicle came to rest after hitting a small tree.  From there, the driver fled from the vehicle and Deputy Harley followed down steep terrain, where he apprehended the suspect.  Michael “Shane” Smith, age 48, of Ava, was arrested and transported back to the Douglas County Sheriff’s Office.  Smith was put on a 24 hour hold and issued a warrant for Unlawful Possession of a Firearm x 2 Felony D, bond was set at $15,000 10% cash surety.  Smith has since posted bond. Additional charges are pending.