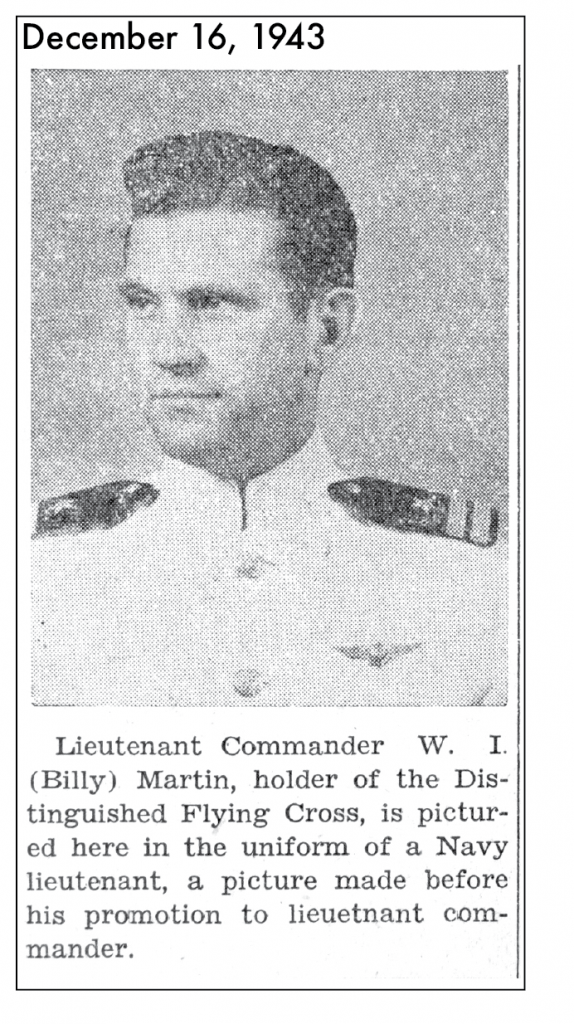 Fire that caused serious damage to the Gary Stigall residence last Thursday evening broke out around the electric cooktop range.  Firemen contained the blaze to the kitchen area of the residence, but the entire structure sustained smoke and heat damage.

U. S. Senator Kit Bond announ-ced today that $1,348,281 in federal funds has been reserved by the Department of Education to rebuild the Bradleyville School.

A Wright County jury on Thursday, Dec. 16, convicted Zane Lewsader of Fordland, in the theft of cattle from Zane Gray, of Ava, on Dec. 1, 1989.

Gene and Hazel Davis, of Ava, will celebrate their 50th wedding anniversary Sunday, Jan. 2, with a reception at the Lions Club building. The couple were married Dec. 30, 1943, at Mansfield, by the Rev. James Russell.

30-year service awards were earned in 1993 and presented to Rawlings employee Don Beason and Charlie Curtis.

The Central High School Kilties drum and bugle corps was a favorite with the parade crowd here on Saturday, Dec. 4, at the Ava Christmas Parade.

DRURY – Mr. and Mrs. Chester Riley had a special visitor on Sunday –– that of their first great-grandson, Tyler Ray Boyd, along with his aunt, Missy Stout and grandmother, Vicki Stout.

Santa Claus will pay a visit to two local stores this weekend. The jolly ole man will be at the Town and Country Super Market from 11 a.m. until noon Saturday. Kiddies may then see and talk with Santa at the Ava Department Store from 1 until 5 p.m. this Saturday and next Saturday.

Help Put Shoes on our Needy Children –– Attend the Kiwanis Club Turkey Shoot, Sunday, Dec. 22, 1:30 p.m.  The shooting range will be at the former race track, one mile north of Ava on old Highway 5.  A Winchester automatic shotgun valued at $150 will be given to some lucky person on the afternoon of the turkey shoot.

Corporal Richard Flattem arrived in California from Vietnam last week. After spending a few days with his brother, Pvt. Donald Flattem and his uncle and aunt, Dr. and Mrs. Dewey Muhleman, Richard will arrive home to visit his parents, Mr. and Mrs. Kenneth Flattem. After spending a 30-day leave, Cpl. Flattem will return to Vietnam for six more months.

FOIL and CLARK –– It was 13 above here Saturday night.

Bill’s Super Market is moving to a location just south of our old location.  Watch for an important announcement about our new store.

Now on his second mission to the South Pacific war zone, Lieutenant Commander William I. Martin, son of Mr. and Mrs. Harry Martin of Ava, is the subject of a feature story in the November issue of “Skyways,” national magazine published in New York and devoted largely to the exploits of aviation.  Title of the story is “Hell-Diving is Heaven,” by Victor Boesen.

All hope for a Santa Claus parade here has been abandoned, and the parade has been postponed indefinitely, it was announced Tuesday by Ralph Kerr, president of the Douglas County Chamber of Commerce.  Mr. Kerr made his announcement after a committee representing the organization had made a canvas of the stores here selling candy and found none available.

A report of a major disaster to the allies in the Mediterranean Sea was heard here this morning by radio. The news broadcast said 17 United Nations ships were sunk in a Mediterranean harbor.  The ships were convoys and most of them had been unloaded.

Walter D. Back and Ed Hill, assistants in the state auditor’s office who have been here since July auditing the county books, expect to complete their work this week. No report on their audit here will be available for about two months, they said.

A daughter was born early Tuesday morning to Mr. and Mrs. Orville Nall at their home on the water tower hill.  The baby weighed eight and three quarter pounds and has been named Janice Ann.

Etcyl Rippee has returned from Florida where he was united with his son, Norman, whom he had not seen for 34 months. Norman is in the Air Corps at Fort Myers.

First Lieutenant Chester Spurrier, formerly of Ava, was among 1,548 officers and enlisted men of the air forces decorated for gallantry for their successful attack on the oil refineries of Romania. Lieutenant Spurrier was awarded the Distinguished Flying Cross, which is second only to the Congressional Medal of Honor among American decorations.

Mrs. Erma Peters has been elected district deputy Grand Matron of the Eastern Star Lodge, representing the 46th district which comprises the counties of Douglas, Texas and Wright.

The temperature at the Forest Service Ranger Station here Wednesday morning at 8:20 was two degrees above zero.

Mr. and Mrs. Earl Hargis, who live a few miles south of Ava, announce the birth of a daughter, Earline Faye, Dec. 8, in St. John’s Hospital in Springfield.

Mrs. Harry Williams of West plains, who for several years has been employed in the farm security office at West Plains, has been transferred to the FSA office in Ava.

“Devil’s Elbow” on the Big Piney River in Missouri is considered one of the seven most beautiful spots in the state.

Plans are now well under way for a broom factory for Ava next year. The instigators of the new undertaking are Messrs. Howard Hitchcock and son Carl, members of the East Ava Canning Co.

WASHINGTON D.C. – General Pershing cabled the War Department tonight that practically complete reports of deaths in action among the forces should reach the department by Dec. 29th and of severely wounded by Dec. 27.  40,440 casualties are unreported.

Mr. and Mrs. Will Irby of Girdner have been informed by the War Department at Washington D.C. that their son George E. Irby, was slightly wounded in action in France on October 14.

News from Willie E. Holt –– For about three months no word was received by his parents from Willie E. Holt of the east end of Douglas County.  His parents and friends had begun to think that he has been killed or missing in action.  A letter, written Nov. 11, brought the much longed for relief stating that he is okay and getting fat.  Willie received a gas burn on his right hand during the big drive the last week in September and was sent to the base hospital. He states that he did not receive mail from home while at the hospital and that he was not able to write.

Ava should begin early to prepare for a monstrous celebration when our soldiers have returned from the camps and from France.

Springfield has decided to build a memorial park to be dedicated to the memory of the city’s soldiers and sailors who assisted in winning the world war.

M.F. Yandell is preparing to move onto a farm on Whites Creek which he recently bought from Bob Spurlock.

Mr. and Mrs. Pete Marsch who moved to Ava early last fall to send their children to the Ava schools have returned to their home in Taney Co. owing to the closing of the schools on account of influenza.

PINE FLATT NEWS –– More rain. Almost everybody down with the flu. Not much visiting now. Everybody seems to be afraid of the flu. Stay at home and tend to your own business seems to be the slogan now days.

ROCKBRIDGE –– The mail has been delayed since last Friday on account of the creek being past fording.

The larger part of the state government in Jefferson City has the grippe.

Land is being taken up in Taney County at the rate of 380 acres per week.

The operation for appendicitis has just been performed on a lady in Joplin.

There are 33 branches of the YMCA in this state.

Dead Man’s Valley is near Pierce City, and a dead man was recently found in the vicinity.

A steamboat has been put on the White River. The vessel goes from McBee’s Landing in Arkansas to Forsyth, Mo.

W. O. Johnson, of Mexico, Mo., has a pipe which he values very highly. It was carved from soapstone by his grandfather Johnson in Virginia some 60 years ago.

Signs of a hard winter begin to multiply. The Missouri chickens are wearing extra heavy underwear this season; that is to say, the pin feathers are unusually thick

William Francis Petty, who died recently at Logan, Texas, was formerly a Boone County, Missouri, man. During the civil war, he was captured and sentenced to be shot, but escaped from the Louis prison through a tunnel.

About 30,000 California salmon were placed in the Ozark streams by the state fish commissioner some years ago, and two and three pound fish are now frequently caught.

The latest statistics prove the more than two-thirds of the grown male population of the globe use tobacco in some of the many forms by which it is taken.

Two little five-year-old boys were talking about religious matters the other day.  Said the first: “My papa always says grace at the table.”  “What’s grace?” inquired the other. “Why askin’ God to bless the food you’re eatin’ for Christ’s sake, amen,” answered the first. “Don’t your papa ever say grace?”   “I never heard him saying it but once,” was the innocent reply. “An’ that was one day when he was fixin, the pump.”

It is believed that the custom of raising the hat in saluting ladies is derived from the days of chivalry, when the knights unhelmed before ladies, that by so doing they might forego the advantages which their armor conferred upon them –– rendering them defenseless and at the same time by such act declare their belief that woman was the soul and fountain of honor.

I have no purse of gold, my dear,

With which to buy you dainty things;

The purse is empty and the gold

Has flown away as if on wings;

So, sweetest wife in all the world

Tho’ you possess the greater part,

I’ll give to you on Christmas day

Another fraction of my heart.

HERMANN, Mo. –– Samuel Robertson, the last of the Sand Hill train robbers was sentenced to 15 years in the penitentiary. He was charged with burglary and robbery, for holding up a Frisco train in St. Louis County, and an attempt to rob the Wells Fargo Express.