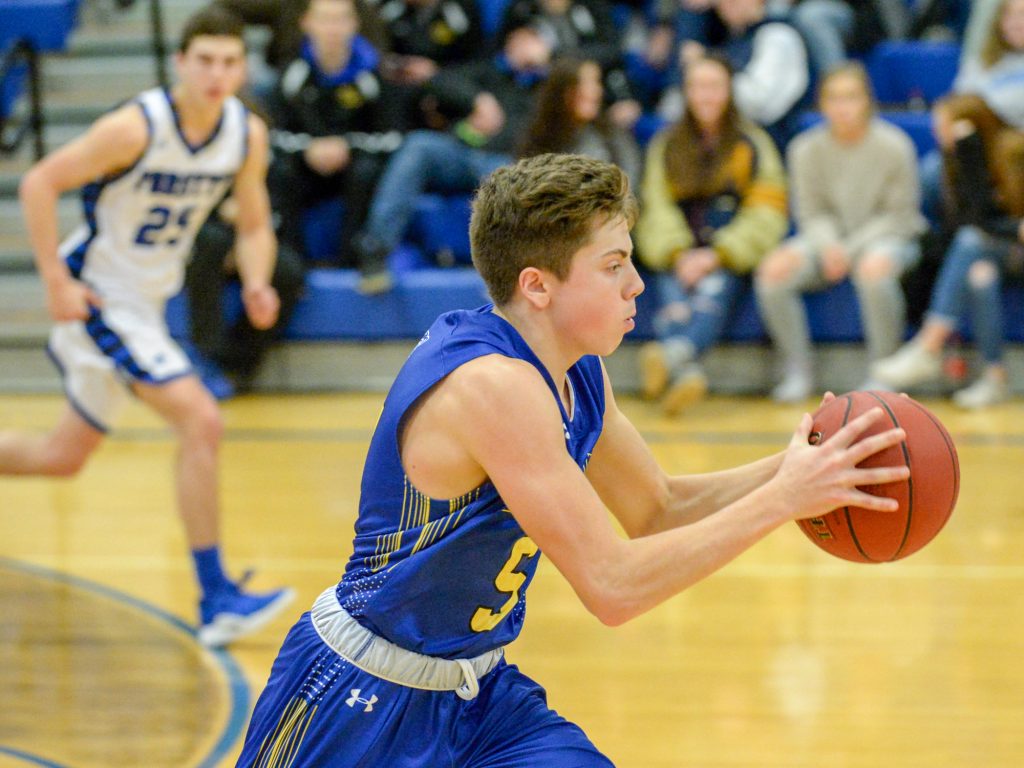 Behind the Ava crew running the maple strips is head coach Mike Mallow who concluded a post-game interview last week making mention at the task that lay ahead for the Bears.

“Friday is a big challenge, we’ll see what happens,” said Mallow at Bradleyville on Dec. 11.

“I knew they would be a great team, that this would be a tough place to play,” said Mallow after the game. It’s the first true road game we’ve had… against an opponent with a winning record.”

The Bears were tagged with two previous losses, one to Mansfield (97-80) and another to Seymour (88-79) during the Dec. 3 – 8 Mansfield Tournament where the Bears drew third place.

After last week’s 95-70 stunner over Bradelyville, the Bears’ coach wasted no time getting prepared.

“The things you have to do to win a very close game, we haven’t had to practice other than in a practice situation,” said Mallow. “We hadn’t done it in a gym full of people screaming and yelling, the other team scheming against you and all that.”

From tipoff, the two teams showed their athleticism and made sure each knew what the other was bringing to the court.

The opening bucket went to Forsyth’s Buck Sanders, who would play a vital role in the Panthers’ offense later in the game.

The Bears’ Nate Swofford and Blake King both sunk threes in the first to make a third of the Bears’ 15 points against Forsyth’s 12. Even with the narrow lead, some of Ava’s fans were already thinking this one was in the bag.

Neither team let up, making sure point runs were short while keeping the tempo swinging back-and-forth.

Andrew Dalton would deliver six, with four apiece from Drake King, Swofford, and Kayden Bruce for 18 points before the half.

Fouls started to stack up against the Bears, who allowed 12 to Forsyth’s 11 in the first half.

Those fouls would amount to seven points at the stripe for the Panthers on top of twos from Dawson Deroo, Trevor Turner, Jordan Letterman and Sanders for 17 points into the half.

Going into the locker rooms at the break, Ava lead 33-29. Unable to shake the Panthers offense and no front-runner to clamp down on, the game was still up for grabs going into the second half.

The Bears would take advantage of cooling several Forsyth shooters, but Panther ace Buck Sanders was just getting started.

With four field goals and a shot from outside the arc, Sanders would put up 11 of the 14 points for the Panthers in the third quarter.

“I knew he was a pretty good player. They kind of got onto a momentum,” said Mallow.” We’ve struggled with good, quick players in the open court. But then again, that open court situation is what makes Andrew Dalton so good. He is one of those quick players.”

The Ava bench would answer with a gain on the Panthers, leading  by ten with 2:20 left in the third quarter.

Threes from Swofford, Blake King, and Caleb Johnson on top of two from across the bench put the bears in the healthy 56-43 lead at the end of the third.

Ten field goals, two singles and a three from Forsyth’s Sanders made a spectacle of a game as the Bears worked to keep a dwindling lead alive.

Sanders shot for 32 through the game, making 15 in the fourth quarter alone.

Paired against the consistency seen from the Bears, the lead shortened to nine with 3:29 left. Then 7 with 2:55 in regulation.

Well-executed time outs to break up the tempo leaning to the Panthers,

Mallow worked on play execution from the restarts, making sure players like Andrew Dalton, Blake King, and Nate Swofford got the touches needed to keep the points coming.

“When we hit the three to go up sixteen, that was a set play we ran out of the time out for Andrew,” said Mallow after the game.

Swofford would shoot 24 for the night, followed by Dalton with 19. Kayden Bruce, who often sparks the offense, was also able to find himself in the right spot at the right times for 9 points Friday night.

Fouls lead to bonus situations for both teams into the final 30 seconds of the game and it would appear that the whistle wasn’t around to help the Bears when they needed it.

The lead dwindled down to 77-74 with only 21 seconds left to play under fiery frustration and uncertainty of what the final seconds would bring.

One more three from Forsyth, out of the timeout, had the crowd on-edge. A dagger from their ace, Sanders.

It was answered by a field goal from Ava and a last-chance timeout from the Forsyth bench.

“What upset me, we scored and went up six points then went down there and didn’t guard him,” said Mallow.

With the match within one field goal of tying the game, the clock would run out in the Bears favor for a narrow, but important 79-77 victory over Forsyth.

One of the things I was worried about was the fact that we’ve lost by nine, then lost in double digits to Mansfield… then we’ve had blow-out wins,” said Mallow. “It was good to have a game like this and come out on top. A lot of teachable moments and a lot of things to work on.”

One notable feature of the Bears in overall scoring is the distribution of double-digit scoring players on the roster. It is a consistency that Mallow plans to keep working on going further into the season as several opponents lean heavily on fewer-scoring athletes.

“My hope is that this is how we play every night,” said Mallow. “Average over 80 points and as we get better and better at it and others don’t, that margin will spread a little bit.”

Even though it is Christmas-time, the Bears JV squad nearly gave the Panthers JV a present after their halftime break. Luckily, the JV Panthers gave a 21 “gifts” right back.

The Ava JV squad opened with a 13-8 lead over the Panthers in the first.

Twos from Dylan King, Mason Cole and a three from Payton Evans helped bolster the Bears position on the court.

The lackluster performance from the JV Panthers in their 12-point first half made victory all but improbable for the Bears.

An 11-point-run fueled by Mason Cole, who shot for 12 in the second quarter was almost for-not after the half when the JV Bears were routed with a 23-11 point differential in the third quarter.

Forsyth’s Hunter Cresson would deliver for 12 points in the third, aided by Zach Mann with seven.

Luckily the Bears were able to shoot seven from the charity stripe in the third after they were held to just two buckets from Mason Cole and Zak Miller.

With Cole effectively cooled by the JV Panther defense, the Bears found it difficult to pull points by their own means.

Payton Evans and Dylan King were the only two to find the basket in the fourth quarter. Instead the Bears would make-up 14 in the fourth from the aid of fouls given by the Panthers.

The Bears shot 20 of 36 free-throw attempts through the game. 18 of those free points made in the second half.

Despite a 58-50 win over the Forsyth JV squad the JV Bears were out-gunned in the second half, pulling the W by the good graces of the Forsyth defense’s 21 second half fouls. 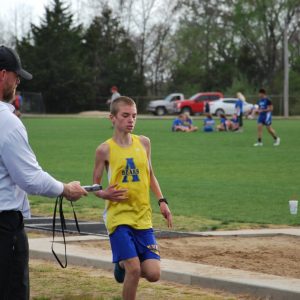 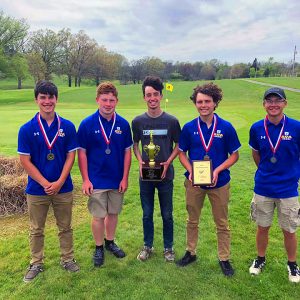 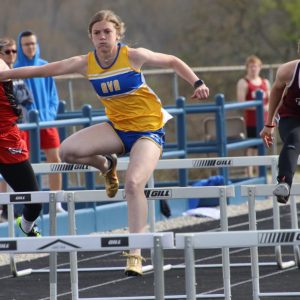 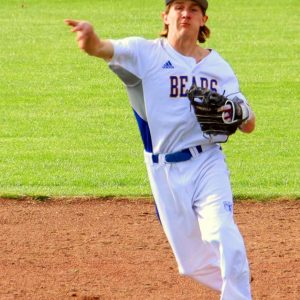