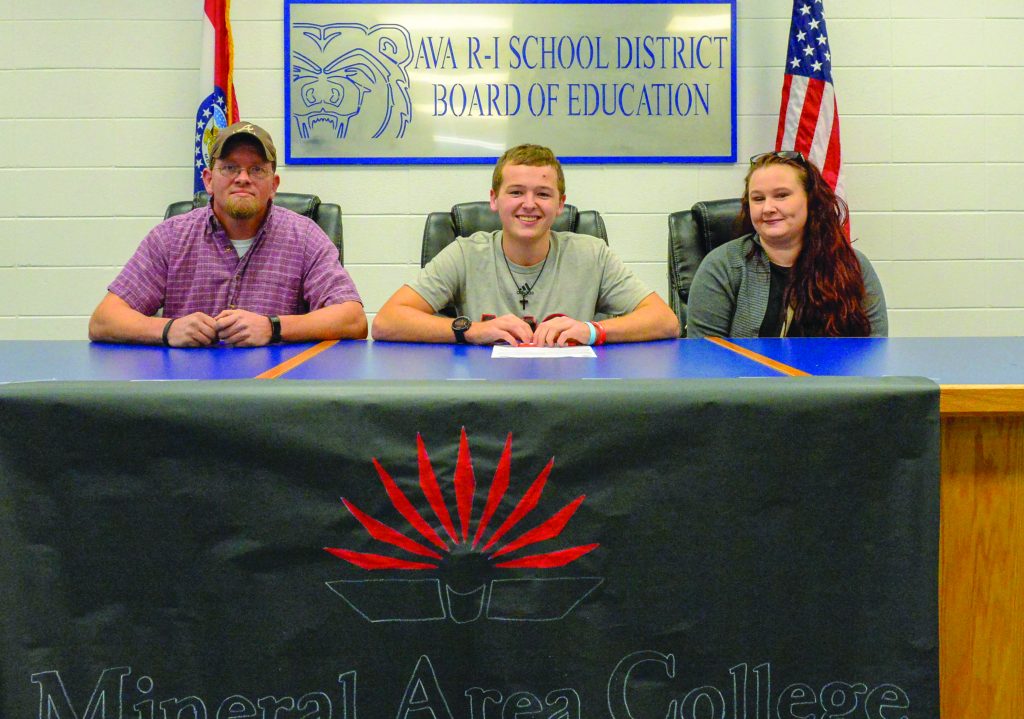 Ava High School’s Bryce Mings and Thomas Emerich may not have had college in mind as a high school freshman, but will have the opportunity to further their  education at the collegiate level.

Tom Emerich celebrated his soon-to-be post-high school success with a ceremony Tuesday, Dec. 5, at the Ava school board conference room.

Sitting front and center, Emerich took time to be in photographs with family, friends and teammates.

The four-year starting letterman student intends to become a student and play baseball for Crowder College.

Crowder is a two-year college established in 1963 and is located in Neosho, Missouri, south of Joplin.

The school is affiliated with the National Junior College Athletic Association and competes in Region XVI, Division I.

The “Roughriders” have had two recent NCAA Division I success stories with students committing to play for Alabama and Arkansas State.

“I started (playing) my freshman year, I got honorable mention all-conference in my sophomore year, second team all-district,” said Emerich. “Then first team both ways my junior, senior year.”

Even with a college to call home next year, Emerich has not lost sight on his senior season as an Ava Bear.

With two other offers, Emerich saw the success Crowder has had signing students to Division School.

Baseball has been a big part of his life, Emerich stating that he has invested a lot of his time and summers learning to better his performance in the national pastime.

Bryce Mings had a ceremony Thursday, Dec. 6, to celebrate signing a letter of intent to attend and play for Mineral Area College.

The two-year college is located in eastern Missouri, south of the St. Louis area in Park Hills.

Mings wasn’t always a part of the sports scene, finding his love for running during his sophomore year.

That didn’t stop him from becoming a top runner, with a 5K personal-record of 17 minutes and 49 seconds, and medaling in all nine of the high school’s district meets.

He also runs the 800m, 4x800m, 1- and 2-mile events.He was also named  to the honorable mention team by area coaches for Class 3 All-District of Southwest Missouri.

“It’s really cool. It was only recently found out that I wanted to compete,” said Mings. “I worked my tail off trying to figure out how to do it. Finally, reached that goal, it’s amazing.”

Mings already has plans to move past the two-year college, looking at larger universities once he becomes acclimated to the college environment.

“I’m not sure yet, but I want to get the best opportunity I can,” said Mings. 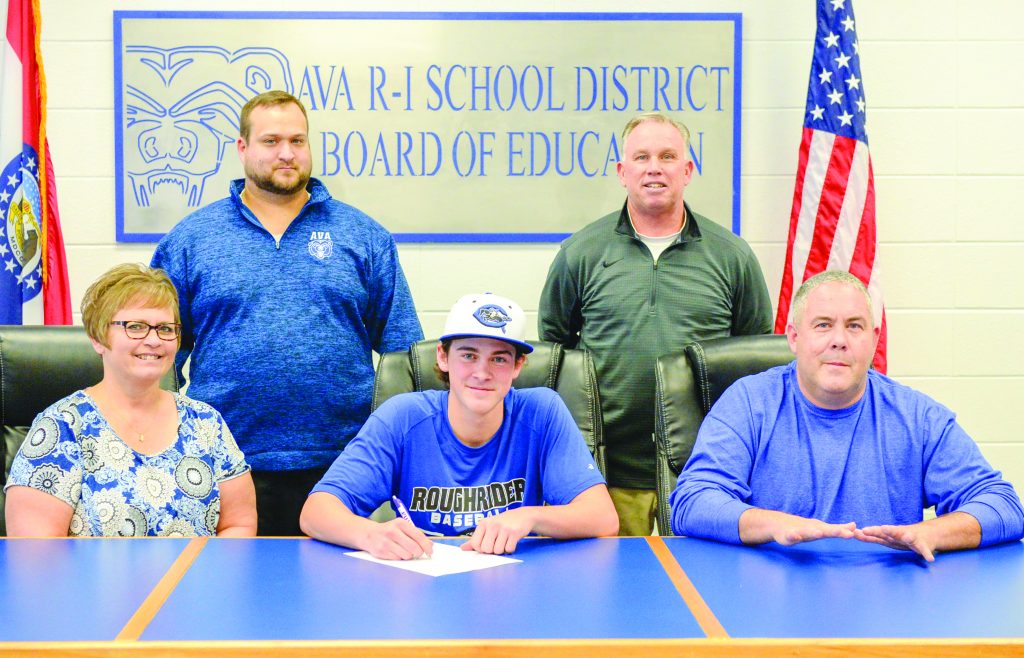