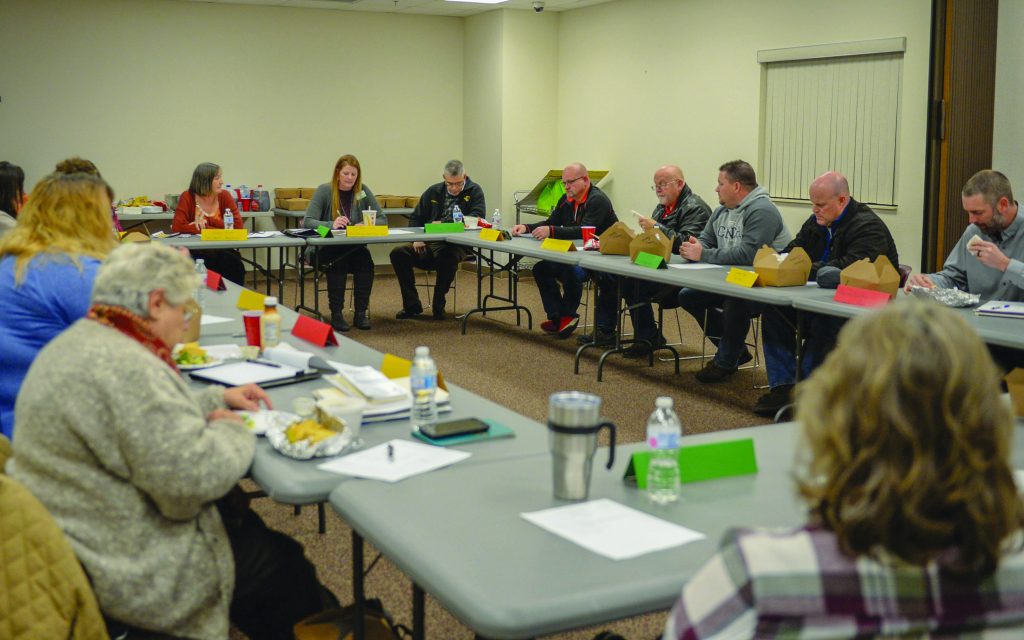 The opioid crisis is gripping the heartland of America as arrests and overdoses skyrocket across the nation. That same crisis is occurring in Missouri.

It is also occurring here, in Douglas County.

According to a report from the St. Louis Dispatch, Missouri governor Mike Parson started a tour of the state this week to address issues related to healthcare in the state. Part of the scope of the tour is looking at the abuse of prescription medications.

The U.S. Health and Human Services department made $1-billion available to states to combat the opioid epidemic. Missouri was granted about $29-million of those funds, yet remains without a government-legislated prescription drug monitoring program.

Between 2006 and 2017, the annual national prescribing-rate per 100 persons decreased for all opioid substances, an overall relative reduction of 19.2%.

However, in the same time period, CDC researchers discovered that the abuse of opioid substances continued to rise.

Most opioid abusers, prescribed and illicit, are between the ages of 25 and 64. The highest concentration of abusers are between 25-34.

According to  Missouri Department of Health and Senior Services there were 951 opioid-overdose deaths reported in the state. Most of the impact appears to be in and around the St. Louis metropolitan region.

Douglas County was reported to have no known deaths in 2017, but the state acknowledges that data for rural populations can be inaccurate and does not mean the issue is not present locally.

Between 2012 and 2016, the Missouri DHSS reported 22 instances of emergency room visits due to opioid abuse related to Douglas County.

This figure did not indicate the overdoses occurred in the county, only that residents from the area were involved.

The State of Missouri tracks only heroin and non-heroin opioid deaths. This limitation creates data gaps needed to determine which drugs are actually causing health concerns. Trends show an increase in non-heroin deaths between Jan. 2014 and Nov. 2017.

In October, President Donald Trump signed a bill with support from both sides of the aisle which would take aim at tackling the nation’s medicinal abuse crisis. The new law was designed to reduce over-prescription by doctors and combat black-market trafficking of the potentially-fatal street drugs such as the synthetic opioid, fentanyl.

According to a CNN report, Trump and Chinese President Xi Jinping recently met in Buenos Aires for a sidebar at the international G20 summit. There it was agreed that China would reclassify fentanyl as a controlled substance, imposing harsh punishments for those who illegally distribute the drug to the United States.

Several programs across the nation have been established to provide Narcan, the opioid-reversing drug that can save overdosed individuals from death.

Such cases include individuals with the history of illicit opioid use, persons with a history of overdosing, patients on high-dose opioid medications, and persons who have a legal prescription but have a history of alcohol abuse.

Persons with family members who may suffer from substance use and addiction can also voluntarily purchase the life-saving medication to try and prevent a household tragedy.

The order was part of legislation signed into law by former Governor Eric Greitens. The law also expanded “Good Samaritan” protections to persons who “act in good faith to assist” in an overdose situation.

According to an Aug. 2017 press release from the DHSS, the law also shields both the victim and person seeking help from possession charges.

Borrowing words from a seminar, Missouri Ozarks Community Health (MOCH) Rural Health Network Director Rebecca Gann clearly stated, “We are not going to Narcan our way out of this.”

Like other communities in the nation, Texas, Ozark and Douglas counties are teaming up to fight the crisis from the bottom up.

Tuesday, members of several community organizations and churches met to discuss how the substance use disorder is affecting employment, school attendance and performance, mental health, personal faith, and even prenatal care.

Becky Gann opened the meeting with her findings from conferences and information she found relevant to the community.

According to Gann, there have been 153 cases of substance use by pregnant women she knows of through her work with MOCH. Other organizations are seeing similar trends.

“It is an equal opportunity disease, “ said Gann. “It is killing Americans at an unprecedented rate.”

Death and overdose are not the only issues folded into the problem according to Gann’s findings. Sexually transmitted infections from needle-sharing and the sex-for-drugs trade are a problem for overall community health.

“It is impacting a lot of fathers, a lot of mothers, and children,” said Evans. “This is a family matter.”

Evans does not look at the issue as a good-or-bad person problem, either.

“We are seeing good people go to prison,” said Evans.

Evans shared concerns regarding child development, inferring that the crisis can extend to children who can suffer developmental complications from adverse effects before birth.

Several members of local law enforcement agencies were present to comment on the matter. Vernon Johnson of the Douglas County Sheriff’s Office says the “huge jump in addictions” scares him.

Johnson referred to the local jail as a “revolving door” where addicts come back time and again.

Douglas County Sheriff Chris Degase shared a similar perspective regarding repeat offenders, stating that there were “very few success stories in our department” as he spoke of seeing familiar faces in arrests related to illicit drugs.

“It’s frustrating to get the same people over and over,” said Degase. “What we are doing now isn’t working.”

Open discussions grew at the mention of education. At one point in the meeting, a question was asked  about the Drug Abuse Resistance Education program (D.A.R.E). According to reports, funds were cut for the program in the early 2010s.

The Douglas County Community Health Assistance and Resources Team (CHART) has been dealing with aiding substance users for about 28 years.

The organization looks at community health and prevention. Nina Carter believes education is a large portion of battling the crisis, emphasizing the need to address the matter with children at a very young age.

Carter praised the group for forming a “coalition” that can bring more resources and data to the table.

CHART has been able to fund drug take-back bags for residents weary of leaving old prescriptions with law enforcement offices. Through grants, the organization fights to keep the community healthy.

Beyond prevention, the group discussed treatment and support options for users and recovering addicts noting that the unique location of Ava and the county can create physical barriers to treatment.

The group looks to meet again to discover ways to gather data from employers, health organizations, law enforcement agencies, and other groups to create a grant proposal to fund a future solution to aid or supplement public and private rehabilitation programs which do not currently cultivate the success needed to break the chain of addiction and stem the deadly epidemic sweeping the country.