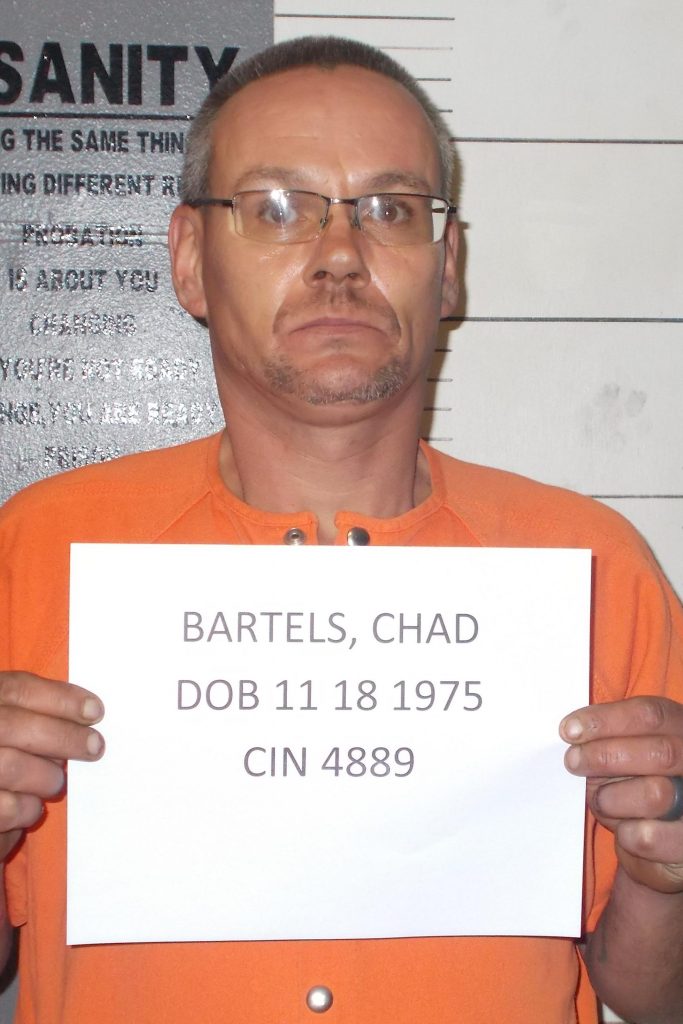 On November 20, 2018, Sheriff Chris Degase and Deputy Harley did a check well-being on a residence with children off N highway, south of Ava.  Subsequently, upon arrival, a male subject was detained and placed under arrest.  Josh Springer, age 32, of Ava, was charged with Possession of a Controlled Substance Felony D, with a bond of $20,000 Cash and CPS supervision.  Springer is currently in the Douglas County Jail.

On November 25, 2018, Deputy Harley made a traffic stop on a vehicle that was known to be driven by an individual who had an active warrant out of Douglas County.  Upon stopping the vehicle, Chad Bartles, age 43, of Ava, was arrested and after searching the vehicle drugs and paraphernalia was found, as well as a homemade explosive device.  New charges are pending.  Bartles is being held in the Douglas County Jail on a no bond warrant for a probation violation.

The entire staff at the Douglas County Sheriff’s Office appreciates the Black Jack Church for blessing each one of us for the Thanksgiving holiday.  It was very thoughtful and  much appreciated!