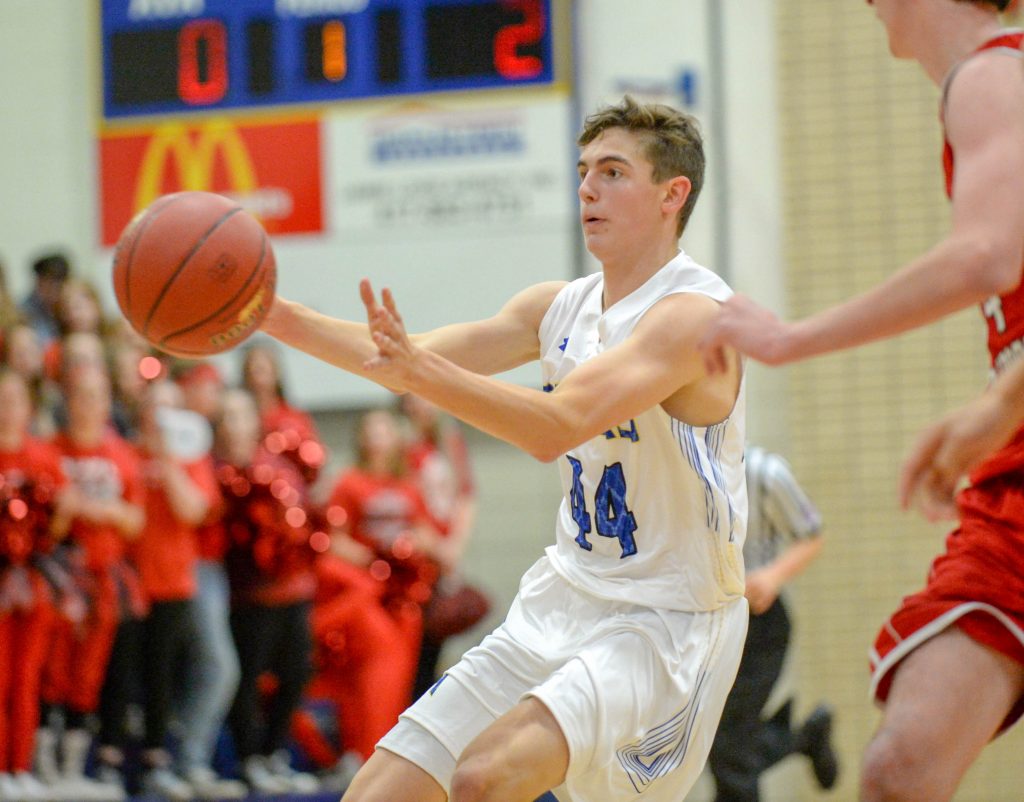 Alive. That was the feeling inside the Ava High School gym Tuesday, Nov. 27, when the Bears took on the Gainesville Bulldogs at home.

The varsity squad was led by Andrew Dalton who scored 19 in the first half to help pull away from the Bulldogs. Dalton added another seven in the third quarter to sink a total of 26 for the Bears.

“He is a good, young player. He is aggressive. Quick off the three,” said Mike Mallow, head coach for the Bears.

Drake King put up another 12 through four quarters to bolster the tally and push the Bears to a win over Gainesville.

Fouls were a problem for the Bears, who gave up 15 in the first half and another 9 after the break to give the Bulldogs 16 points at the stripe, but that didn’t seem to faze Mallow.

Despite the high volume of fouls given by the team, Dalton only gave two in four quarters of play.

“He is pretty smart about when he is out of position and putting himself in danger of a whistle,” said Mallow.

The Bears had a slow first quarter, trailing 15-12. After finding traction they were well ahead into the half, leading 41-28.

After the break the Bears brought the offense onto the court scoring 40 points with performances from beyond the arc by Blake King, Tom Emerich, Nate Swafford, Kaden Bruce and Quinton Donley.

The junior varsity squad held on to a narrow win against Gainesville, a margin which could have been wider if the younger team had let fewer fouls go to the charity stripe.

“I like our JV kids, they work really hard. Some of those guys are varsity bench guys who caught some minutes in the varsity game,” said Mallow.

The Bulldogs JV took advantage of a whistle-filled second half, picking up 14 points off mistakes on the Bears’ side of the court.

Mason Cole and Dylan King both fouled out in the fourth quarter, the Bears taking back only 5 points at the stripe in the second half.

The game knotted-up at 22 with less than a minute to the halftime break, broken by back-to-back layups by Jacob Gilles and Zach Miller to give the Bears the lead 26-22.

The Bears held on to the lead through the third quarter, out pacing Gainesville 43-38 and opening up a nail-biting fourth.

Fouls hurt the Bears who allowed Gainesville’s Landry Jenkins to sink six of the Bulldog’s eight free-throws in the fourth quarter.

“He is a really good player, he is going to be a good player,” said Mallow, commenting on Jenkins.

“It’s the silly (fouls), the ones where you have some guarding and they reach out and touch them. Those are the ones we want to clean up,” said Mallow. “We just need to get our hands off and quit giving them easy calls.”

The back-and-forth continued until the game was tied at 52 with less than a minute to play.

As the seconds peeled off of the game clock Quinton Donley, who totaled 15 points through the game, snuck-up for a game-sealing steal and layup right before the buzzer decided an ear-deafening 54-52 victory for the JV Bears.