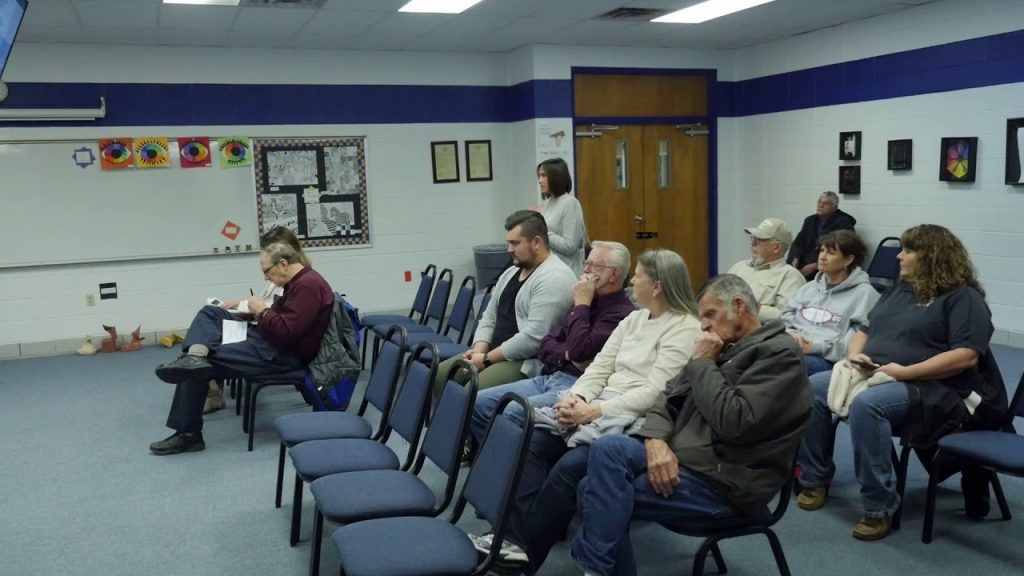 During the Tuesday, Nov. 20 Ava R-I School Board meeting, Dr. Jason Dial informed board members  the school’s audit for the 2017-18 year was deemed clean by the Springfield firm of Randall Moots-KPM Certified Public Accountants.   The superintendent said the audit held one caveat which is a standard recommendation made by the firm each year, and that is for broader exposure in the separation of duties.  According to Dial, the recommendation is deemed a material weakness not a finding.

The 2017-18 Audit Report was approved as presented in a 6-0 vote, as Mark Henry was absent from the session.

Dr. Jason Dial advised financial standings for the current school term have not changed since the last budget report.  He noted the district continues to maintain a sound financial position especially when considering the board adopted a deficit budget for the year.

Assistant Superintendent Aaron Dalton said he has been individually meeting with seniors to reinforce their progress toward requirements for attaining A+ eligibility status.  He noted the vast majority of this year’s senior class is on track to meet the qualifications for A+.

He noted an upcoming professional development seminar will focus on Intruder Training.

A proposal to install cameras on all school buses was briefly discussed, however, no voting decisions were made on the issue.

According to Dr. Dial, three camera installation bids have been received, but at present, the money is not in the budget.  Dial said for budget reasons he would prefer to wait until next summer to pursue installation.  Dial advised proposals have been received from 24/7 Security, for $53,587; REI, $66,000; and Netwatch, $83,863, and all the submissions include installation.  Board member Troy Tredway recommended setting up a demo and trial with at least one camera system prior to finalizing any purchases. He noted it would be wise to see if the camera meets the standards needed.

The board voted to accept an $8,000 bid from Lehman Excavating for readying an area for a concrete pad for the new maintenance building which the school plans to build on the east side of the campus.   A second bid was submitted by Dodson Excavating for $8300.   In addition, the board selected Bloodhound Construction with a bid of $23,600 to pour the 40×80 monolithic pad with rebar.  Reed Construction of Branson had submitted the lowest bid with $23,100, but the board chose to use a local contractor for the project.  Both votes were 6-0.

During the meeting, it was announced two board seats would be filled in the spring election to be held in April.  According to Dr. Dial, the board positions currently held by Lowell Strong and Troy Tredway are up for election. Candidate filing will open in a little less than two weeks, on Tuesday, Dec. 11.  The filing process takes place at the school administration office, and the last day to file as a candidate for the board is Jan. 15, 2019.

Camryn Lee, the current student advisor board member, will relinquish her position in December to a newly elected student representative that is selected through an interview panel process and vote of the student body.  Dial advised the process is now underway, and a member of the school board is needed to serve on the interview panel.  Deana Parsick volunteered for the task.

The At Risk / Alternative School Program review was approved as presented by high school principal Dr. Teresa Nash.  The director of the Alternative School is John Johnson, and according to Nash, the program has experienced a significant increase in numbers due to added class offerings. Program involvement has climbed from 79 to 167 students.

Dr. Dial acknowledged 13 students have applied as candidates for the Belcher Scholarship opportunity at Ava.  For consideration, each student applicant writes an essay, and after reading the essays, each board member selects the three submissions they deem the best.  The board will then select one candidate as Ava’s representative, and that students will then move on to compete at the regional level.