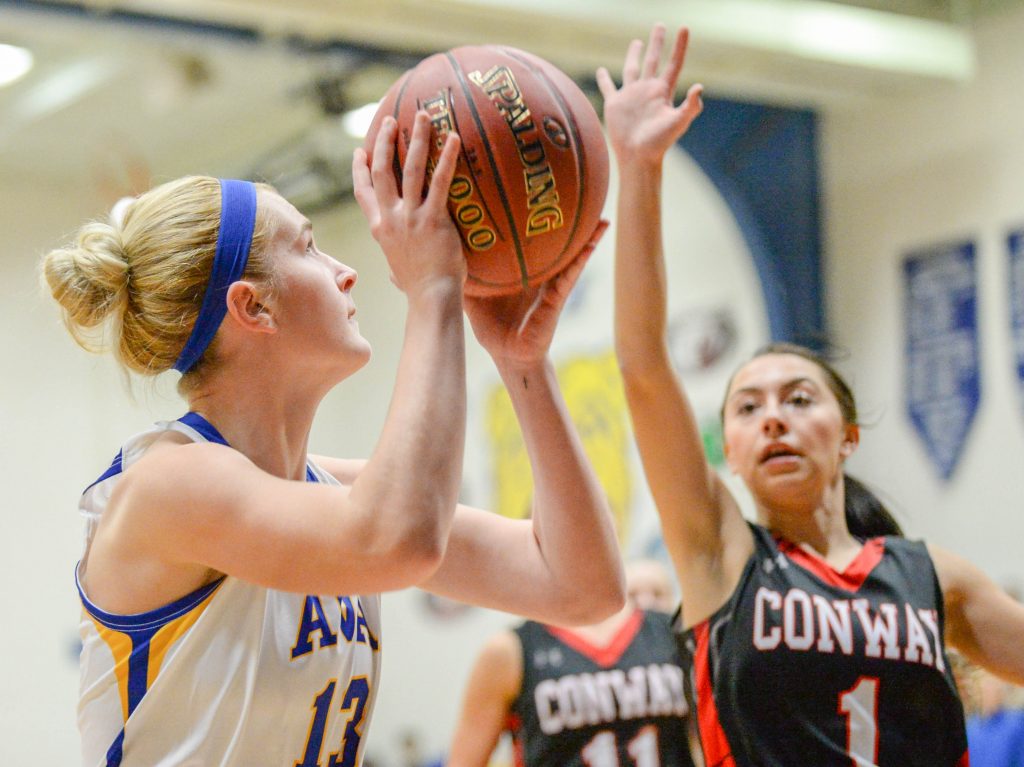 Ava High School forward Claire Fossett (13) drives the lane for a shot attempt during a game Monday, Nov. 27, in Ava.

The Ava Lady Bears added another W to the Junior Varsity and Varsity squad win columns Monday Nov. 27, during a contest at home against visiting Conway High School.

The Varsity Lady Bears developed a front of offensive players with Claire Fossett leading the pack with 13 points, followed by Araina Evans with 12. Devin Rowe and Lauren Mendel contributed 11 each.

The Ava Lady Bears continue to shoot successfully from the stripe, Fossett delivering on five of her attempted free throws, Hanna Evans adding six, and Ashton Bewly tossing-in another four. 18 of 30 shots drawn from Conway.

The Ava Lady Bears held the lead through the game, closing with a final of 61-43.

Into the third quarter, the JV Lady Bears were able to clamp down on Conway shooters Lakyn Shelton and Jameson Cromer, keeping them both to 10 points in the first half.

Hallie Smith sank 9 points, one from the arc, in the second half followed with 7 from Julia Henry. Lauren Hall also added six to the tally.

However, the JV Lady Bears were also gifting fouls to Conway who took to the charity stripe for a third of their earned points in the game, seven taken in the fourth quarter alone.

Lauren Hall and Hailey Nelson delivered half of their squad’s 16 fouls to Conway.