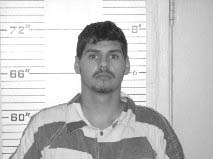 Nathan Jensen Pleads Guilty In the Death of Kenny Stout

Jensen pled guilty on August 15, 2018, to murdering Kenny Stout. The case was in Pulaski county on a change of venue.

The defendant had Dr. Brooke Kraushaar, forensic psychologist from St. Louis, testify on his behalf and she had prepared a 14-page report on why the defendant’s sentence should be mitigated. The defendant then testified and read a lengthy letter to the court. He then called a witness in the case to testify as to how scared Jensen was the day after the murder and how Jensen’s co-defendant, Christopher Jorgensen, tried to kill Jensen in Texas County.

After the witnesses, each attorney was allowed to argue. As part of the plea agreement, the range of imprisonment was 10 – 20 years.  Wade argued for 20 years, and at the close of the argument, Judge Beger announced that he agreed with the State and sentenced Jensen to 20 years imprisonment. Beger then told the family that he did not have words that were adequate to express how sorry he was for their loss.

“Michael and Marianne were very brave to stand up in open court and tell the judge how their lives have been affected by their son’s death while the person who killed their child is in the courtroom just steps away.  They were composed and each gave a heart-wrenching account of the anguish they have endured. This was a law day in Waynesville so the courtroom was packed while this sentencing hearing took place.  But their account touched all the people there,” states Chris Wade.

“There were probably close to 100 complete strangers in the courtroom and it was total silence as the gallery listened to their statements; no one moved the entire time they spoke,” Wade continued.  “One of the bailiffs was crying and when the hearing was over a woman brought a note to them telling the family how sad she was for them. They touched a lot of people and I am very proud of them.”

Jensen was originally convicted in 2013 of second degree murder, armed criminal action (ACA) and abandonment of a corpse.  The Supreme Court overturned the convictions for Murder Two and ACA, but affirmed the conviction for abandonment of a corpse, so he has been serving that sentence in the Department of Corrections while awaiting re-trial. His co-defendant, Christopher Jorgensen, testified against Jensen and received the same sentence as Jensen.

“On the re-trial, we had a new judge, a new prosecutor, and a new defense attorney.  Also, some of the witnesses were now not cooperative or in legal trouble of their,” Wade said. “Jensen had always rejected pleas before and I assumed we would go to trial that was scheduled for October 1, 2018, but he surprised everyone and pled. The family was relieved because they didn’t want to have to relive this ordeal for another week. They also don’t have to worry about another reversal in the appellate courts.”

Kenny Stout was 17-years-old and survived by his parents, brother, sisters, and several nephews and nieces he never had the opportunity to meet.