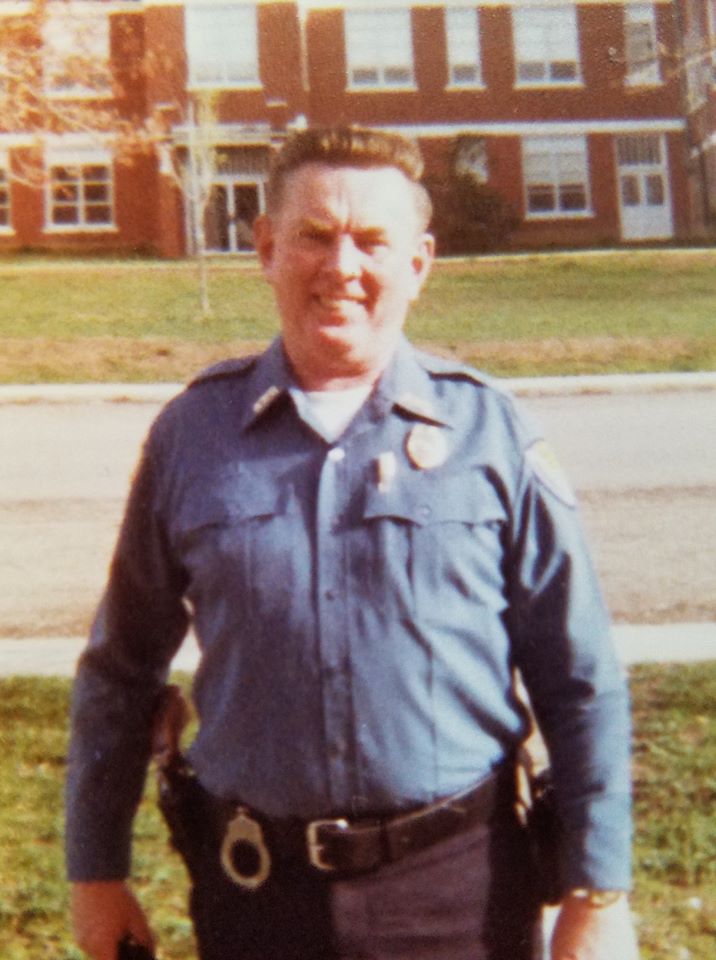 He proudly served his country in the US Army during the Korean Conflict earning several awards and an honorable discharge.

He will be remembered by many people in the Ava area for his ten years as an Ava City Policeman.  When he came to Ava in 1980 he brought the love of serving people in the law enforcement field with him, having previously done that type of work in Hawthorn and Reno, NV.

He had a profound love of reading, especially, his daily habit of Bible reading.  He could discuss scriptures with neighbors, friends and family very comfortably. He also enjoyed visiting with family, listening to big band music and was very interested in anything connected with trains and locomotives.

For the last 37 years he shared these passions with his “soul-mate” and companion, Ila Stillings who he affectionately referred to as “Louise.” He was devoted to her and tenderly cared for her as long as he could.  After her move to the nursing home he was there constantly so they could be together. He will be remembered by many as a truly considerate gentleman who was loyal to the end.

He was preceded in death by his parents, brother, Eugene Boak, sister Phylis McGhee and son Edward Thomas Boak.

He is survived by his soul-mate, Ila Louise Stillings, son, Thomas Edward Boak II and siblings; Marilyn and Don Muller of Iowa , James and Mary Boak of Colorado, Jeanette Bye of California, Betty and Ray Hemmer of Nevada, John Gustafson of Colorado, and Stephen and Cathy Gustafson of Nevada.  He is also survived by several grandchildren and great-grandchildren.  He will be deeply missed by his additional family, Kim and Randy Stamper, granddaughter, Marla Harnden, and grandson, Tyler Stamper.