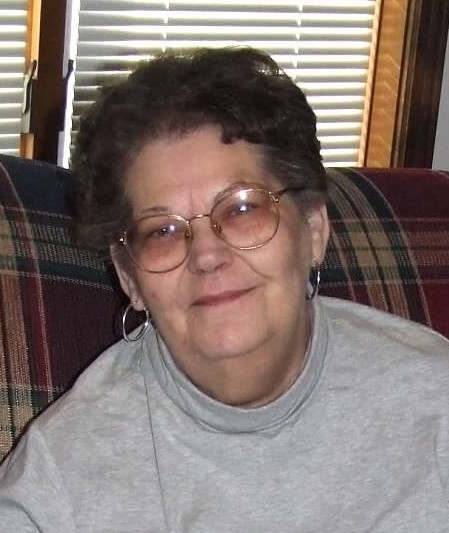 Sharon grew up on a farm in Goshen County, Wyoming and graduated from Huntley High School.  After graduation she went to cosmetology school and spent some time working in that trade in Scottsbluff, Nebraska before moving to Cheyenne, Wyoming.  It was there she met her future husband who was stationed at Frances E. Warren A.F.B.  They married on April 5, 1975 in Hawk Springs, Wyoming.  During the remainder of Robert’s Air Force career, they traveled and lived in a variety of places.  Sharon gave birth to her first daughter in California, second daughter in Missouri, and third daughter in Germany, during their stint at Izmir, Turkey.  After retiring from the Air Force in 1987, the family moved back to Mountain Grove, Missouri, where her husband was from originally and then in 1994 moved to the Vanzant area.

Sharon’s greatest joy was being a home maker to her family as that was her full-time career after marrying.  Among keeping the household running smoothly, she also enjoyed several hobbies.  She was quite crafty and passed her creativity on to her daughters as well.  Crocheting was her top hobby, but she also liked sewing, cross-stitching, embroidering, and scrapbooking.  She loved to make each holiday special in a variety of ways:  trying new recipes, hand-crafting decorations, or gifting her family with specially made treat bags of gifts and goodies.  Just before her passing, she had made special trick-or-treat bags for her grandkids. And not long before that, she was passing out newly made soup bowl cozies.  She had a green thumb and kept the yard adorned with flowers, plants, and shrubs.  She loved all sorts of flowers, but was especially fond of lilacs and their beautiful scent.  She also liked to cook and bake.  She was a master at making perfect no-bake chocolate cookies.  She truly loved cooking dishes each week to take to the Thursday night pot-luck at the Vanzant Jam Sessions where she enjoyed listening to the music and visiting with her good friends.

Visitation for Sharon Upshaw was Tuesday, November 6, 2018, from 6 PM to 8 PM in the Craig-Hurtt Chapel. Funeral Services were held Wednesday, November 7, 2018, at 10 AM, also in the Craig-Hurtt Chapel. Pastor Carl Phipps will be the officiant with special songs “Farther Along” and “I’ll Fly Away” performed by Leslee and Breauna Krider. Serving as pallbearers will be Tom Barker, Jonah Clenney, David Upshaw, Leslee Krider, Roger Lawrence, and Roger Wiseman.  Honorary bearers will be Daily Upshaw, Dean Upshaw, Kenneth Anderson, John Weber, Kyle Barker, Caleb Barker, Christopher Upshaw, and Richard Johnston. Burial will be in the Denlow Cemetery near Vanzant, Missouri, under the direction of Craig-Hurtt Funeral Home of Mountain Grove. The Upshaw family has requested memorial contributions be made to Denlow Cemetery in care of the funeral home.