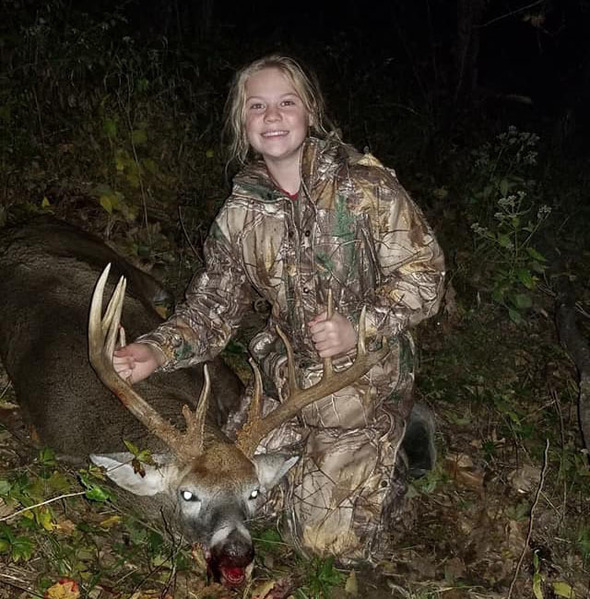 MDC Photo: Allison Drummond with her deer she shot during the early portion of youth firearms deer season. Top counties for the early youth portion were Howell with 350, Osage with 316, and Franklin with 263.

Top counties for the early youth hunt were Howell with 350, Osage with 316, and Franklin with 263

For the latest deer harvest totals by county and portion, visit MDC’s website at http://on.mo.gov/1jjz7Ew.

Get more information on deer hunting in Missouri through MDC’s free 2018 Fall Deer & Turkey Hunting Regulations and Information booklet available where permits are sold, from MDC regional offices and nature centers, and online at https://bit.ly/2pamBwF. 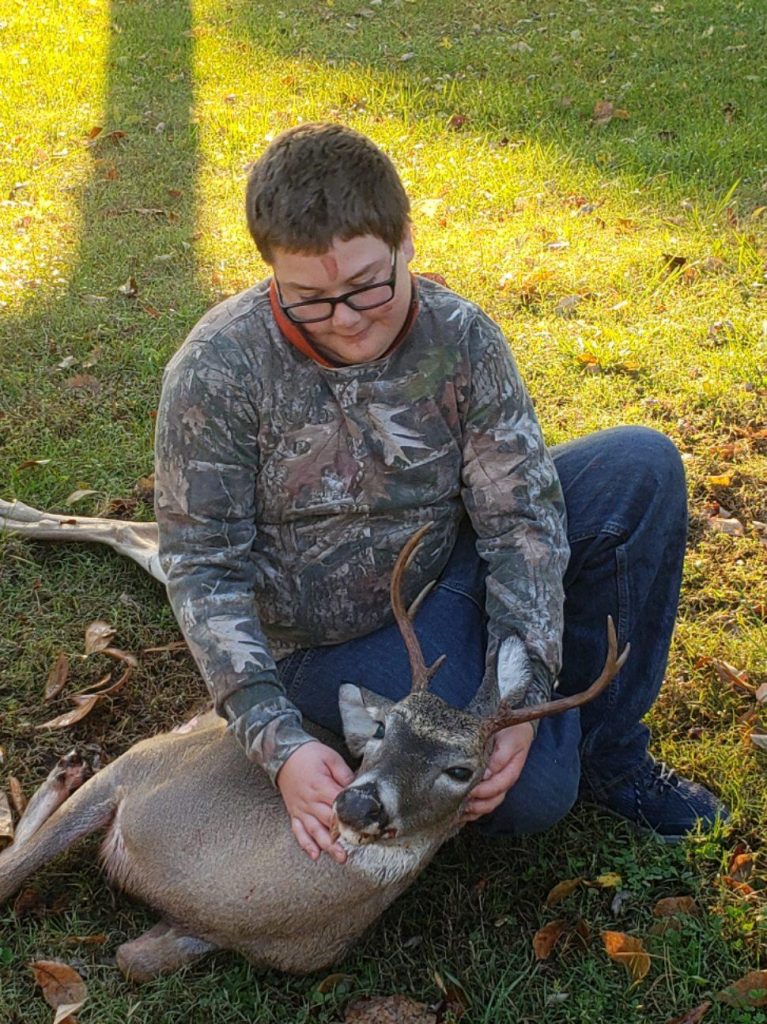 Keegan O’Dell, age 10, killed an 8-point buck Sunday morning while hunting with his father, Scott O’Dell, on grandfather Randy O’Dell’s farm in Douglas County. The deer was killed on the second day of youth hunting season. 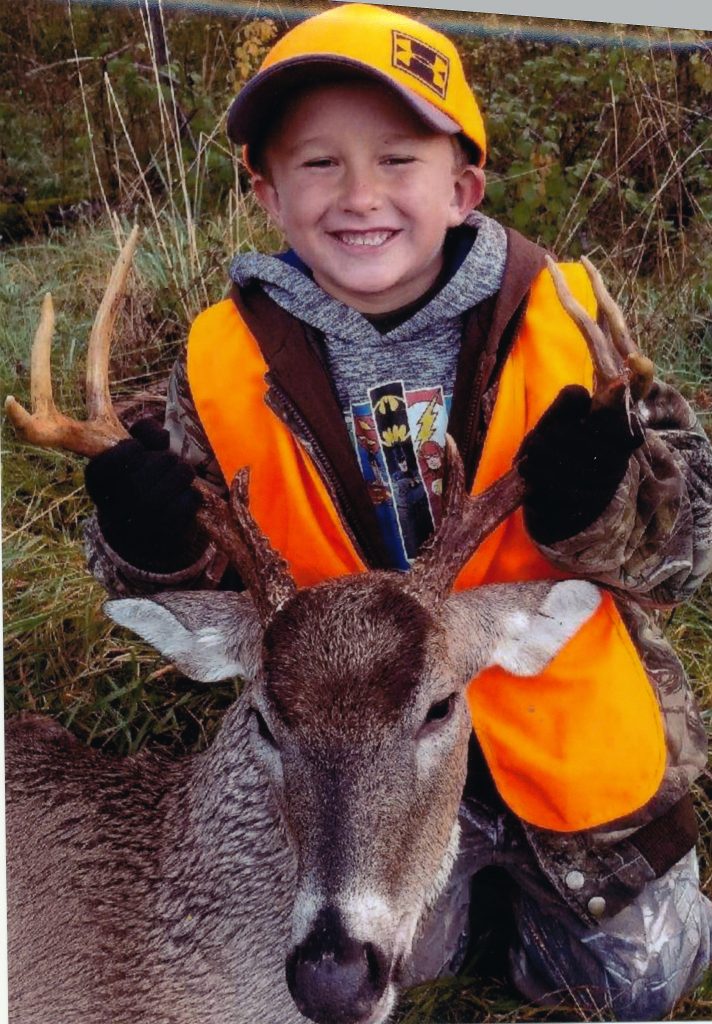 Bentley Evans, age 7, killed this 8-point buck while hunting with his Dad, Travis, on opening morning of youth season. 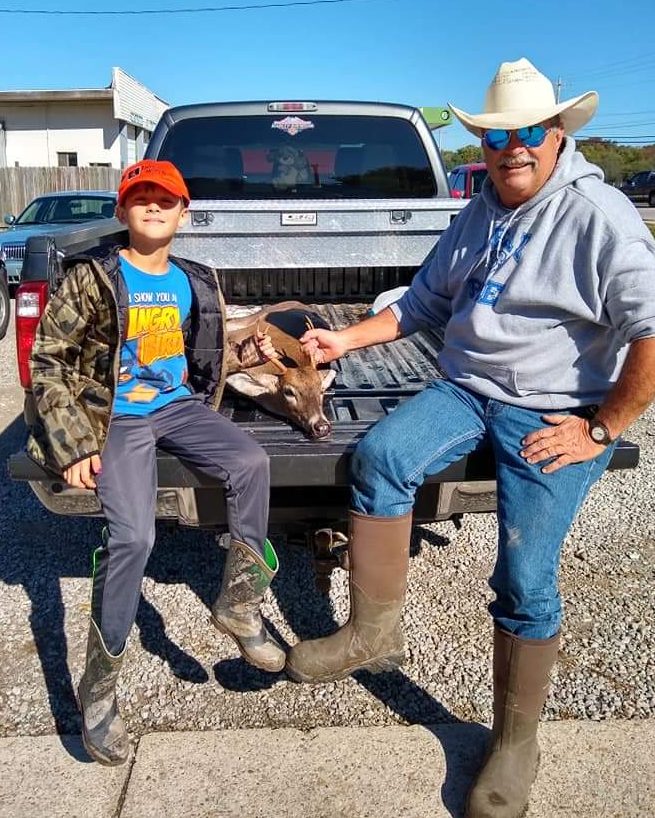 AJ Barfield, left, is shown above with his first deer. AJ was hunting with his PaPa Bob Nagel, right, on a farm in western Douglas County.