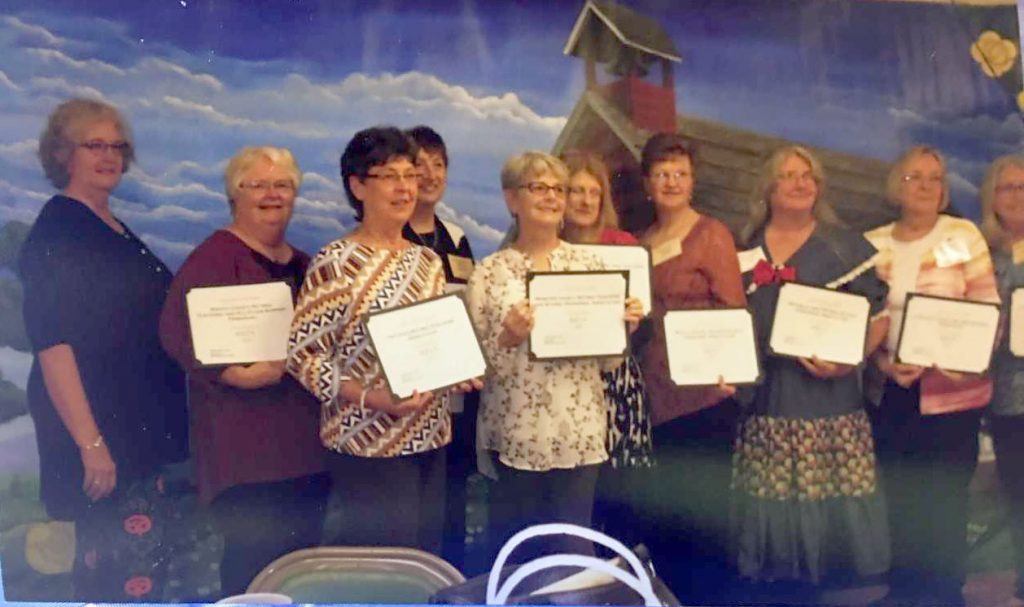 On Friday, October 19, 2018, the Missouri Retired Teachers Association (MRTA) held their Region 10 Fall Conference Annual Meeting at the Christian Church in Cabool, MO. The theme for the conference was Field of Dreams.

Those recognized in Remembrance from Wright County, were Angilee Neher and Geneva Coats.

Eight grant winners were announced.   Those eight teachers will receive $500, grants from the MRTF Board for materials for their classrooms.