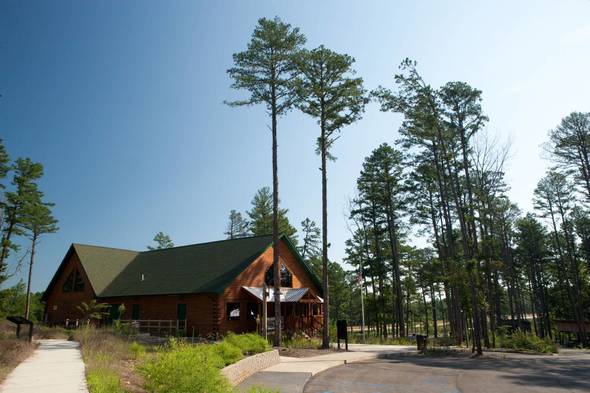 MDC will host a dedication ceremony at Twin Pines Conservation Education Center Wednesday, Nov. 7, at 2 p.m., to rename the education building on the area in honor of former MDC Director Jerry Presley.

WINONA, MO. – The Missouri Department of Conservation (MDC) will host a dedication ceremony at Twin Pines Conservation Education Center Wednesday, Nov. 7, at 2 p.m., to rename the education building on the area in honor of former MDC Director Jerry Presley.

“Shannon County is where it all began for Jerry and it is very fitting that we name the education building in his honor,” said MDC Director Sara Parker Pauley. “It will be a place that continues to educate and inspire the next generation about the Ozarks logging history and the importance of our oak forests.”

The first long-range strategic planning for MDC was carried out during Presley’s administration, with an emphasis on development and management of 260,000 acres of land acquired under the Design for Conservation. Construction projects included nature centers in St. Louis, Springfield, and Jefferson City, and offices in Cape Girardeau, St. Louis, Springfield, St. Joseph, and Camdenton. Shooting ranges were built at Forest 44 and Bois D’Arc wildlife areas. Area plans were created for all major MDC lands, which became known as conservation areas. Working partnerships were developed with public, private, and volunteer groups.

“So many great programs and partnerships began under Jerry’s leadership and we are fortunate to be able to carry the torch – building on the success he set in motion,” Pauley said.

Twin Pines opened in January of 2008 and serves school groups, youth organizations and the public by highlighting the unique natural features of the Ozarks.  The site takes the Ozarks logging history and importance of forests and puts it center stage to impress the vital link we all have with forests, past, present and future. Twin Pines is located east of Winona along Highway 60. Find more information about Twin Pines at www.mdc.mo.gov/twinpines.