Deputy Jonathan Harley is shown above with Yadi, as they participate in a training exercise and repel down a four-story structure. 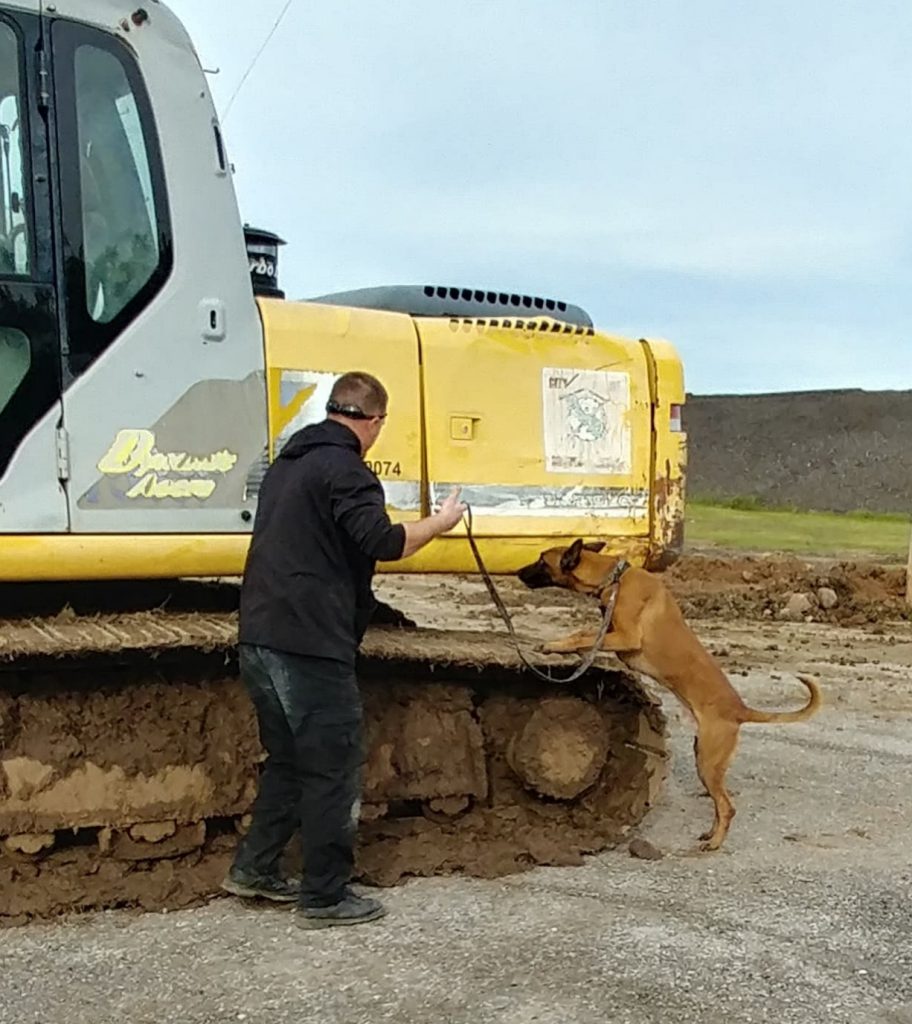 The training is facilitated by the North American Police Work Dog Association (NAPWDA) along with Broken Arrow Police Department.  The yearly training welcomes K9 teams from across the United States, and this year, participating teams were from Oklahoma, Arkansas Forestry Department, as well as Homeland Security.  Douglas County was the smallest department to participate in the certification process.

By the conclusion of the second day of training, Douglas County had two certified narcotic teams.  With certification completed, both Douglas County teams were able to participate in higher levels of training, expanding their expertise and knowledge of procedures.

On Wednesday, the teams trained on reduced odor scenarios, which means the smell of drugs was reduced to a small piece of paper hidden on or in a vehicle.  In addition, both teams participated in bond building exercises which instill confidence and help the handler and canine become more confident and reliant on each other.

One of these exercises required the handler to repel down a four-story building, with the K9 leading the way.  In preparation, the handler secured the drug dog in a harness and rope riggings, suspending the dog just below his position.  The canine traveled with the handler, but safely underneath.   According to the Douglas County deputies, this test was difficult for the dogs, as several were unable to complete the task due to anxiety.  Some needed muzzling to ensure safety of the handler as well as others assisting with the exercise.

Douglas County’s Yadi, however, was the one K9 that was able to complete the entire exercise without a muzzle.

On the last full day of training, K9 teams were exposed to in-depth training on large loads, an exercise challenge the Douglas County teams had not experienced.  For the test, NAPWDA trainers hid  huge bundles of methamphetamines, cocaine and black tar heroin in different locations on semi-tractor trailers and trucks, and K9 teams were to locate the drugs. During the exercise, strategies and procedures were presented, along  with instructions on how to search large commercial vehicles.

Corporal Wallace and K9 Kain, and Deputy Harley with K9 Yadi, felt the knowledge gained through the training is beneficial and they look forward to applying the techniques. Both deputies were also pleased with the high level of training and networking connections facilitated during the Broken Arrow sessions