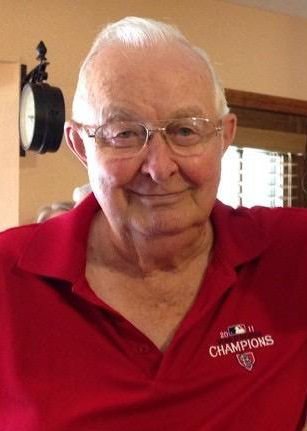 Jack Singleton, age 85 of Ozark, Missouri passed away Friday, October 12, 2018 in his home from cancer. Jack was born October 18, 1932 in Douglas County, Missouri, the son of Ray and Ivy Singleton. On December 24, 1950, Jack was united in marriage to Betty Gott and they celebrated 66 years of marriage before her death on May 1, 2017. Jack was a dedicated employee of  Kraft Foods and retired after 38 years of service. After retirement, he worked at Walmart, Lighthouse Lanes and Century Lanes Bowling. Jack was a skilled bowler and recently bowled a 600 series, he also experienced a close relationship and made lasting friendships with his bowling family. Jack was a fan of sports and coached little league baseball for eleven years, ten of those years they took first place. Jack also enjoyed attending and was a faithful member of Sparta Church of Christ and loved his church family.

Jack was preceded in death by his parents and his beloved wife, Betty.