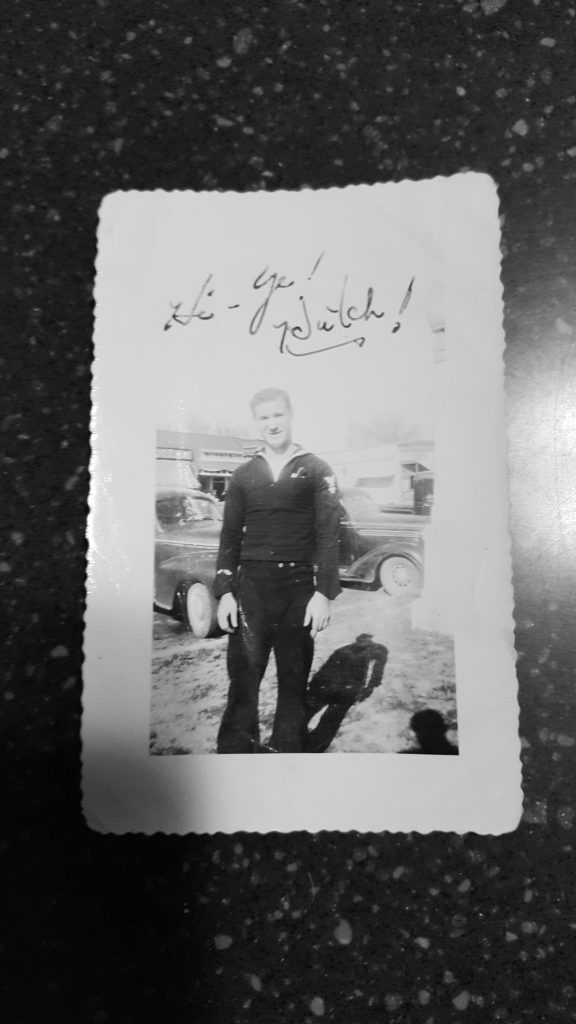 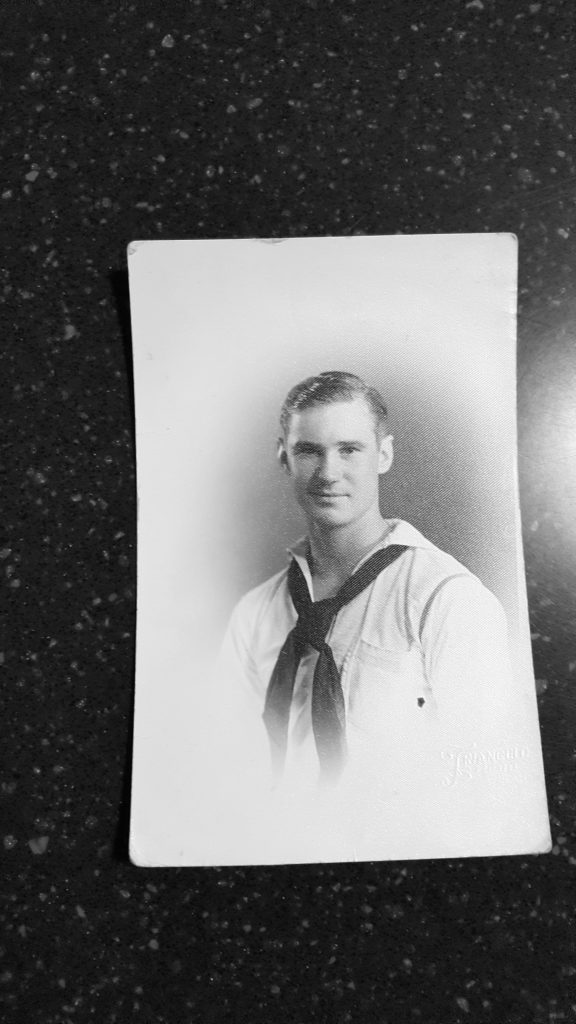 On Tuesday, Oct. 9, the military service and memory of Elza Evan Hutchison (LZ) was honored in a private dinner ceremony that was facilitated to acknowledge the Navy veteran from Ava, Mo.  According to family members, LZ’s naval career is an interesting story, and one that includes daring escapes, and feats of survival. Hutchison was also missing in action for 18 months during World War II.

The dinner held on Tuesday was a salute to LZ for his service during the war where he primarily served on submarines.  LZ’s stories of service, which he recorded in five Red chief notebooks, are now on display at College of the Ozarks.

For the occasion, LZ’s son, Brad Hutchison, is also donating a flag his dad brought back from the war which has been mounted for display.   The flag was retrieved from the USS Bittern.  The special display will also include LZ’s medals and other items that pertain to his service during World War II.

According to family members, Elza Evan Hutchison (LZ) was an Ava graduate in the Class of 1939, who entered the Navy after high school graduation. He volunteered for submarine duty, and according to his son, LZ began his military service in the Great Lakes, at boot camp.

After Pearl Harbor was bombed, LZ served on several ships – two of which were the USS Sealion and the USS Queenfish.  The Queenfish was under the command of Lt. Cdr. Charles Elliott Loughlin, USN, and LZ was part of the first crew who served on the new sub when it was launched in November 1943.  The submarine patrolled the Pacific Ocean and saw action.

In his notes, LZ describes the fall of Manila, in the Philippines, and how he escaped capture moving from ship to ship.  During his naval career, he completed two tours of duty in naval service.

When LZ resigned from the Navy in June 1945, he returned home to Ava and married Alma Keeter, daughter of Mr. and Mrs. Vester Keeter.    The Keeter Center for Character Education was endowed by a gift from the James P. Keeter family of Atlanta, Georgia, in memory of Mr. Keeter’s parents, Vester and Ruby Keeter of Bradleyville, Missouri.

According to a family member, LZ’s nephew, Billy Joe Evans, remembers when LZ came home. Billy Joe was 10 years old at the time.

Growing up in Ava, LZ was a brother to Erma Evans, and Willard and Harold Hutchison.

LZ’s son Brad refers to his father as an unrecognized hero, but he also admits that many of his accomplishments were strictly acts of survival.

Elza Evan Hutchison (LZ) died in 1973, and it seems fitting that he was honored Tuesday evening by his family and the College of the Ozarks, for service to his country.  A recognition that is perhaps quite overdue.