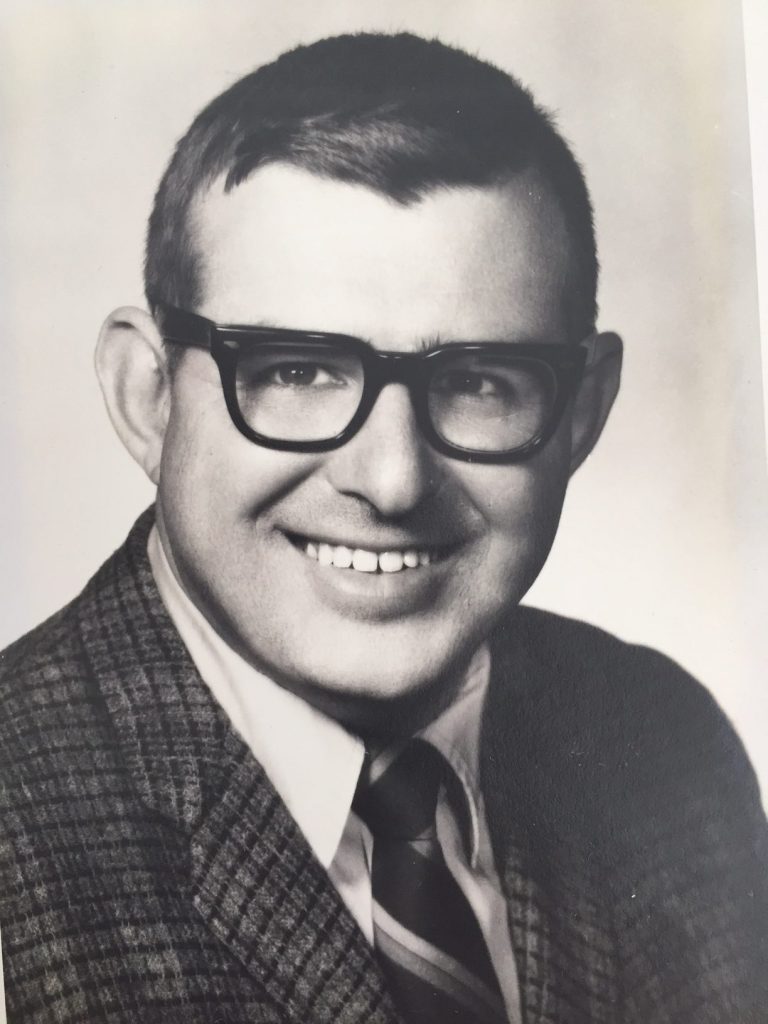 Dr. Dwight D. Roper passed away at the age of 81 on October 3rd, 2018 in San Carlos, California. Dwight was raised in Ava, Missouri by his beloved parents Richard and Eileen Roper.  As a student in Ava he enjoyed high school football, drama, the band, and academics. Following graduation he enlisted in the Army and was stationed with a military band in Berlin, Germany. Dwight then earned his undergraduate degree from the College of the Ozarks in Clarksville, Arkansas.

After college, Dwight joined the Peace Corps and was sent to live on a small island in the Philippines for two years where he taught elementary school. He had fond memories of his time there for the rest of his life. He then returned to the U.S. and earned a Masters degree in Medieval History at the University of Tulsa before starting work for the federal government with the Volunteers in Service to America and other programs. He was stationed in many places around the country, and was primarily based in Kansas City and Washington, D.C.. On an assignment in San Antonio he met his future wife, Susan Stavert Roper, who he considered the great blessing of his life.

The couple settled in the San Francisco Bay Area where Dwight worked as an administrator at California State University Hayward. They then relocated for work to Los Angeles and then Vancouver, Canada where they had their son, Richard Stavert Roper. The Ropers later returned to California where Dwight completed his Ph.D at Stanford University. The family then lived in Ashland, Oregon for ten years before settling for many years in Cayucos, on the California central coast, a place that Dwight loved very much.

An avid reader, Dwight possessed a keen intellect and was known for his unique insights and interesting conversation. He had an exceptional knowledge of history, literature, and theology. He enjoyed writing and had several articles published in academic journals and magazines. Dwight delighted in music: from bluegrass and gospel to classical, and played several instruments as well as sang in a church choir. He also enjoyed chess and weight lifting. Dwight had a strong conviction of character and a compass that pointed him always in the direction of what was important in life. He was a loving and supportive son, husband, and father and will be greatly missed.

Dwight is predeceased by his wife, Susan Stavert Roper, and his brother, Vance Roper. He is survived by his son and daughter in-law, Richard and Elizabeth Roper of Santa Cruz, CA, his sister in-laws, Marjorie Roper of Springfield, MO, and Nancy Lindsay of Rancho Murieta, CA, and his nephews Glen Roper of Gulf Shores, AL, and Jeff Gebhart of Burlingame, CA.  Donations in his memory can be made to the Estero Bay United Methodist Church in Morro Bay, California.