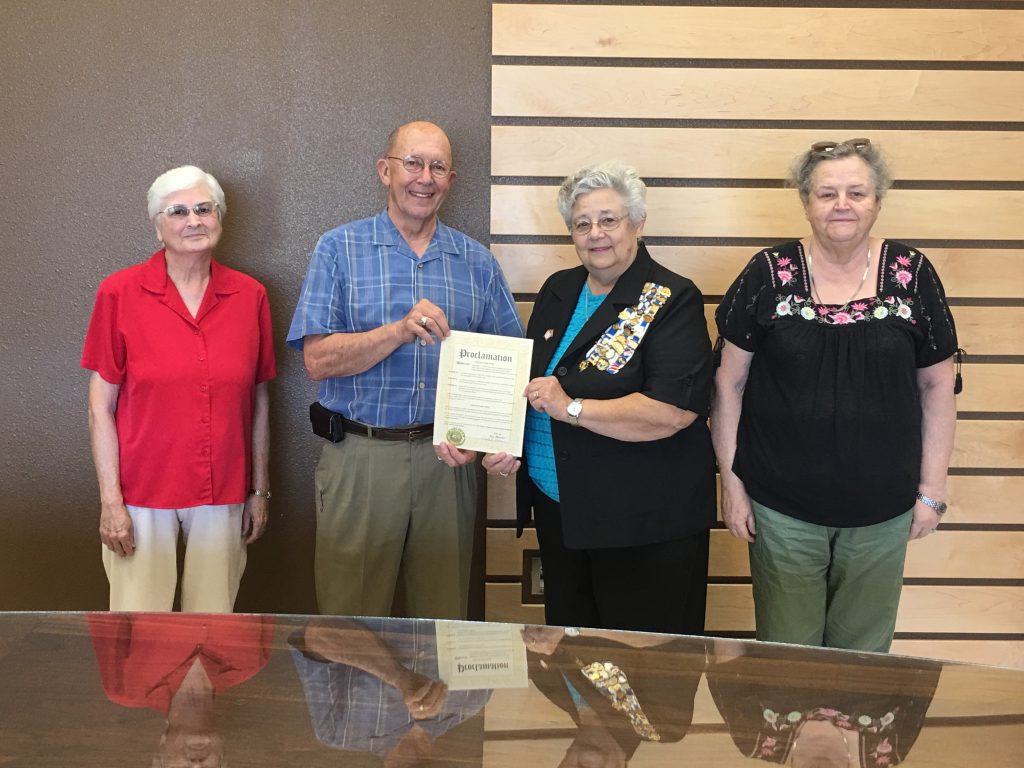 Monday, Sept. 17 marked the 230th anniversary of the drafting of the Constitution of the United States of America by the Constitutional Convention, and the occasion was recognized this week at the City of Ava when a proclamation was presented to the Carl Neiman Chapter, National Society of the Daughters of the American Revolution.  Members of the local chapter are shown above accepting the proclamation from Mayor David Norman.  They are, from left, Marilyn Alms, Norman, Nina Carter, and Janet Ariciu.  The proclamation designates September 17 through September 23 as Constitution Week.