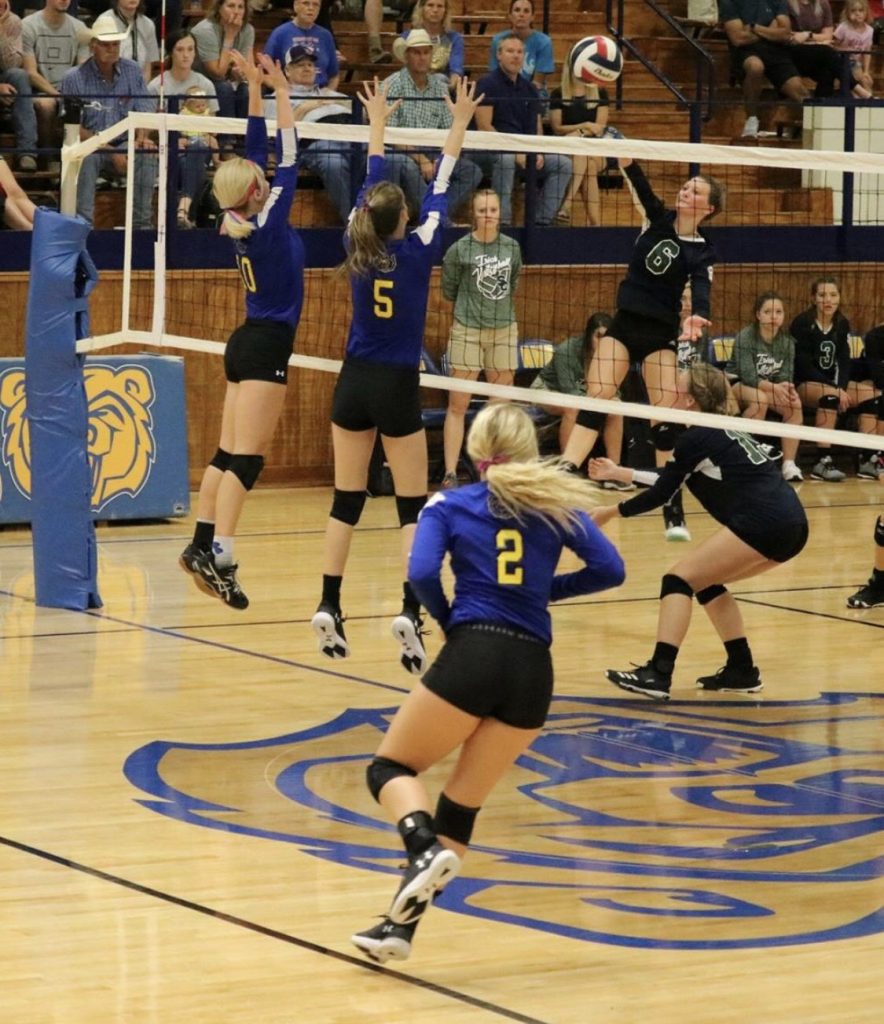 Ava faces off against the Lady Irish from Springfield Catholic. Ava would go on to defeat the Irish in the second game of year.

The Ava Lady Bears volleyball team started the 2018 season with a new head coach and assistant coach.  Emily Petty began her first year as head volleyball coach for the Lady Bears and Shelby Tracy took over as assistant coach.  Both coaches are very excited about this year’s season, and are eager to work on building the volleyball program at Ava High School.

The varsity Lady Bears began their season with two wins at home, the first against Sparta and the second, against Springfield Catholic. Week 2 was a little tougher for the Bears, as they lost to Hollister and a very good Marshfield Lady Jays team.

The Bears went into the Forsyth Tournament with a 2-2 record.  The first game of the tournament, the ladies beat Sparta and then lost to Forsyth, before winning their last game of pool play, to Conway. With the 2 wins in pool play, the Bears moved on to Bracket play, and lost to the first seed, Parkview Vikings. The girls did give Parkview a run for their money, coming from behind in the second set, losing only by a score of 22-25. The last game of the day, Ava faced Forsyth, for the third place trophy.  After losing the first set, the Bears won the second set 25-21 and moved on to the tie breaking third game.  In a nail biter, the girls played an outstanding game, coming from behind, but eventually losing in a heartbreaker, 23-25.  Coach Petty stated that the girls are continuing to work hard and put forth great effort, to better themselves and the team. Petty went on to say, “I’m proud of their commitment to continue to grow as a team, and look forward to our upcoming games.”

Coach Petty and Coach Tracy would like to encourage everyone to come out and support Ava Lady Bears volleyball. The next home game is this Thursday night (9/13), as they again take on a tough Forsyth team.  The JV game begins at 6:00 and the Varsity will play immediately following.