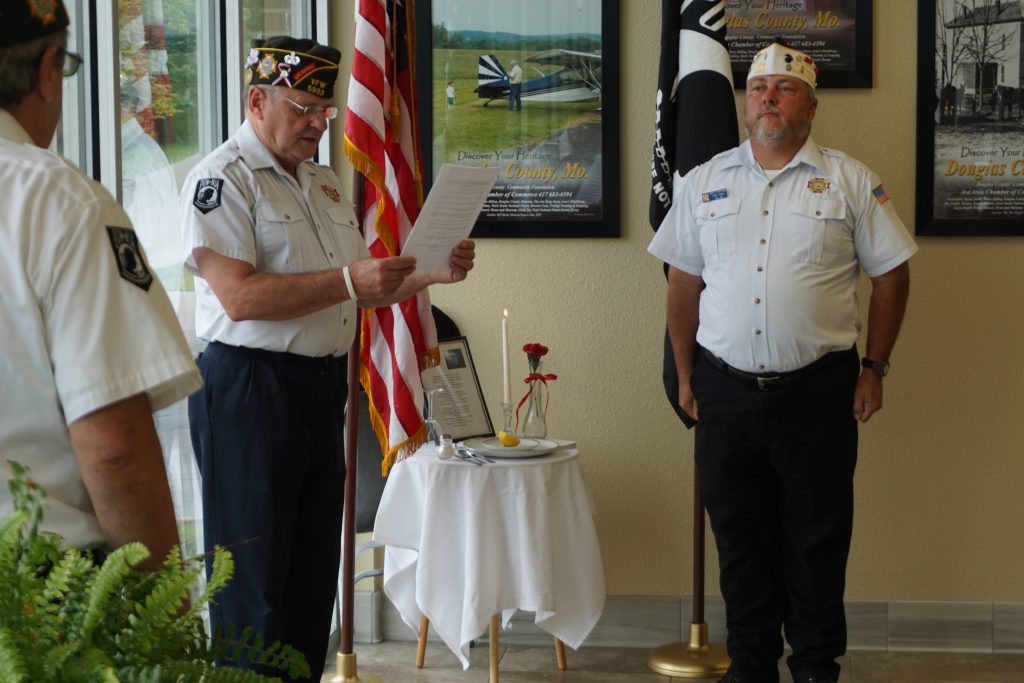 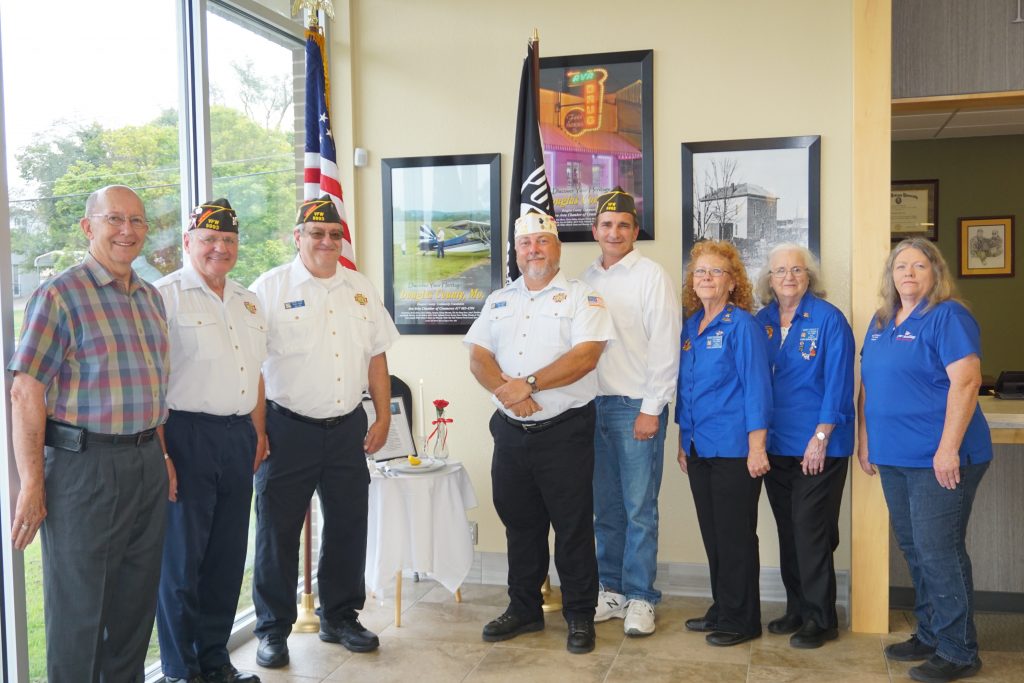 Members of the VFW Russell T. Scott Post 5993 along with the Ladies Auxiliary were host to a Table Ceremony at Ava City Hall Thursday, Sept. 6.  The Table Ceremony is a symbolic observance honoring the military service of prisoners of war and those missing in action.  The ceremony recognizes their sacrifice by acknowledging they are not present and deeply missed.  The ceremony was facilitated by Post Commander Scott Huffman, below right, and Tommy Roberts, adjutant, below left.