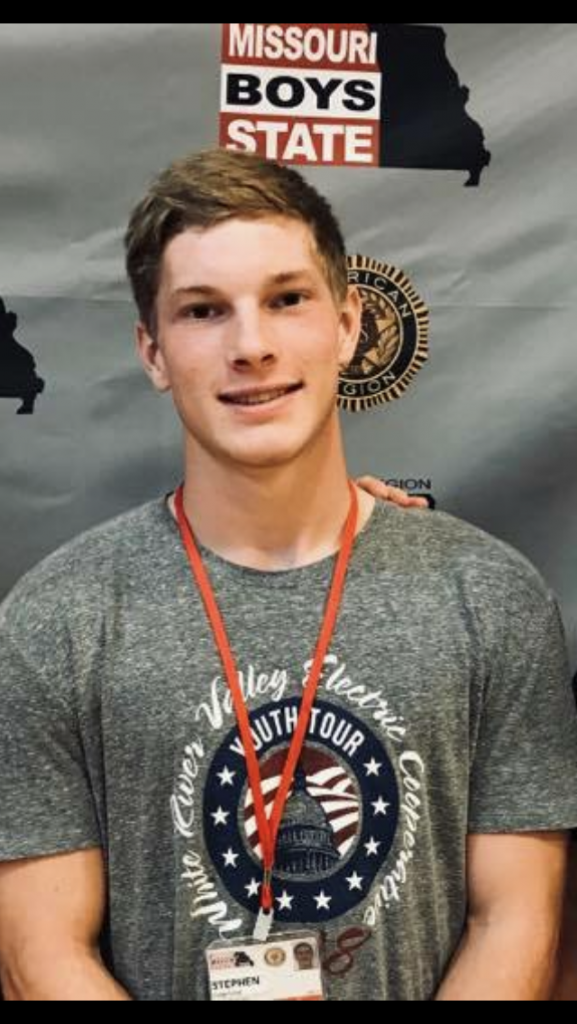 WARRENSBURG –– Stephen Scott Copeland participated in the American Legion Boys State of Missouri June 16-23 on the campus of the University of Central Missouri in Warrensburg.  Copeland was selected based on his leadership, citizenship, academics, and character during his junior year at Ava High School.

Boys State is a pure democracy in that all citizens may vote and are eligible to hold office. The program is designed to educate and train Missouri’s young leaders in functional citizenship, leadership and government.  Nearly 1,000 student leaders build an entire state government in a single week.

Copeland, the son of Scott and Annette Copeland, was sponsored by American Legion Post 112, in Ava.  Sponsors afford the opportunity for students to participate in this nationally recognized program and are critical to its continued success.

The Boys State staff is comprised of educational, legal, professional, and civic leaders who volunteer their time each year. Missouri Boys State is a 501(c)(3) organization and is a Missouri American Legion program.

Students who are juniors during the 2018-19 academic year and are interested in participating should contact their high school counselor and visit the Missouri Boys State website at moboysstate.org.  The 2019 session will be held June 15-22.  Informational presentations by a Boys State staff member are available to schools and organizations by contacting Bettie Rusher at the Missouri Boys State Headquarters, (877) 342-5627 or email [email protected]