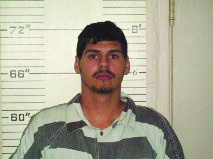 Nathan Jensen, 33 now, 26 at the time of the offense and his co-defendant Christopher Jorgensen, 36 now, 29 at the time of the offense, Ava, were charged with killing Kenny Stout, 17, of Republic, formerly of Ava, on December 13, 2011.  They were both charged with 1st Degree Murder, Armed Criminal Action and Abandonment of a Corpse.  Jorgensen pled guilty to 2nd Degree Murder and Armed Criminal Action and agreed to testify against Jensen.

Jensen’s case was tried October 28, 2013 through November 1, 2013 by former prosecutor Roger Wall.  Jensen was convicted of 2nd Degree Murder, Armed Criminal Action and Abandonment of a Corpse.  On July 11, 2017, the Missouri Supreme Court reversed Jensen’s convictions for 2nd Degree Murder and Armed Criminal Action and ordered that he receive a new trial. His conviction for Abandonment of a Corpse was affirmed.

The new trial was scheduled for October 1-5, 2018, in Waynesville, Pulaski County.

“In July I made a plea offer to the defendant and explained to his attorney that it would either be accepted August 15 or it would be withdrawn and we would go to trial,” says Christopher Wade, Douglas County Prosecuting Attorney.  “It was the same plea offer made by Mr. Wall five years ago and by myself in January to his former attorney.  He had never accepted the offer so I was confident he would want a trial.  When I arrived at court to argue some motions that were pending, Jensen’s attorney informed me that he had changed his mind and wanted to plead guilty.  Once all of the necessary paperwork was completed, a guilty plea hearing was conducted. Jensen was questioned extensively by Judge Beger who accepted his guilty plea.”

Jensen pled guilty to 2nd Degree Murder and Armed Criminal Action which is exactly what he was found guilty of at his first trial in 2013.

The case started December 13, 2011, around 5:00 p.m.  Jorgensen and Jensen met Kenny Stout at the old Casey’s gas station in Ava.  They drove him to an abandoned wooded lot on County Road 511 about a mile past the golf course.  Once there, the two attacked Stout with fists, feet and aluminum baseball bats.  They then dragged him up to a dozer deck and left him.  They return later that night and stabbed him several times resulting in Stout’s death.

The next day, Jensen went to Mansfield and hid at a friend’s house. Later that night, Jorgensen took Jensen to a friend’s farm in Elkland, Missouri to hide out.  At the friend’s farm, Jorgensen tried to kill Jensen with a .25 caliber pistol by secretly putting it to Jensen’s head and pulling the trigger.  However, the gun misfired twice and Jensen ran into the country side. He went to a stranger’s house and the cops were called.  Jensen told them about the attempt on his life by Jorgensen.

Jorgensen and his friend tried to find Jensen and finish the job but it was dark and raining and they never found him.  The took Jensen’s car to Houston and left it at McDonald’s.  They then took Jensen’s wallet and computer and threw them in Austin Lake north of Mtn. Grove.

Jensen was interviewed by the Texas County Sheriffs Department and by Division of Drug and Crime Control with the Highway Patrol.  They realized that Jensen had information on Kenny Stout who was still missing so they contacted Douglas County Sheriff Chris Degase who went and joined the investigation in Texas County. Jensen led Degase to Stout’s body.

Jorgensen was arrested on December 15, 2011, and Jensen shortly thereafter. Jensen refused to plead guilty to any crime claiming that the 6’10”, 280-pound Jorgensen forced him to participate in the crime and then tried to kill him in Texas County to eliminate the only witness.

Divers with the Missouri State Highway Patrol found the two bats and the knife used on Stout in a pond at the friend’s house in Texas County.  There was also a small backhoe that was going to be used to dig a hole to bury Jensen in if the .25 pistol had not misfired.

Prosecutor Wade: “I was not the prosecutor for any of this case until the Supreme Court reversed the conviction. I had heard about it but did not know any of the details  After reviewing the police reports and photographs, I realized how violent this crime was and the amount of harm inflicted on Kenny Stout. It was going to be a hard case after so many years but my office was preparing for trial. I was stunned that Jensen pled guilty knowing his history of refusing any plea offers. He had said he would only plead to involuntary manslaughter and I refused to do that so I went to court fully expecting to argue motions.  Instead, he surprised everybody. The family is happy with the results and I am happy that they do not have to relive their son’s murder through a weeklong trial for a second time. I only regret that he did not accept this plea in 2013 so he could have testified against Christopher Jorgensen who deserved 1st Degree Murder.”

At the original trial the State called 19 witnesses and had four witness stipulations. Two witnesses died pending trial including the doctor who performed the autopsy. The State introduced 49 exhibits. The defense called one witness and the defendant chose not to testify.

A sentencing hearing is scheduled for November 5, 2018, at 1:00 p.m. in front of 25th Judicial Circuit Judge John Beger in Waynesville. It is open to the public if any of Kenny Stout’s family or friends wish to attend.