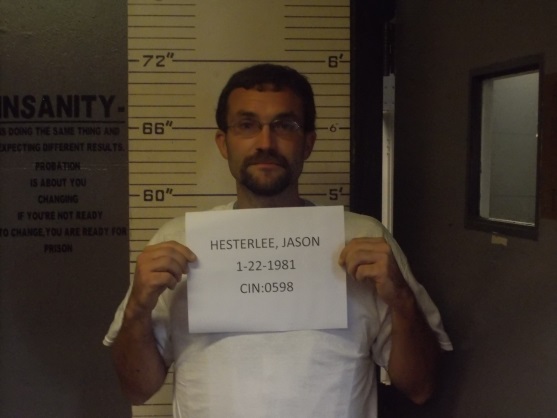 On August 15, 2018, Sheriff Degase and Deputy Verheecke answered a call off of County Road 536, in regards to a drunk individual firing off rounds.  Upon arriving at the residence, they took into custody Tim Rehard, age 35, of Ava.  Rehard has been charged with felon in possession of a firearm and, due to him being on Probation, has already been sent back to the Department of Corrections.

On August 17, 2018, Corporal Wallace made a traffic stop east of Jefferson Street.  During the traffic stop, Jason Hesterlee age 37, of Ava, fled on foot resulting in a foot pursuit with Corporal Wallace, Deputy Harley and Deputy Verheecke.  The pursuit ended in the subject being apprehended with the use of a taser.  Hesterlee was arrested and placed under arrest through a probation warrant and awaits formal charges for resisting arrest and possession of methamphetamine through the Douglas County Sheriff’s Office.  The driver, Billy Hesterlee age 44, of Ava, was arrested for driving while suspended and was booked and released from the Douglas County Jail.