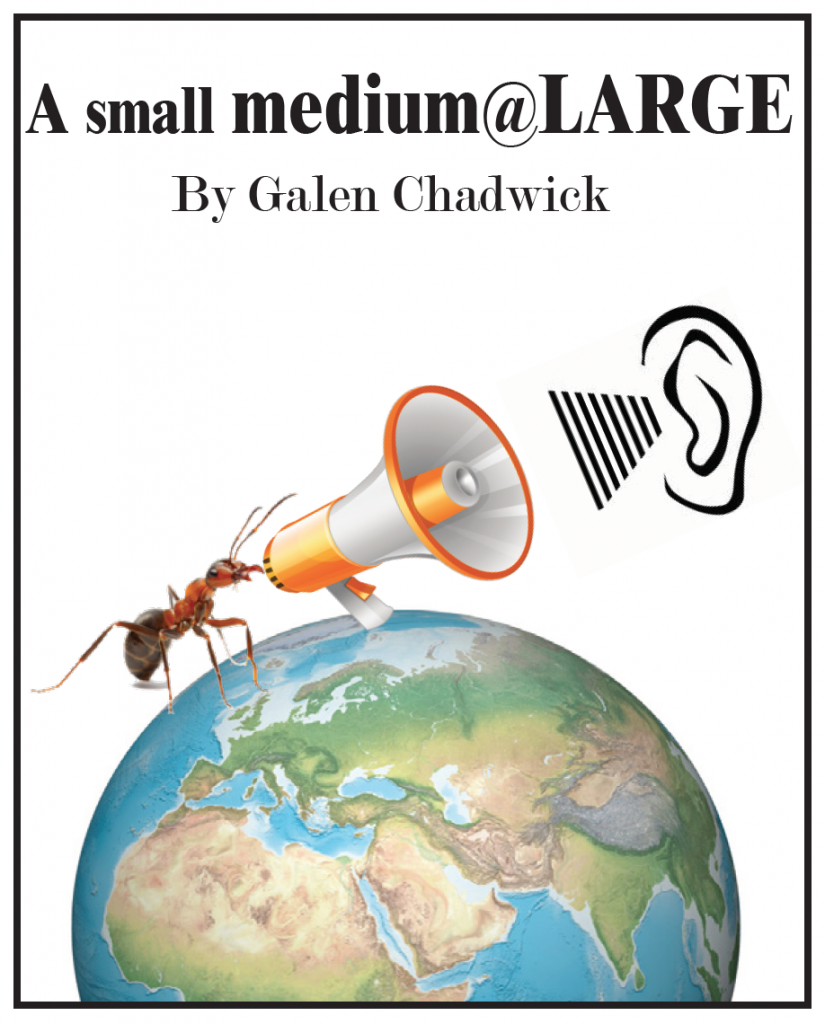 The law in interesting times- Part 2

The last edition began with the general theory that the law is best viewed as a social tool that promotes economic efficiency, but if this is so, it leaves us stuck with two irreconcilable conceptions of the value of nature.

On one hand, there is a personal (private) belief that Creation is divine, and our spiritual duty is to protect this garden planet for its own sake.  On the other, the natural world is viewed a storehouse of economically fungible resources to be extracted for human (communal) benefit.  The law arbitrates this conflict and makes its decisions based upon the economic importance of what is at stake. Maybe this is so, but of what concern to everyday people is a conflict in law?

Reasons are many, but given the existential threats of our times, our personal goals should build upon being solidly prepared for the unthinkable.  When sudden transition or collapse comes there will be no time to allow for the population to gradually adjust.  The need to act in concert to prepare ourselves has become obvious to those paying attention.

Consider how we pay for catastrophic insurance coverage for our home, auto, and health even though chances are statistically low that it will be needed.  But during hurricane Katrina the thin rope of Federal capabilities, as played out on the nightly news, was evident for all to see.  Since a culture of preparedness no longer exists in America what will happen to us when the entire nation is attacked?  The normalcy of our lives will come to the proverbial “bug-on-windshield” end.

Here’s the thing.  The 20 Year Plan for watershed economic restoration and self- management is good insurance.  We need it.  Wall Street’s speculative greed has created a new aristocracy of entrenched money (see TIME, May 28, “How My Generation Broke America”).  As the pendulum swings from government to CEO’s to banks they’ve increasingly becoming corrupt appendages of each other.

It will take the law’s ability to help straddle two irreconcilable conceptions of the value of nature for the Ozarks to achieve economic self-reliance.  “But laws and institutions must go hand and with the progress of the human mind.  As that becomes more developed, more enlightened, as new discoveries are made . . . institutions must advance also to keep pace with the times.” (Jefferson).

The FRC seeks to advance the general and common economic structures needed for restoring sustainable rural economies through the establishment of watershed Charitable Foundations and is exploring types of Triple Bottom Line accounting that could come with it.  The aim of linking economy to ecology (from the same root meaning) is to achieve a closer societal approximation to Natural Law than we have now.  The result, I believe, will advance the Framer’s original intent.

What is meant by the “theory of Natural law?”  The term natural law is derived from the belief that human morality comes from nature.  Everything in nature has a purpose including humans (John Locke), and law derives from inherent rights, conferred not by an act of legislation, but by God, nature and reason.  In short, any law that is good is moral, and any moral law is good.  Legal Positivism is a legal theory that is the opposite of Natural Law theory (H.L.A. Hart).

The latter views man-made law as it is set (posited) by man for man rather than as it ought to be.  It implies that legal rules are valid not because they are rooted in moral or natural law, but because they are enacted by legitimate authority and are accepted by the society as such.  Positive Law is a law dictated from above in this fashion. “I was just following orders” is an appeal to this kind of authority.

So what is a triple bottom line?  The triple bottom line (3BL) is an accounting framework with three parts: social, environmental (or ecological), and financial.  A shorthand reference is sometimes called: “People, Planet, Profits.”  But here, significance distinctions need to be made in definitions and orientations.

The term was coined by John Elkington in 1997 and suggests that we must treat economic, social and environmental issues together (often treated as equal thirds).  It is balancing act, a state of thinking, not an outcome.  It is a plastic model- communal issues and solutions that arise in a 3BL society may cross over and move between each part- expecting things to be set in one form everywhere and forever is simply wrong.

In other words, the challenge is to revive our watershed communities by providing a flexible, intelligent and responsive conceptual framework that involves 3BL elements, but is not thwarted by an impulse to nail down every relationship between the parts in time and space (a positivist reflex).

People tend to favor things which suit their personal views and agenda best.  The introduction of a sustainable, 3BL watershed-bounded economy will strongly influence how people will interact, and much thought has been given to human constructs that are universally accepted.  Common ground is our greatest asset; it will determine the shape, direction and success of our future community.

For example, how folks living in the Bryant watershed would prioritize an issue like water quality will depend upon how much they rely on it (social), how scarce it is (environmental), and how expensive it is to obtain it if the grid fails (economic).  Depending on where you live and your wealth, one or another of the parts of the 3BL is more important today; tomorrow’s priorities may change.

So, what’s an example of a human construct that is universally accepted?  In the May 3rd edition of the Douglas County Herald, I wrote that “all creatures great and small exist in a trifold relationship to the cosmos.  No exceptions!  First, each individual has a direct and sustained connection to its Source/Creator.  In humans, this connection exists within us as our spirit, conscience and faith.  Second, each of us is intimately bound in relationship to our own kind, to our family history and community.  Third, all beings exist within a relationship to each other in the grand web of life, and to Natural Law.”

Philosopher Rudolph Steiner extended this observation about relationships into a sociological theory he called the Threefold Social Order.  This approach to the social organism of humanity suggests the progressive independence of society’s economic, political and cultural institutions.  It aims to foster human rights and equality in political life, freedom in cultural life, and associative cooperation in economic life.

Steiner believed that the three social spheres had very gradually, over thousands of years, been growing independent of each other and would naturally continue to do so.  Consciously furthering certain aspects of this independence, he said, would work in accordance with society’s natural selection.

He held it to be socially destructive when one of the three spheres attempts to dominate the others.  For example, theocracy means a cultural impulse dominates economy and politics; unregulated and socially irresponsible varieties of capitalism allow economic interests to dominate politics, culture and media; and state socialism means political agendas dominate culture and economic life.

For Steiner, the goal of the law is for independence to arise in such a way that those three realms provide mutual balance.  He related the French Revolution’s slogan, Liberty, Equality, Fraternity, to the three social spheres as follows:  Liberty in cultural life (religion and the press, education, science, arts); Equality of Rights, i.e., democracy in political life; and Cooperation in a, freely contractual economic life outside the state (decentralized) and operating within the legal and regulatory boundaries, including labor laws, as set by the democratic state.

Economic “cooperation” for Steiner did not mean state socialism, but cooperative types of capitalism, such as are sometimes referred to today as “stakeholder capitalism.”  He thought that conventional shareholder capitalism, and state socialism, though in different ways, tend to subvert the State and human rights into the economic process and thereby transform laws into mere commodities.  His scaffold adapts well to modern ecological and Natural law concepts.

We have never needed Federalism more than we do now.  Recognition of this need frames the larger conceptual context of the FRC 20 Year Plan and its work to return the locus of power back to the community level.  Our single bottom line system has organized financial values over life values while seeking limitless growth through techno- innovation.  We are left in free-fall with a $20 Trillion National Debt and a federal regulatory system that costs the national economy $2 Trillion/yr.  Let us accept that a process of transformation is necessary for our survival.  Next week: three types of money and a threefold philosophy of health.