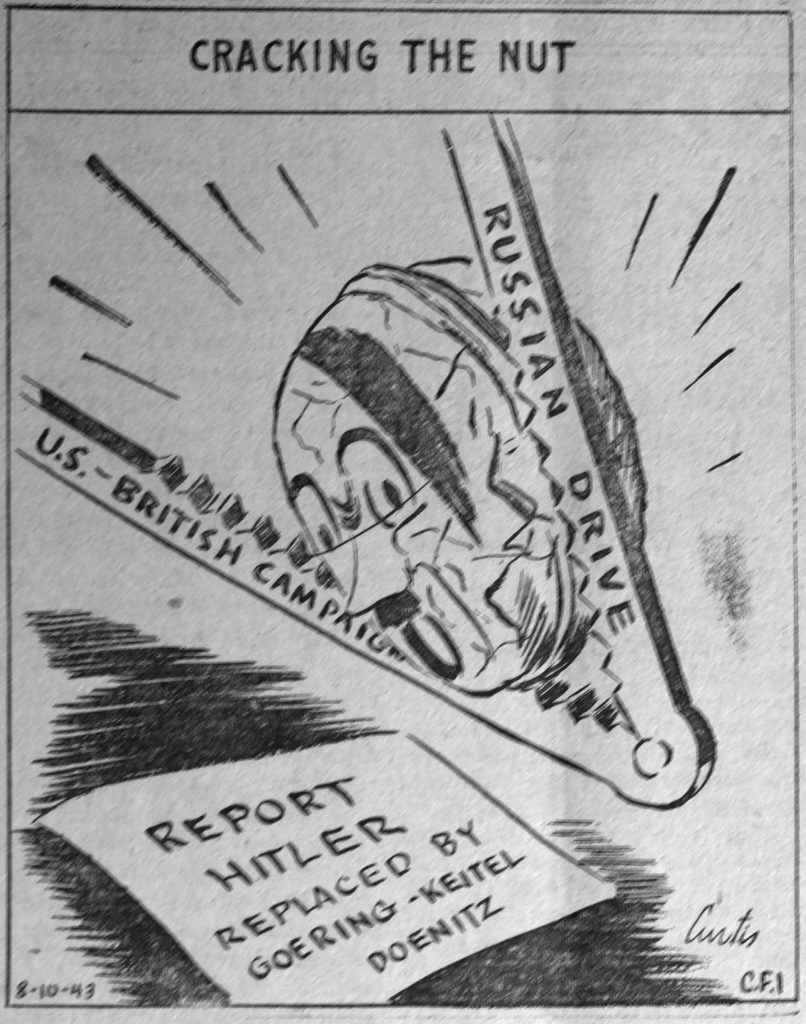 Sunday, August 1, Tommy and Cloah Hampton celebrated their 66th wedding anniversary at their home with a large cake and lunch brought by their children and friends.

August’s Friday the 13th edition of Friday Night Music on the Square proved to be a lucky and successful evening.  A huge crowd gathered in the 90 degree-plus heat to hear their favorite Friday Night Music Band from the Oldfield Opry House.

The United States Team Roping Championships, Iowa State Finals, were held Aug 13-15 at Southhedge Indoor Arena in Centerville, Iowa.  Some 1556 teams gathered to compete for a trailer, Gist buckles, trophy saddles, rope bags and cash prizes.  The #7 roping was held Saturday morning, Aug 14, at 8 a.m. with 321 teams entered.  Kirby Fossett of Ava and Jim Huff of Amarillo, Texas, placed sixth in the average with a 2:00 on four head, and won $1212.16, qualifying them to rope at the USTRC Finals at Guthrie, Okla., on Nov. 5.  Kirby is the son of Sam and Teri Fossett, of Ava, and will be a sophomore at Norwood High School this fall.

Joe’s Pawn Shop, owned by Joe Bannister is now open on the north side of the Ava Square.

Along with the new roadway, plans are being made by the city to construct curb and gutters around the south, east and north sides of the square, and to urge property owners on these three sides to have new sidewalks constructed. Adding to the beauty of the recently completed sidewalk on the west side of the square is a new front being installed on the Gambles building.

Ed Hesterlee, who has been attending the summer session at the University of Missouri in Columbia, returned to Ava Friday and will spend the remainder of the summer vacationing with his parents, Mr. and Mrs. Everett Hesterlee, 513 SW 3rd Avenue.

Sp. 6 and Mrs. James King, their son, Jimmy and their daughter, Debora Lou, who had been guests in the home of Mr. King’s mother, Mrs. Reba King, left Ava Tuesday morning enroute to Fort Carson, Colo., where Specialist King will soon begin a three-year tour of duty with the U.S. Army.

Harold E. Reed, science instructor at Ava High School, is at the University of Arkansas where he is enrolled in a six-week summer Science Institute, sponsored by the Atomic Energy Commission and National Science Foundation.  The institute involves intensive classroom laboratory work in basic atomic and nuclear physics.

Chastain’s of Ava will celebrate their first anniversary with an open house on Saturday, August 10, 1968 from 1:00 to 4:00 p.m.   Guided tours and refreshments will be offered.

ARNO –– Doyne Chance has been suffering from a broken jaw bone which happened last Monday at the fair grounds doing carpentry work.

McCLURG –– Kenneth Adams, son of Mr. and Mrs. Virgil Adams, left Monday for San Diego, Calif., where he reported for duty in the Navy.

John Walter Olson, Route 3, Ava, has been named a university scholar at the University of Missouri – Rolla.

A man and a woman paid fines in police court here this week after being arrested on the square Tuesday afternoon in the presence of 200-300 curious spectators.  After the windstorm early Tuesday afternoon the square was full of people.  The square was crowded.  People on the corner of the Norman-Gentry drug store became interested, then amused, when a young woman “borrowed” a bicycle belonging to Buddy Norman, and rode it down the hill on the east side of the drug store. A man dressed in khaki shirt and pants assisted the young woman back up the hill with the bicycle.  The man in khaki must have taken offense at the crowd’s interest and a few minutes later attacked Everett Woods of Evans, with his fists.   Sheriff Don Souder arrived but the man had disappeared.  Souder drove off in his car and a few minutes later found his man on the corner of the A.L. Hartley grocery.  The crowd hurried to that corner to witness the arrest, and part of the crowd followed on to the jail to see the man incarcerated. Trooper Earl Barkley of the highway patrol arrived in town just in time to assist with the man’s arrest.  Wednesday morning the young woman was brought before Judge McJimsey charged with being drunk. She pleaded guilty and admitted breaking some windows in her jail cell.  She gave her name as Irene Woods and lives at Gainesville.

Employment of a fourth grade techer is announced this week by C.W. Parker, superintendent of Ava Schools.  the new teacher if Miss Alvada Keeney, a Texas County girl who taught last year in the Licking school.  She will take the place of Miss Vivian Uhlmann who has accepted a job teaching the fourth grade at Yelm, Washington next year.

Dan Rogers of New York, editor of news from South America for the United Press Association, returned to New York Tuesday after visiting his farm at Mt. Zion and purchasing another farm south of Ava.

James Curry who is stationed in a naval air base arrived in Ava Saturday evening and spent the night with his parents, Mr. and Mrs. J.E. Curry.

People who say things cannot be done are constantly being interrupted by somebody doing them.

Maybe it is the little man’s war.  Stalin, Byrnes and some of our fightingest generals are under five feet six.

There are fairly strict rules for labeling ships of war. A battleship is named after a state, a heavy cruiser rates a big city, a destroyer honors some navy hero or some distinguished friend of the Navy, and a submarine takes the name of a fish or some animal that is at home in the water.  But until now no ship has been named for an imaginary place, the creation of a story-teller’s dream. One is going to be so entitled  It is, of course, the Shangri-La.

Walter Cook, 21-years-old, and his brother Jno. T. Cook, 30-years-old of Hilo, and Hiram Lewis of Smallett were arrested in Ava Monday by Deputy Sheriff Grant Eslick on charges of evading the draft law. All three registered before the local board and were released.

Everett Fletcher and Elmer Hodge who live west from town are confined with fever this week.

Word has been received that Corp. Guy B. Benson of the east end of the county has arrived safely overseas. It will be remembered that Mr. Benson was one of the first five to be called to the colors from Douglas County.

T. F. Evans has moved his family into their new home at Mt. Zion.

The tent meeting which has been conducted at Gentry School House for the past three weeks by Misses Bertie Garner and Ada Nash closed Sunday night with a sweeping victory.

MT. ZION –– Mr. Hall, the canning factory man, is arranging to drill a well and to finish the factory so that the canning may begin as soon as possible.

The mining company is having ore hauled to Norwood, filling a car load of sample ore to ship to a smelter.

OAK FOREST ITEMS –– Mrs. Akers received a telegram stating her son, H. J. Akers had been wounded in action July 19 in the Battle of the Marne.

ROCKBRIDGE –– Mr. Krider’s house was struck by lightning last Friday and damaged considerably but no one was hurt.

The use of Sage and Sulphur for restoring faded, gray hair to its natural color dates back to grandmother’s time. She used it to keep her hair beautifully dark, glossy and attractive.

A little daughter made its arrival at the home of Mr. and Mrs. Steve Tate last Saturday.

WASHINGTON –– French and American commanders are equally enthusiastic over the magnificent fighting of the American Marine brigade.  Assistant Secretary of the Navy Roosevelt today cabled Secretary Daniels after a visit to the front.

It makes a man wonder what’s wrong with the world to read in Commerce Reports that Argentina is using wheat bran for fuel. One company, producing 280 tons of bran daily burns 100 tons, and sells the rest for fuel.

New Maxims For Users of Sugar –– Let one tablespoonful of sugar do the work of two.  …   Limit consumption of sugar to three pounds a month.  …. Use less in everything.  …   The prodigal use of sugar customary in pre-war times must be discontinued.

Howard County turkeys are getting fat on the grasshoppers.

Missouri gas well water is good for the effects of poison oak or poison ivy.

Marshfield claims its site as the highest spot in the Ozark mountain.

The Missouri grape crop this season promises to be something extraordinary.

Twenty-nine Missouri fairs are to be held this year, so far announced.

Five convicts have lately escaped from the penitentiary: four by climbing the wall and one by hanging himself.

The Carthage jail has received ten new steel bunks and still there are boarders who are compelled to sleep on the floor.

A rattlesnake four feet and one half long, and seven inches around the wait, was recently killed in Grundy County.  It had 13 rattles.

James Jackson of Campbell Township was brought to Ava on Monday in custody of the constable under a charge of abandoning his wife.

Pros. Atty. Farnesworth met with a serious accident on Saturday. He had started in company with his little daughter, Miss May, for Gainesville, where he was going to attend circuit court, and when about three miles south of Ava his horse ran away, throwing him on the wheel of the buggy in such a manner as to break one of his ribs.  Mr. Farnesworth was brought home and is still confined to his room.  Miss May escaped without injury, except being badly frightened.

A little son of Sampson Barker, who lives on White River, near Forsyth in Taney County, made a lucky find a few days ago. The boy spied on the bank, half covered with sand, some rusty tin cans.  On investigation he turned out of the old vessels $1800 in gold and silver coins. They ranged in date from 1840-1850. No one knows anything about the present owner. It was likely buried during the war by someone who was killed afterwards.

Last Thursday night two hardware houses at Billings were burglarized, the stores of the Billing Hardware Company and Lon Turner.  About $800 worth of cutlery was taken – mostly knives and razors.  For several days four men from Kansas had been loafing about, and they are suspected of having committed the crime.  They were arrested by Deputy Sheriff Thornton, and Constable George Norman of Polk Township, last Sunday morning.  The prisoners were handcuffed and chained to the seat of a three-seated spring wagon, and the two officers occupying the front seat started to Ozark with them.  Near the James River, upon looking back, the officer found that the two men on the rear seat had disappeared. They had taken off their shoes and by their means, slipped their feet from the chains and started to escape handcuffed together.