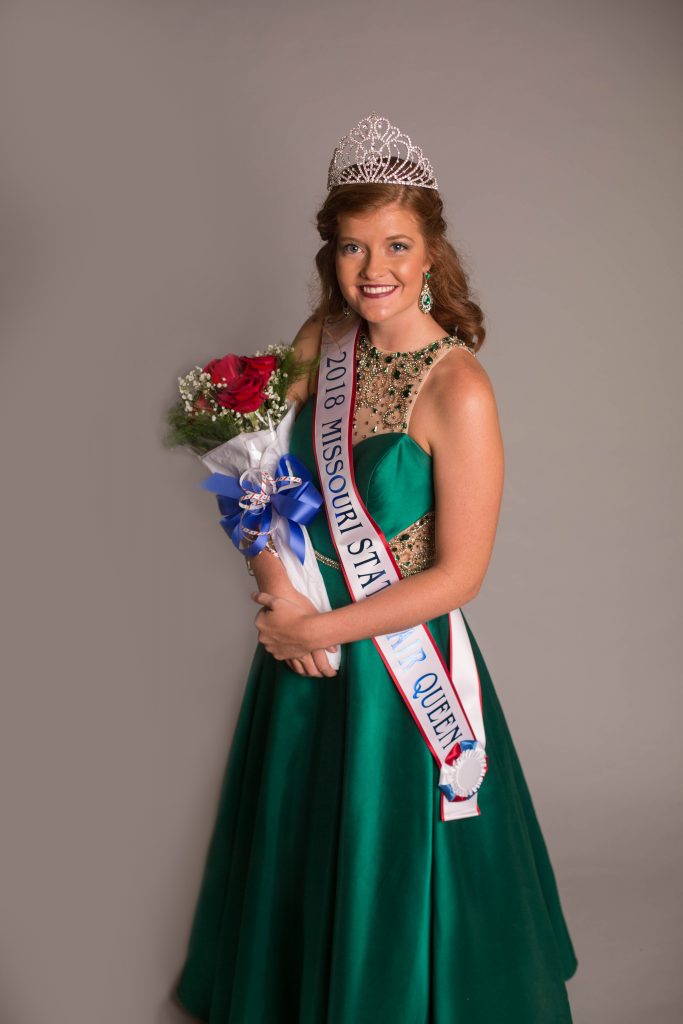 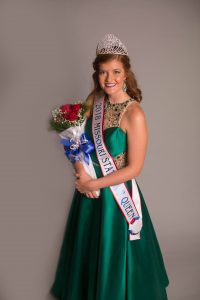 Miss Samantha Nelson from Higbee was named the 2018 Missouri State Fair Queen in a ceremony held on opening day Thursday, Aug. 9. Miss Nelson received the highest score of 48 contestants vying for the title in the two-day competition held in the Mathewson Exhibition Center. Miss Nelson will reign over the remaining State Fair events and be an ambassador for the State Fair and Missouri agriculture throughout the coming year.

Miss Nelson is 18 years-old and studies Nursing at Moberly Area Community College. As Queen, she will receive a $2,000 scholarship to continue her education. She entered as Miss Howard County and is the daughter of Neil and Angie Nelson.

“As Missouri State Fair Queen, I am most excited to experience new things that I have not been exposed to during the 18 years I have attended the Fair with my family,” Nelson said.

Participants in the queen pageant were judged in multiple areas including interview, speech, talent and evening gown.

Miss Nelson is the 18-year-old daughter of Neil and Angie Nelson and is a sophomore at Moberly Area Community College.