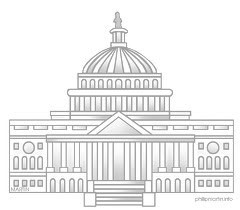 This week as Missourians celebrate 197 years of statehood, we rejoice our rich history and heritage as a land of growth and free expedition. Our slice of God’s country, appropriately located in the heartland of America, has been at the heart of American history, adventure, and producing quality American-made goods enjoyed by the entire world. Missouri has been my family’s home for seven generations, and I want to preserve our beautiful state as a gateway to opportunity and free living for future generations.

Though not formally granted statehood until 1821 as part of the Missouri Compromise, Missouri’s importance to the Union predates our statehood. Before Meriwether Lewis and William Clark started in Missouri to cross the western portion of the United States for the first time in 1804, Ste. Genevieve was established as the first settlement in the United States west of the Mississippi in the early 1700s. Hundreds of thousands of adventurers started their adventures in the Show Me State to build new lives and settle the land for future generations as they embarked westward on the Santa Fe Trail and the Oregon Trail. The spirit of adventure and exploration has been in Missourians’ blood and in our core throughout history. Having already paved the path for western expansion, Missourians looked to the air in the 1920s and funded then-unknown pilot Charles Lindbergh’s first nonstop transatlantic flight from New York to Paris. In 1927 the world watched in awe as Lindbergh and his single-engine plane, aptly named the “Spirit of St. Louis,” landed in Paris, breaking new barriers and inspiring the world.

While Missourians have been at the heart of American exploration, they have also shared the burden and toll of American battles. As the 3rd most fought over state in the Civil War, more than 1,000 battles took place in the Show Me State. Much like the nation as a whole, Missouri was a family divided, with neighbors fighting neighbors and brothers fighting against brothers. Decades later 450,000 Missourians answered the call to fight for our country following the attack on Pearl Harbor. General Omar Bradley, from Clark, served as General Eisenhower’s right-hand man and commander of the ground forces in the D-Day invasion of Normandy. And it was on the U.S.S. Missouri where Missouri native President Harry S. Truman secured the Japanese Surrender to the United States in Tokyo Bay, ending World War II.

Missouri’s heart and soul can be felt in Missouri-made products that contain a certain character that America and the rest of the world finds endearing. Mark Twain, born in Florida, Missouri, captured the heart of the nation with his novels centered around his experiences as a steamboat captain on the Mississippi River. The waffle ice cream cone and iced tea, two American staples, were introduced to the world at the 1904 World’s Fair in Missouri. You can hear Missouri’s music all across the world, whether it’s the rolling folk songs started on our mighty rivers or the bluesy beats invented in St. Louis and Kansas City. From quality beef and beer, to blues music, bars of aluminum, and bushels of soybeans, Missourians leave their mark on the world with quality products reflective of American ingenuity and character.

My family has called Missouri home for longer than we’ve been a state. My great-great-great-great grandfather is buried in southern Missouri, which I am blessed to represent in Congress. To me, Missouri has always stood as a gateway to the freedom to chase your dreams. This week as I traveled across our beautiful state to meet with the farmers and ranchers who feed the world, I met a farmer who recently moved to Missouri. He said his whole reason for moving to Missouri was because he would have more freedom to farm his land and live his life how he saw fit. In Missouri we’re more comfortable doing things our way, and we’re good at it. Sometimes I see people in Washington who think they’re changing the world by writing a new regulation, but one-size-fits-all rules hardly work for every state in the country, especially in Missouri. I want to keep Missouri the gateway to free living that it is, because with fewer federal government roadblocks the Show Me State can show the world what barriers Missourians are capable of breaking down and the new heights we can reach.

It’s an honor to serve the good people of Missouri who do so much for our country in the heart of America. I’m determined to preserve the Show Me State as the gateway to grow a family, a business, a farm, and a better life for future generations. To me, that is the Missouri way of life.