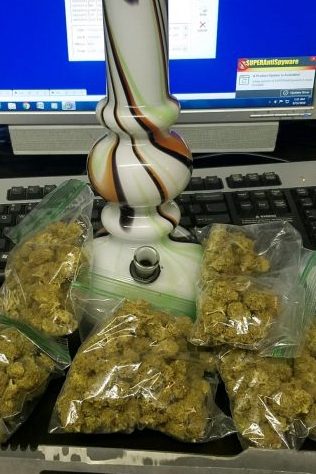 On August 10, 2018, Douglas County Sheriff’s Office served a search warrant on the east side of town. Two individuals were detained, one on misdemeanor charges and two on felony charges.  Formal charges are pending.

During the night hours of August 12, 2018, Corporal Wallace made a traffic stop, resulting in over half a pound of marijuana being seized.  The subject has been detained on a 24-hour hold and formal charges are pending.

On the morning of August 13, Douglas County Sheriff’s office transported nine inmates; eight males and one-female, that had been sentenced to the Department of Corrections on Law Day.

Sheriff Degase and the entire Douglas County Sheriff’s Office would like to remind everyone that with school starting this week, individuals need to allow more drive time to and from work due to school buses being out and about.

Also, be mindful of students walking to and from school, and those passing through crosswalks, as well as entering and exiting buses. Excitement overtakes the smaller students and they often forget to look for cars, so please look out for them.