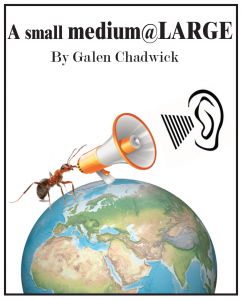 “The good of the people is the highest law.”  Cicero

“The profession of law has become ideological brainwashing to the extent it is a defense of the excesses of the capitalist system.” David Korten

“We, the People, can no longer independently feed ourselves and nobody has a clue why we should.  All the laws of nature are screaming:  We’re toast! ” Galen Chadwick

Introduction – the law in interesting times

A symposium on “Altruism, Community and Markets” was held in Washington D.C. last year.  Sponsored by the American Enterprise Institute, Duke Law School, and University of Virginia School of Law, it brought together scholars in law, public policy, economics, and medicine to examine the institutions that promote and restrict market and nonmarket interactions.  They raised a good question: “How can the powers of altruism and self-interest become harnessed to create and distribute goods and services?”

The distribution of goods and services?  It may seem an odd topic, but I came to it in a rather circuitous path.  The googling began, oddly enough, with the annual food fight in Bunol Spain (22,000 tickets sold), led to a poster for optimism (turtle on its back: “I’m flying!”), and ended with “What is the best way to preserve the dignity and worth of the human person?”  And the answer is:  “You secure freedom by establishing limitations over the power of the state.” That, obviously, brought to mind the endless abuse of the Commerce Clause, and here we are.

The Law and Economics Movement holds to the general theory that the law is best viewed as a social tool that promotes economic efficiency, that economic analysis and efficiency as an idea can guide legal practice.  It also considers how legislation should be used to improve market conditions in return.  Law and Economics offers a framework with which to model legal outcomes, and common objectives with which to unify disparate areas of legal philosophy.

This theory ties the legislative relationship of law and the economy to the mundane ways we most commonly experience them, including how much resources are used, in what order, and what techniques or methods are best in terms of regulatory measurement.  However, there are those who claim the current framework of existing commercial laws has proved inadequate. They say that the relationship between law and social justice has become problematic:  We can have democracy and a prosperous, just and sustainable human future.  Or we can have corpora-statist rule.  We cannot have both.

There is a New Yorker cartoon that illustrates the all-too-familiar sides of the debate:  Two Puritans in stiff collars, doublets and cloaks are leaning over the rail of the Arbella as it makes landfall in the New World.  One says to the other, “My immediate goal is to worship God and celebrate His Creation, but long-term, I plan to get into real estate.”

Mark Sagoff, writes in The Economy of the Earth, Philosophy, Law, and the Environment “On the one hand, we can regard nature as sacred, as having a value in itself, a history, autonomy, and diversity that commands our appreciation and respect.  On the other hand, we can regard the natural world as a storehouse of economically fungible resources to be developed for human benefit.”

“Society has two contrasting conceptions of the value of nature that conflict in theory or logic.  One, intrinsic to personal inner life, sees our world as a “divine creation,” the expression of the sacredness of nature.  The other is collective: If humanity develops natural resources efficiently then it can maximize wealth and well-being.”

“As a matter of practice and policy, the law strikes a balance between these two ways of construing the value of nature.  It is one thing to protect the health of nature ‘for its own sake;’ it is another thing to judge its worth in terms of its economic consequences. Whether they conflict depends upon the economic importance of what is at stake.”  And that is the Law and Economics Movement in a nutshell.

Today we have a system that is based on the rationale that if you are making money you are thereby making a contribution to society.  Not surprisingly, symposiums like “Altruism, Community and Markets” solidly back the have/have not, establishment view of reality.   Understandably, their desire to “promote and restrict market and nonmarket interactions” doesn’t imply a stampede towards profound societal transformation.

The idea that sustainable economic development can be the foundation for a deep and substantive inner change in society does not fit establishment views.  Why should it?  The contrasting ways to “value” the natural world are equally valid; the two approaches can only stymie each other if we try to pack them within the same normative and conceptual framework.

However, the idea of altruism as a bridge between two realms in law got my attention.  A cultural revival that begins with charitable giving, as can best be directed by enlightened self-interest (20 Year Plan}, is the philosophical basis of the Farm Resettlement Congress’ drive to restore local food and energy sovereignty (autarchy) to Ozark watershed communities.

Volumes have been written on the powers of altruism and self-interest. However, these uncertain times beg for an update: the challenge to humans is to extract Natural Capital within an ecological economy that saves something for the future.  We could, for example, adopt a new accounting system that recognizes the Earth’s economy as the prime producer and mover of things.  We could apply a sustainability timeline to our economic goals, and give something of equal value back, an approach the symposium sponsors may not leap to consider anytime soon.

This Intro to “Altruism, Community and Markets” could help further the discussion:

“From the nineteenth century until the final decades of the twentieth, the notion that Adam Smith’s two leading works- The Theory of Moral Sentiments and The Wealth of Nations- stood in opposition to one another was widespread.  The Theory of Moral Sentiments depicts a civil society in which human conduct is grounded in sympathy, while the market economy portrayed in The Wealth of Nations is seemingly based upon the pursuit of self-interest.”

“Yet upon careful inspection, the two works form a coherent whole, with the Theory of Moral Sentiments “focusing on mankind’s inner life and the cultivation of the virtues that undergird the dynamic commercial society celebrated in The Wealth of nations.  It turns out that both altruism and self-interest are crucial for constituting society.”

If so, maybe a law symposium on managing and sharing Natural Capital would be compelling if partnered with a larger audience.  I would ask, for instance, those in favor of an Article V Convention of the States how can the law referee the development of a more fulfilled economic accounting process that remains integral to original expectations of democracy ?

And, if altruism is crucial, what about husbanding an ecological balance of accounts for future generations?  For starters, we need a reporting process that works for everybody.  If rights are “natural,” if in the words of the Declaration of independence it is “self-evident that all men are endowed . . . with certain inalienable Rights” . . . where do these rights come from?  Does Natural Law really exist outside the formal structure of humanly enacted law?

Today’s regulatory “green wash” follows an explosion of technological, societal and scientific change, and the resulting gaps in the law foment legalized corruption. The Environmental Protection Agency is a bureaucracy of loop-hole specialists. The word “sustainability” means whatever you want it to.  We started with government “by and for the people.”  Now it’s government by the powerful and privileged.

On the other hand, if rights are nothing more than the product of human law, what argument is there for allowing the “rights” of a few people to outweigh the preferences of the majority?  “Ours,” says David Korten is a suicide economy that destroys the very foundations of its own existence” (When Corporations Ruled the Earth).   Discussion needs to go beyond a focus on these growing gaps in the law- not least because it still reflects the profound conservatism of its feudal origins.

We have the economic capability, if not yet the will or popular awakening, to reform the marketplace from the rural grassroots, a process of economic decentralization that forces a shift to a more Living Earth framework.  We can demonstrate the power of altruism and selfless service to revive our nation.  Call it an exercise in faith.

For those who love the law, sanity means we divorce ourselves completely, yet responsibly, from the powers and technologies that are destroying our planet.  But, given a willingness, how is this to be done?  Where to even begin?  Coming next week:  A critical look at a Triple Bottom Line accounting basis and Rudolph Steiner’s theory of threefold social order.