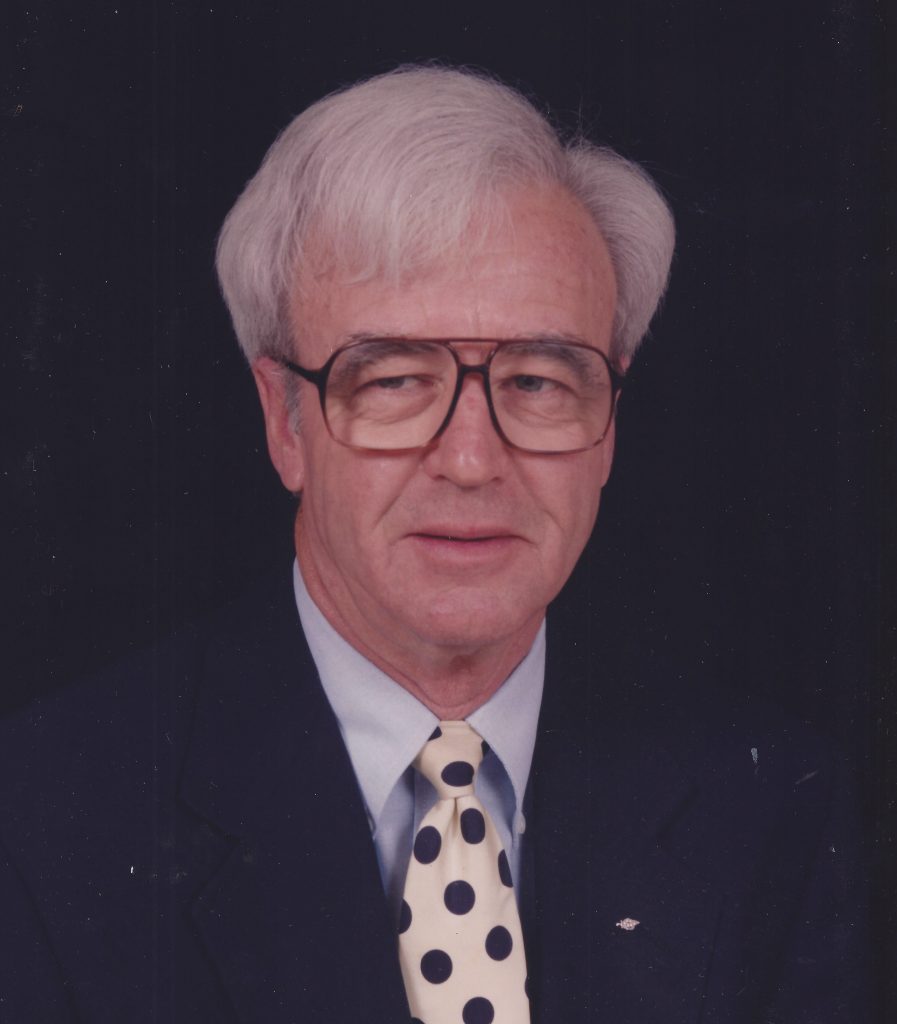 Melvin Lee Binley was born December 5, 1933, in Olathe, Douglas County, Mo., to Melvin Arthur and Velda (Pope) Binley. He departed this life August 2, 2018, at Mercy Hospital in Springfield, Missouri, surrounded by loved ones.

Lee was raised in Mansfield, Missouri, and was a graduate of the Mansfield High School Class of 1951. He moved to Seymour in his early 20s, and on May 1, 1953, he wed Nancy Carter. They raised two children, James and Karen.  They were active members in the Seymour United Methodist Church and showed their children the importance of having a church upbringing. They were happily married for 47 years until her passing on September 1, 2000.

As a young man, Lee became the working owner of Carter-Binley Gas & Appliance and worked alongside his wife to serve the Seymour area. Lee was the youngest man ever voted to serve as mayor of Seymour and continued to do so for 15 years. He also served his community as the Seymour Fire Chief, 1975-1976, and as presiding commissioner of Webster County for a time. He later worked for Se-Ma-No Electric Coop where he retired in April 2005, after 15 years as General Manager.

Lee was just as active in giving back to his community, wearing many hats in local organizations. He was a loyal member of the Seymour Lions Club for almost 64 years – and with perfect attendance.  In 1969-1970, Lee was the Lions District Governor. He was a member of the Greater Seymour Area Foundation, President of the Arts Council, and a founding member of the Annual Seymour Apple Festival, helping every year for 42 years, also serving as chairman for a time.

On September 26, 2003, Lee married Bertia Kaye (Rippee) Coffman, and they would become best friends, volunteering side-by-side, fully supporting their causes. Lee and Bertia enjoyed traveling together, and Gulf Shores was a regular destination. They liked to fish and cut-up and spend time with grandchildren. Lee and Bertia had recently made Marshfield their new home.

In addition to his parents and wife, Nancy, Lee was preceded in death by his son, James, in August of 1985.

Lee is survived by his wife, Bertia, of the home; his daughter, Karen McMillan and her husband, Dan, of Marshfield; his grandson, James Paul McMillan and his wife, Becca, of Republic, Missouri, and their son, Grayson;  stepdaughter, Dawn Ricks and husband, Shawn, of Niangua, Mo., and their children, Deanna Still of Strafford, Brittany Davis and husband, Allen, of Niangua, Aaron Ricks of the home; stepson, Jeffrey Coffman of Springfield, and his children, Abby and Isabel Coffman; and stepdaughter, Danielle and husband, Michael, of Seymour, and their children, Chelsey Cantrell and husband, Jake, Mikayla Robertson, Shelby Robertson, and Gracie Robertson – all of Ozark, Mo.; and four step-great-grandchildren, Kira Cantrell, Allie Still, and Lane and Aubree Davis; and many, many more dear friends and neighbors.