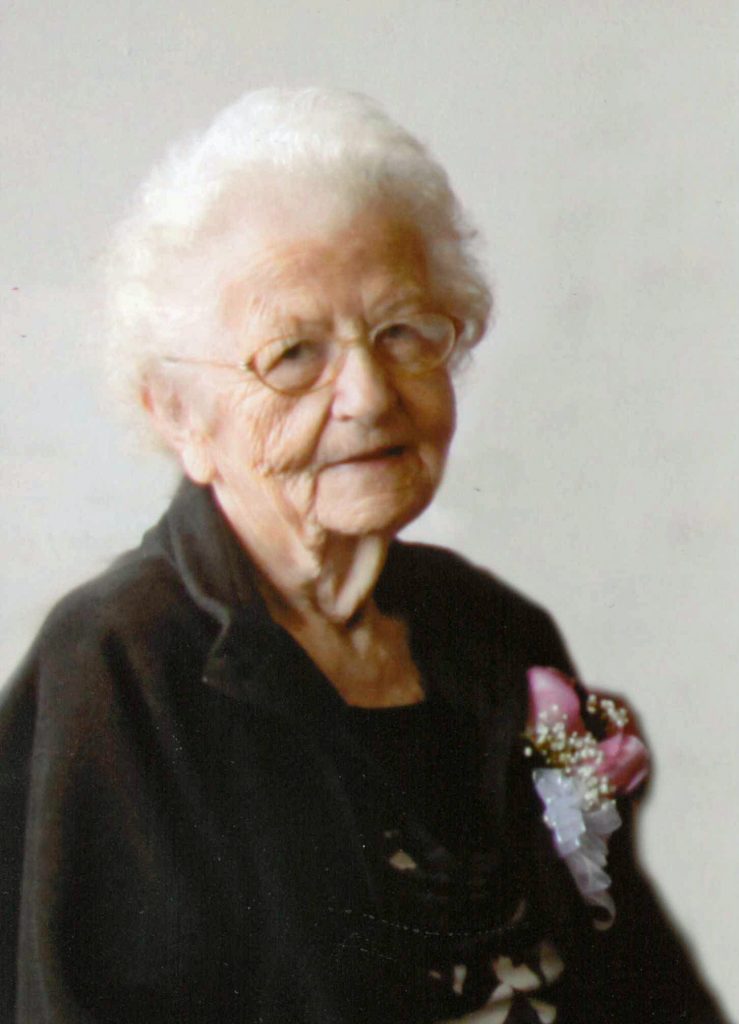 She attended school at the rural Whitescreek and Kolb Schools and was of the Class of 1941, at Ava High School. She went on to earn her teaching degree from the Southwest Teachers College (now MSU).  On November 23, 1942, Dorothy was married to Fred Spurlock, at the home of his parents, in Squires.  They enjoyed celebrating their 62nd anniversary just before Fred passed away in 2004.

Dorothy was a merchant along side Fred from 1956 until the time of her death.  She had also taught several years in rural Douglas County schools and served as Postal Clerk at the Squires Post Office from 1956 until 1971.

Being raised on the farm in rural Douglas County, coming to Squires and working with the public was quite an adjustment in her early life, however she soon made the community as close as family and was regarded by many as a second mom or granny (as she was fondly called).

Recently reminiscing over the nearly 94 years of her life, Dorothy commented that the hardest time she lived through was World War II.  Just two weeks after getting married, Fred left to serve in the War overseas.  They wrote each other daily, but she never knew if she would ever see him again until he was discharged at the end of World War II.

Dorothy was a Christian, however she never claimed nor joined any specific church.  She along with her sister-in-law, Ethel Warden, kept the Kolb Sunday School going many years after the school had consolidated and closed.  She served as Sunday School teacher and hymn leader for those that gathered.  Growing up she attended Girdner Church, and later attended Frye and Murray Churches.

Dorothy is survived by two sons, Reggie Spurlock and his wife Eunice and Randy Spurlock and his wife Renee, all of Squires.  Five grandchildren, Jared Spurlock, Squires, Regina and Michael Hampton, Squires, John and Katie Spurlock, Hollister, Sarah-Bo and Logan Kirchhoff, Warrensburg, and Julia and Chuck Ushing, Squires.  Four great-grandchildren, Joslin, Isaiah, Aaron and Zachary Hampton (plus Dorothy was excited to know three great-grandchildren would be born in the next five months).  Dorothy is also survived by her sister-in-law, Alice Walker of Raymore, five nieces and nephews and a host of other relatives and a community of friends.

Services will be held Friday, August 10, 2018 at 11:00 a.m. in the Clinkingbeard Chapel, Ava, MO with burial following in the Girdner Cemetery at Girdner. Visitation is Friday prior to service from 10:00 a.m. to service time in the funeral home. Officiating will be Pastor Oren Alcorn and Priest John Spurlock. Memorials may be made to the Girdner Cemetery or American Heart Association. Services are being conducted by Clinkingbeard Funeral Home, Ava, MO. On line condolences may be made to www.clinkingbeardfuneralhome.com.