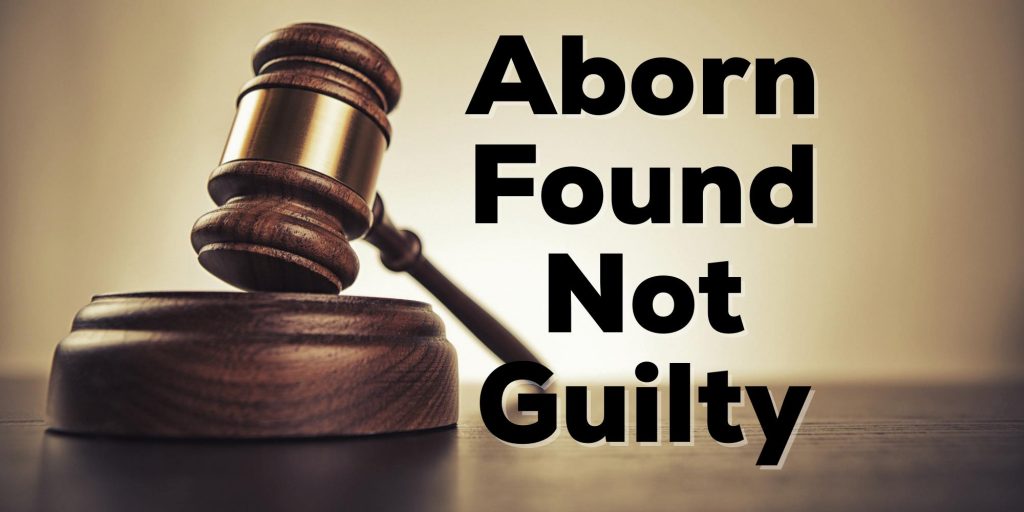 Not guilty on all four counts was the verdict announced last week in the second-degree murder trial of James Lee Aborn, of Ava, who was charged in the shooting death of his brother, John Aborn, age 56.

The charges revolved around a shooting incident that lasted maybe ten minutes and occurred either on or near Lee Aborn’s property located approximately two miles west of Ava, just south of Highway 76.  The event occurred January 26, 2017.

According to available police reports, John Aborn apparently did not fire a firearm during the incident, but was shot with a .380 caliber bullet and did not survive.

In court proceedings it was disclosed that ‘bad blood’ had existed among the parties for some time. During the trial, there was testimony used as evidence that in 2011, John Aborn had been arrested and subsequently charged in a shooting incident involving David Aborn as the alleged victim.  Following a 2012 trial and a guilty finding, the Honorable Circuit Judge John Moody sentenced John Aborn to four years in the Department of Corrections.  However, John was released after 120 days for good behavior and placed on probation for a term of five years.

In June 2017, five months after the shooting death of John Aborn, the attorney general’s office secured criminal indictments against Lee Aborn along with a charge of assault on his son-in-law, Kenneth Bell of Mtn. Grove, age 45.

In addition, David Aborn, age 39, of Sheridan, Montana, and Lee’s son, was indicted as an accomplice to the charges of murder and armed criminal action, in the death.  The State of Missouri’s case against David Aborn is currently scheduled for trial in February  2019.

Both cases were handed over to the Missouri Attorney General’s office because Douglas County Prosecuting Attorney Christopher Wade disqualified his office due to a conflict of interest,

Lee’s trial began on Monday, June 18, at 9:00 a.m., with the clerk having summoned a total of 106 persons for the jury selection process.  Jury selection took most of the day, but time did allow for opening statements from the defense and the prosecution.

In the trial, the State presented their case findings on Tuesday and rested, with the Defense presenting their side on Wednesday.

Closing arguments were heard Thursday morning, with the trial going to the jury around noon.  At that time, the jury received extensive instructions on the law from the Honorable Judge Craig Carter, who presided over the trial.  A total of 30 legal instructions were given.

After approximately 2 1/2 hours of deliberation, the jury reached a verdict of not guilty on all charges.

Lee Aborn was defended by local Attorney Roger Wall of Ava, Mo., and Judson Wall of Ozark, Mo.  As part of the defense, and in their closing argument, the father and son team cited the Castle Doctrine which gives a homeowner the right to protect his home and family with the use of deadly force.

When asked for a comment, Judson said that his dad Roger Wall took ill after the verdict and has no comment, except to express his gratitude to the jury for handling its difficult duty.