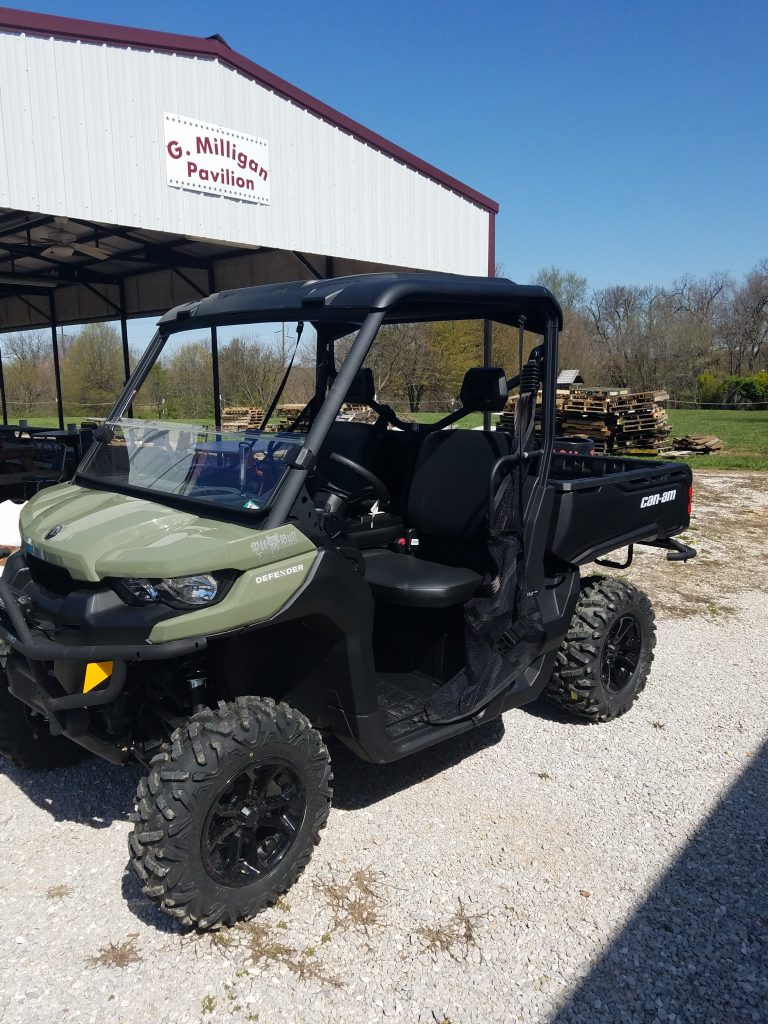 It seems that sometimes in life one is just busier than other times.  This is one of those times for the Douglas County Veterans.

As announced in March, the Douglas County Veterans Memorial Association (DCVMA) were notified they had been selected to host The Wall That Heals in September.  Although that seems some distance away, the coordination and planning has been tornadic.

First, a plan to host The Wall had to be developed; then, notifications had to be sent out.  Over 125 newspapers have been notified, over 25 television stations, close to 50 radio stations, and many have published articles.  Missouri and Arkansas visitor magazines were notified and articles published in their visitor magazines.  Of course, Missouri Roads members, a group of motorcycle riders who are pleasure riders, both civilian and veterans were notified and asked to participate in escorting The Wall to Ava.  In addition over 100 school districts in Missouri and Arkansas have been invited to plan field trips for  students to visit the wall.

Many schools have already responded and plan to attend.

But before any of that could be done the veterans had to meet with the city councils of Ava, Lebanon, Hartville and Mansfield for approval to convoy through their towns. Coordination with the highway patrol was essential since they will be leading the convoy.  Additional coordination with each county sheriff’s department and the state highway department to make sure we don’t violate road restrictions or city ordinances.

This was all done before the veterans could begin advertising or printing flyers and brochures.

Prior to the September event, Douglas County Veterans have continued a busy schedule at a break neck pace.

Every Tuesday the Douglas County Veterans feed breakfast to approximately 75 people.  Every Thursday, they provide coffee to members and visitors.  They have to raise money to pay the expenses of bringing the Wall to Ava so they have been sponsoring raffle sales for a Henry, Lever Action, 410 Shotgun.  They also participated in and sold tickets for the Combat Veterans Poker run in Springfield as well as the open house of the Pitbull Motor Sports and selling tickets there.

They are sponsoring an 85 mile Victory Run on Saturday, May 19 for all motorcycle riders in the area.  This event is a special event for the children in the area.  On Saturday morning at 10:00 a.m., veterans will be giving a child a FREE bicycle safety helmet, compliments of Aaron Sachs, attorney.  In addition Krispy Kreme is providing a free doughnut for each child and Hiland Dairy is providing a free carton of milk. As long as the supply lasts, each child will receive a helmet, a doughnut and a carton of either white or chocolate milk.  Parents, you are invited to bring your kids down and receive these items thanks to our proud sponsors.

The event includes t-shirts, breakfast, lunch, drinks, door prizes and a silent auction to raise the thousands of dollars required to bring The Wall to Ava.  All this is being done while supporting the Monday Nite Jam at the Senior Center, and Thursday Night Music at the DCVMA facility.

The Veterans also took time out from their busy schedule to assist with parking at the city park for the Egg Roll.  With the van, the DCVMA has been averaging taking one veteran per week to a VA facility in Branson or Fayetteville.

Of course, this takes coordination to put this all together and the veterans have been utilizing most of their 185 members to achieve this outcome.

While all these activities are going on, the Douglas County Veterans Memorial Association has partnered with the Missouri Fox Trotting Horse Breed Association to operate and manage the Cook Shack at the Fox Trotters during both their spring and fall shows.

As the event coordinator it is easy to say this has been a good partnership for both the Veterans and the Fox Trotters Association. We have partnered together to bring The Wall to Ava.

The Wall will be located at the Fox Trotter facility north of Ava.  This partnership led to the opportunity to operate the Cook Shack.  The cook shack will be open from 6 a.m. to 30 minutes after the last show each night.

We look forward to a long and prosperous relationship with the MFTHBA.  Our agreement makes it a profitable venture for both of us and we are proud to be a part of this annual event where both parties can continue to serve the Ava community.

After the Fox Trotter show in September, we will only have two weeks to prepare the property and coordinate volunteers to work at The Wall while it is here.  Speakers and dignitaries are still being invited. Many have already responded.  A list of celebrity attendees will be released as we get nearer to the September date.

To complete the fundraising events and ensure we have enough sponsors and money to pay expenses, the DCVMA will begin selling raffle tickets on Saturday, May 19, for a special drawing.  We have already been selling these tickets in Ozark, Branson, Springfield, and Bolivar but now we are inviting the community of Ava to participate.

The drawing will take place on Saturday, September 22 while The Wall is in Ava.  The  DCVMA is raffling a 2018, $17,000 Can-Am, side by side.  In addition, for four Saturdays prior to September 22, we will be giving a gun each Saturday. There are two pistols and two rifles.  One person may win a gun and the Side-by-Side, but not two guns. If a ticket is drawn and you win a gun, your ticket will be put back in the tub to have a chance on the Side by Side.  The guns and vehicle will  be given away regardless of the number of tickets sold.

Tickets for the five chances to win are $20 each.

The picture shows the side by side as a butterscotch color, however, Pitbull Motorsports has put new skin on it. It is now camouflage.

We Serve – Because We care.