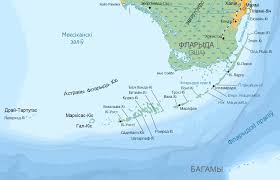 By Dr. Glenn Mollette
Multitudes of people are suffering through the aftermath of Hurricane Irma in Florida. The Keys and the Caribbean Islands are devastated. Other parts of Florida are suffering from damage and no electricity as well. Food and clean water has run out for some.
Hundreds of thousands of people fled Florida being warned well in advance that disaster was coming. I was on Interstate 75 and Interstate 24 and can attest that the highways headed north were bumper to bumper with many of the license plates saying Florida. Lots of Florida people got out of state. Obviously a lot of people stayed in Florida and rode the Hurricane out. Television crews have interviewed more than one person declaring they wished they had evacuated. People throughout the Florida Keys and other parts of Florida have wished they had hit the road north.
Of course not everyone feels this way as many stayed with his or her homes.
Everyone didn’t have the option to leave. Eight people in a Hollywood, Florida nursing home recently reported dead probably didn’t have too many options. Some may not have had close relatives who could have transported them north. Most likely relatives of the recently deceased thought that the nursing home was a safe place for their loved ones to be. Sickly people need dialysis, oxygen and medication. Traveling is a major ordeal.
Millions of Florida people may have felt like they couldn’t leave. Travel is expensive. Everyone does not have relatives or close enough friends to move in with for a week or so. Hotels north of Florida have been crammed with guests.
Many Floridians simply wanted to stay with their homes and ride it out and many did – some regrettably.
Of course there are thousands of people who now cannot get back to their homes in the Keys. National media has been broadcasting the angry people trying to get past police barricades to return to whatever is left of their homes.
People should have a right to stay in their homes but people must realize the consequences. The consequences of those who do stay become an ordeal for everyone else. Police, The National Guard and all others involved in rescue efforts often have to risk their lives to try to save those who would not heed the plea for evacuation.
People were warned about Hurricane Irma. While the Caribbean was walloped it could have been much worse for Naples, Miami and many other cities in Florida.
The story is told of a man standing on the roof of his house surrounded by raging floodwaters. A rescue boat pulled up and said climb aboard. The man said, “No, I’m staying here because God will save me.” A few minutes later another boat pulled up and the rescue crew called out climb in or you will drown. The man yelled back, “I am staying here because God will save me.” Soon the man was holding onto the only visible part of his house and that was his chimney. A helicopter crew spotted him and they lowered the cage for him to climb into. He waved them off yelling to them, “I’m staying here because God will save me!” The man finally was covered up in water and drowned. He stood before God and asked, “God why didn’t you save me?” God replied, “I sent two boats and a helicopter.”
People were warned and warned about Hurricane Irma. Many boarded up and left town. Others boarded up and hung on for their lives. Many tried to prepare. Those who stayed were grossly underprepared for what they are facing. Sadly the numbers of death and missing people are climbing. Millions of people are suffering with their lives reeling from the kind of chaos and loss that no one wants to experience.
Would you have evacuated? At this point it doesn’t matter. Millions formed that opinion and made that decision before the storm hit. Like most of life’s decisions we make them and live with them.
Our prayers are with each one and they are not alone. We will do everything we can to help them.
––––
Glenn Mollette is a syndicated columnist and author of twelve books. He is read in all fifty states.
Contact him at GMollette@aol.com. Learn more at www.glennmollette.com Like his facebook page at
www.facebook.com/glennmollette
Posted in Uncategorized