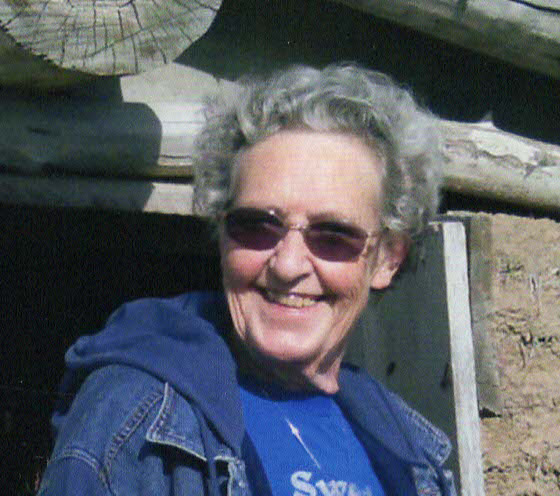 Zilla Ann Lambert, 73 years, 10 months, 16 days old, passed away on Sept. 7, 2017 at Mercy Hospital, Springfield, Mo., with her family by her side.
Zilla was born Oct. 21, 1943 in Sweden, Mo., to Harvie Graham and Annabelle (Sherrill) Graham. She graduated from Ava High School in 1960.
Zilla was retired from AT&T after over 30 years in production in Lee’s Summit, Mo.
On June 13, 1963 Zilla and Larry Parker were united in marriage in Belton, Mo., and to this union they were blessed with a daughter, Jaudawn.
Larry preceded her in death in 1995. Years later Zilla and Charles Lambert were united in marriage on Aug. 6, 2007 in Oklahoma.
Zilla was a Christian and attended the First Baptist Church in Everton. She was a member of the Sweden Church. She also was a proud member of the Communications Workers of America. Zilla enjoyed reading, traveling, and bluegrass music. Her ultimate joy and love was her family!
Zilla was preceded in death by her parents; her first husband, Larry Parker; a sister, Glenda Fern Kresse, and a nephew Odas Kresse, Jr.
Zilla is survived by her husband, Charles Lambert; one daughter and husband, Jaudawn and Karl Janson; stepdaughter, Nasha Lambert; four grandchildren, Billy, David, Hannah, and Joshua; two great-grandchildren, Henry and Freya; a sister, Jewell Hogan; sisters-in-law, Verna Friend, Linda Giammatteo, and Glenna Hansen; brothers-in-law, Tommy Parker, Wes Lambert and Becky, and Bill Lambert; as well as many nieces, nephews, and a host of other relatives and friends.
Graveside memorial services for Zilla will be Friday, Sept. 15, 2017 at 11 a.m. at the Hi-Lo Cemetery on N Highway, Rockbridge, Mo., in Douglas County. Officiating will be son-in-law, Dr. Karl Janson.
Memorials may be made to St. Jude Children’s Research Hospital. Services are being conducted by Clinkingbeard Funeral Home, Ava, Mo.
Online condolences may be made to www.clinkingbeardfuneralhome.com.