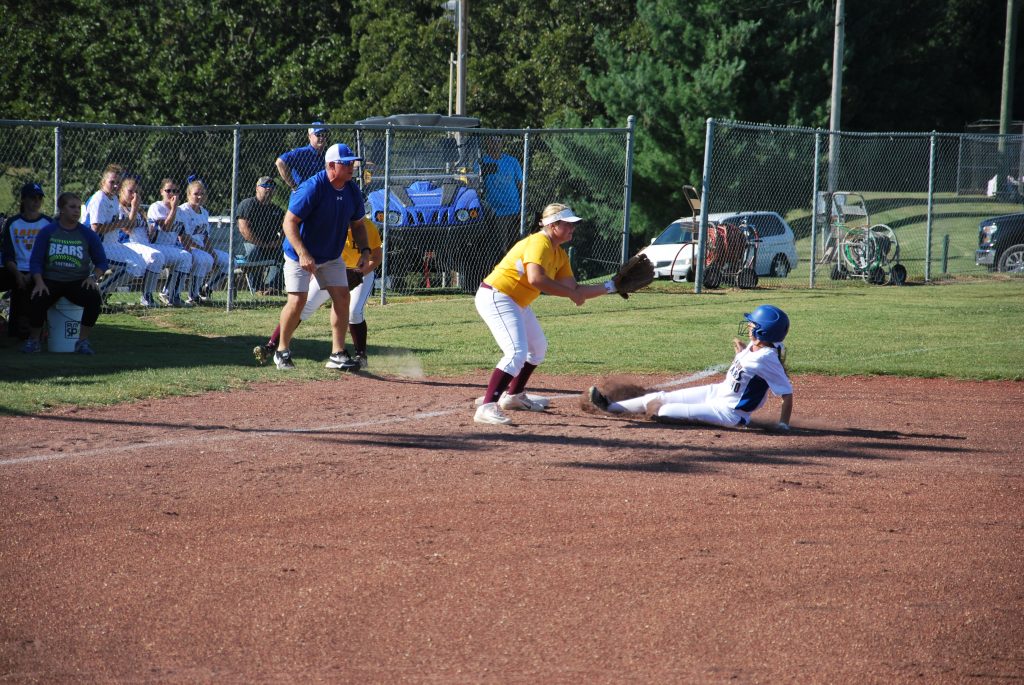 Coach Rex Sawyer keeps an eye on the play as junior Macey Phillips slides in ahead of the throw at third base in the Rogersville game here last week.

Rogersville erupted for 19 runs in the top of the second inning here last Thursday afternoon and defeated the Softball Lady Bears 20-5 in three innings.
The humiliating second inning – which was totally uncharacteristic for this year’s Lady Bears team – saw defensive errors and mental mistakes on the part of Ava and solid line drive hits and even an inside-the-park home run by Rogersville. 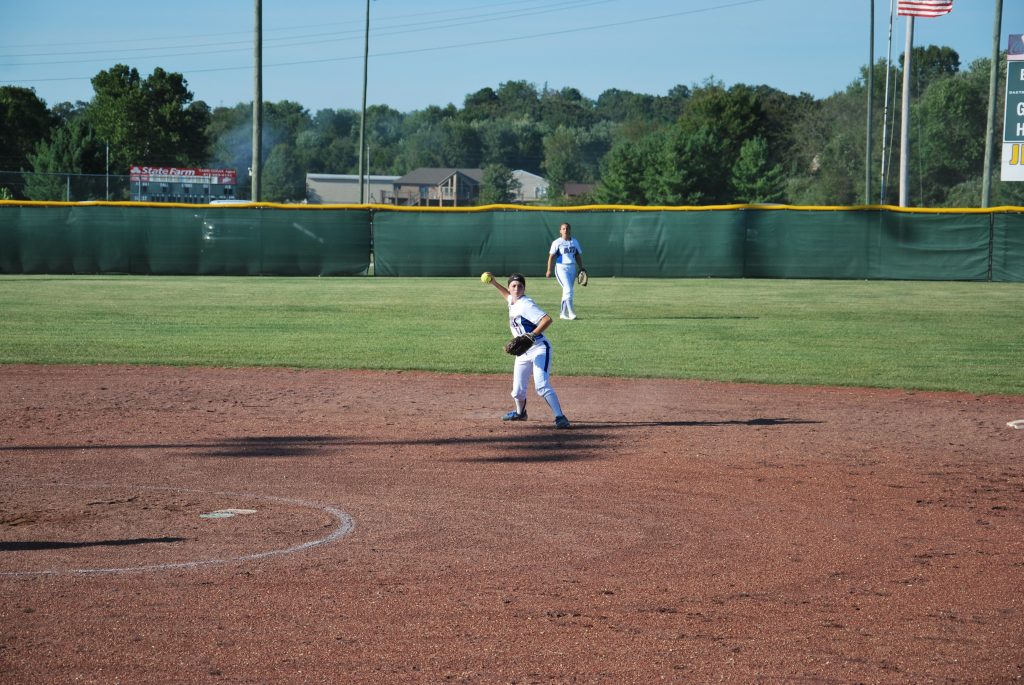 Kiaunna Snow makes a play at shortstop for the Lady Bears against Rogersville last Thursday. 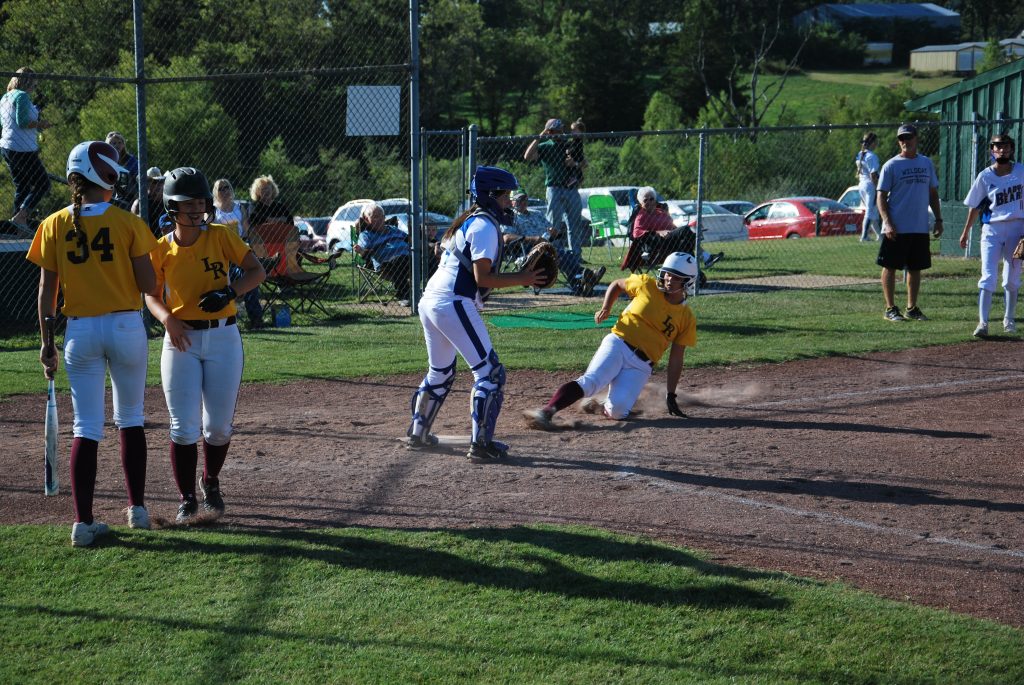 Ava’s catcher Serenity Bristol waits for the throw as a Rogersville player slides in safe at home.

Substitute runners Serena Stewart and Shantel Nagel each scored runs for Ava.
The Ava Lady Bears will be playing in a softball tournament at Norwood this Saturday.
Ava is seeded No. 2 behind Van Buren in the eight-team tournament and will play their first game at 10:30 a.m. Ava will face Gainesville in the first round.
Other teams in the tournament include Dora (3), Norwood (4), Seymour (5), Hartville (6) and Alton (8). Gainesville is the No. 7 seed.
The championship game is scheduled to begin at 4:30 p.m. on the softball field. Games will be played simultaneously on the softball and baseball fields.
Ava will play at Seymour Monday, Sept. 18.