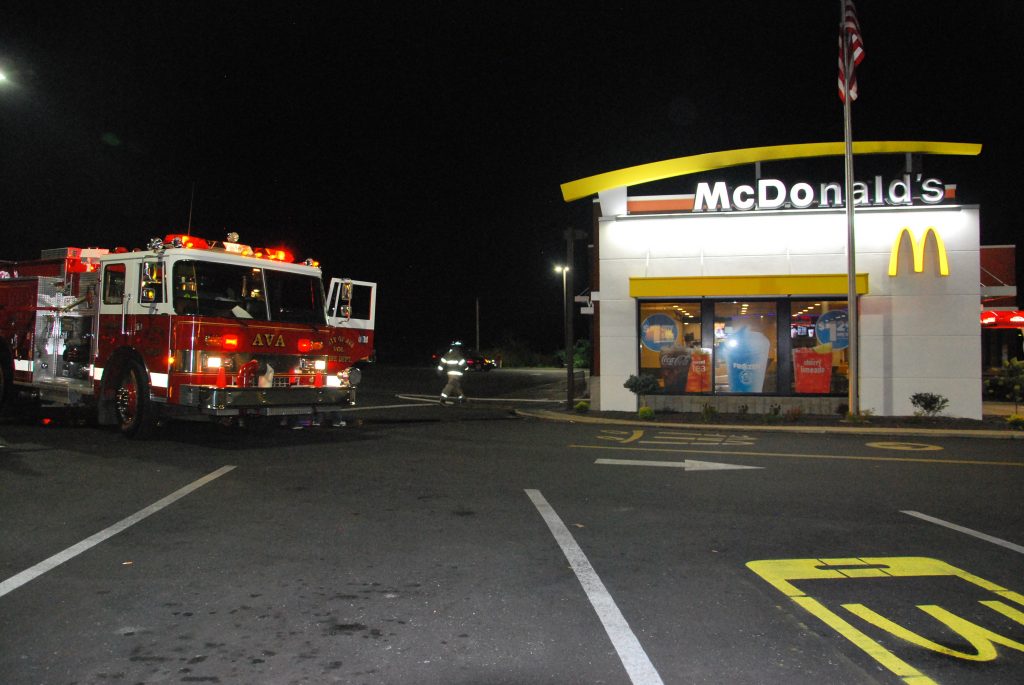 Firetrucks were called to the McDonald’s restaurant in Ava Tuesday evening when smoke began blowing out the ventilation vents in the ceiling. The restaurant was evacuated and the Ava Fire Department was dispatched, but no fire was found in the building. It was determined that the problem was likely in the ventilation system itself.